Learn about the fascinating African country of Tanzania - home to exotic spice islands, Africa's highest mountain, and wild stretches of savannah. Then scroll down to find our collection of flag printables, colouring pages and other fun activities for children. 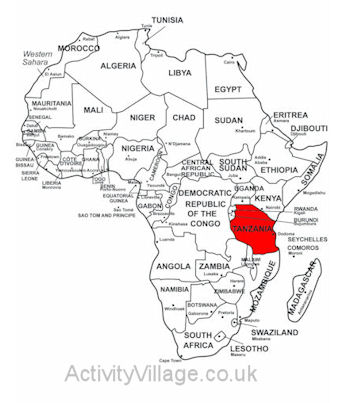 You can print this map of Africa, with Tanzania marked, here. 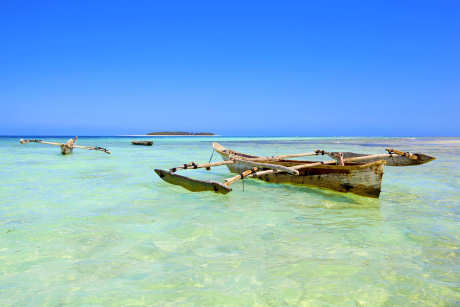 Find out a little about the flag of Tanzania, and print out our flag resources - find them below! 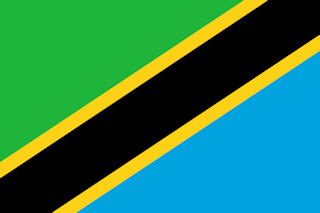 The Tanzanian flag has been in use since 1964, and was a merger of the flags of Tanganyika and Zanzibar. The green colour of the first section represents the natural vegetation of the country, the yellow stripes represent Tanzania's rich mineral deposits, the central black section is for the Tanzanian people, and the blue represents the numerous lakes and rivers found in Tanzania as well as the Indian Ocean. 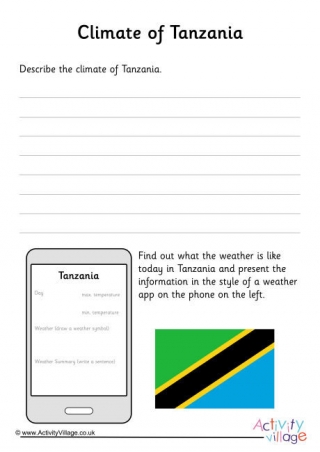 Do some research into the climate in Tanzania and use this fun worksheet to record your findings. 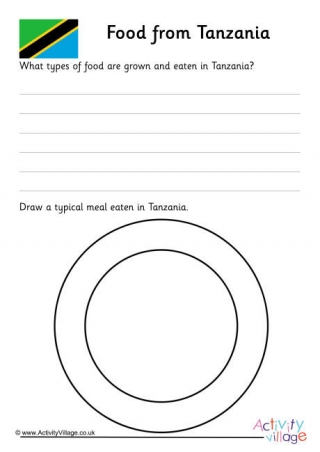 What would you eat if you visited Tanzania? Find out about the local food favourites and record it on this worksheet. 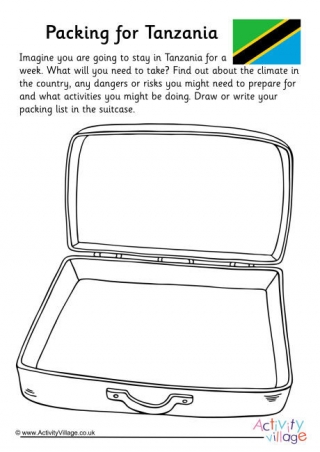 If you were travelling to Tanzania, you might be going on a safari - something to consider when packing your suitcase, perhaps? 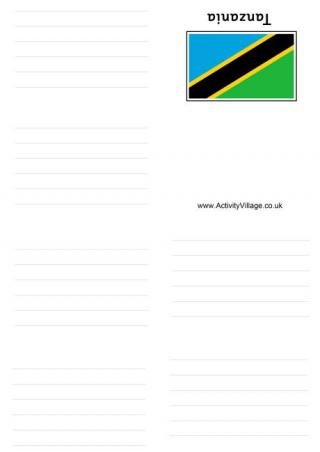 Print and fold our Tanzania booklet and use for your mini writing projects. 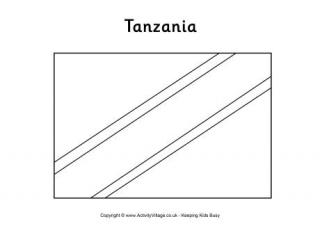 Colour in the simple flag of Tanzania on our colouring page. Make this fun Tanzania flag jigsaw using our Jigsaw Instructions and Cutting Guides, then store in a small bag or box to use again. We've got three different sizes of Tanzania flag printable, so there should be a perfect sized flag to meet your requirements! 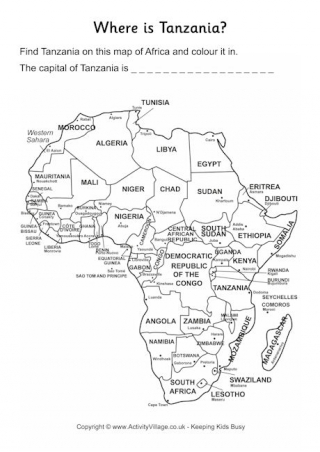 We have two location worksheets for Tanzania - one guided (easier) and one not. This pretty national flower colouring page for Tanzania would look lovely coloured in then finished off in a frame. Write down everything you have learned about Tanzania on our printable notebooking pages. This useful map shows Tanzania on a simplified map of Africa, to give children an idea of its size and neighbours. Find out some facts and record what you've learned with our Tanzania fact-finding worksheet. 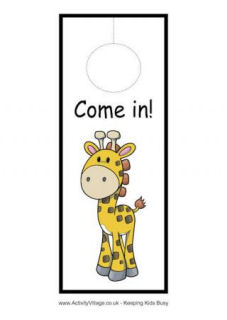