In this traditional Russian tale, a Prince goes on a great quest in search of the Princess he is meant to marry, with the help of the Fire Bird. But it's not quite as simple as that, as the Princess has an evil sister who places a spell on him! You can download this lovely fairy tale to print and read with the children, and for older children to read by themselves. We also have a collection of colouring pages illustrating the story. 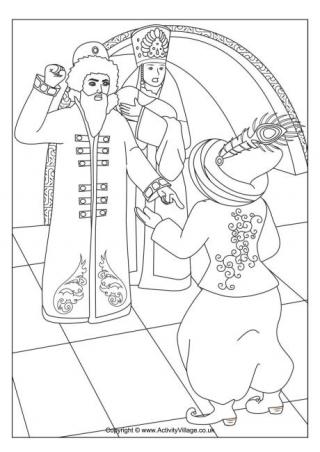 Our first colouring page from the Russian fairy tale, The Fire Bird, shows an angry king demanding that the Persian wise man stay in his palace and protect his first-born son. 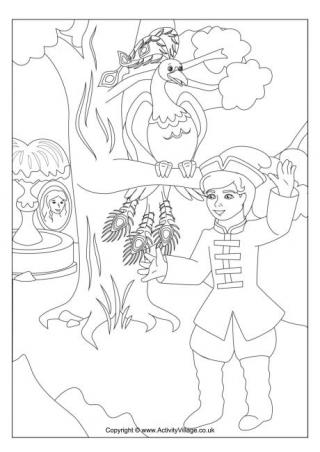 The scene in The Fire Bird when the Prince finds the bird in the cave is depicted in this colouring page. There is a pond and fountain in the distance, and any minute now the Prince will notice the image of the Princess and fall in love with her! 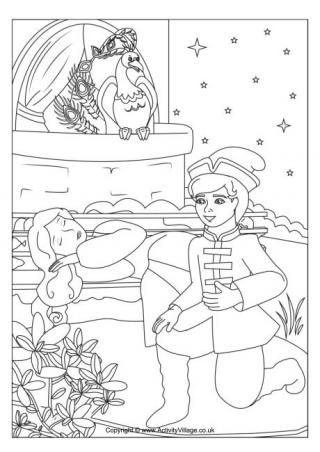 In our third colouring page from the Russian fairy tale, the Fire Bird has flown the Prince to the gardens where the Princess sleeps, ready to meet her love for the first time. There is lots of detail here for the kids to colour in. 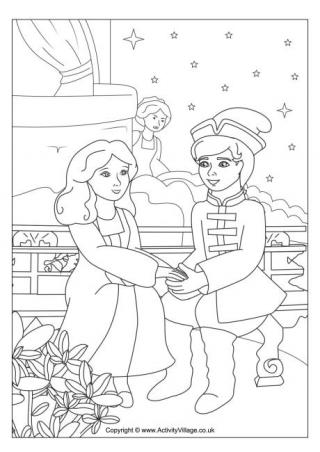 Can you see the Princess's sister, the Sorceress, hiding in the background of this colouring page? It looks like she is going to cause trouble! 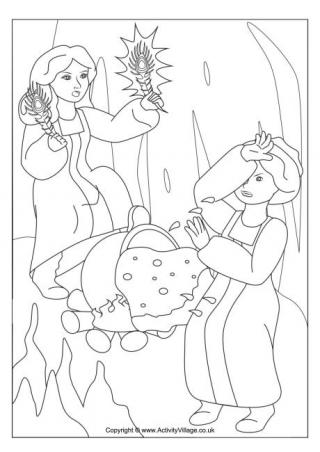 Here's another scene from The Fire Bird for the kids to colour in. 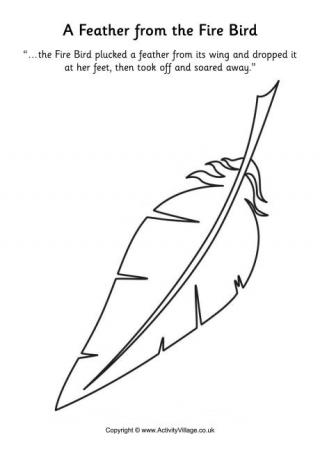 Here's a feather to colour in to accompany the story of the Fire Bird. Remember, the Fire Bird's feathers are precious - shimmering and quivering and full of magic! "From every feather flashed rays and sparkles of light..." 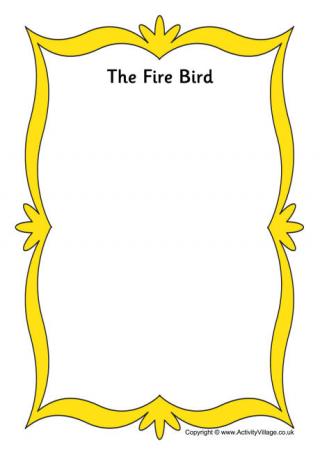 Use this fun frame for drawing your own picture of the Fire Bird, or any of the characters from the story. We have a coloured and a black and white version for you to choose from. 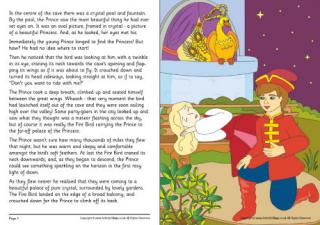 Here are two printable versions of our version of the traditional Russian fairy tale, The Fire Bird, one with colour illustrations and one with black and white. 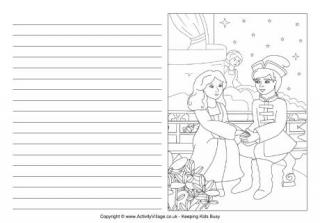 Children can write their own version of The Fire Bird using our story paper, which is illustrated with five pictures from the story to prompt them.