The Jay and the Peacock

This is the story of a bird who didn't think much of himself, and believed that a fine costume could make him better! It is one of Aesop's Fables, and we've retold it in modern language for today's children. Read it online here, or find a printable version below.

A jay, who felt that he was a very plain bird, came across a pile of peacock feathers on the ground one day. He gathered up a big bunch and then tied them to his tail.

Very pleased with himself and the way he now looked, he left his friends behind and strutted towards a group of peacocks. But as he grew closer they saw what he had done, and were angry with him, and pecked the peacock feathers off his tail, and sent him away with his tail between his legs!

The jay sadly walked back to his friends, but they werent impressed. In fact they were very annoyed with him! Who did he think he was, pretending to be better than them?

And the moral of the story is that it is not only fine feathers that make fine birds! It is what you are inside that counts. 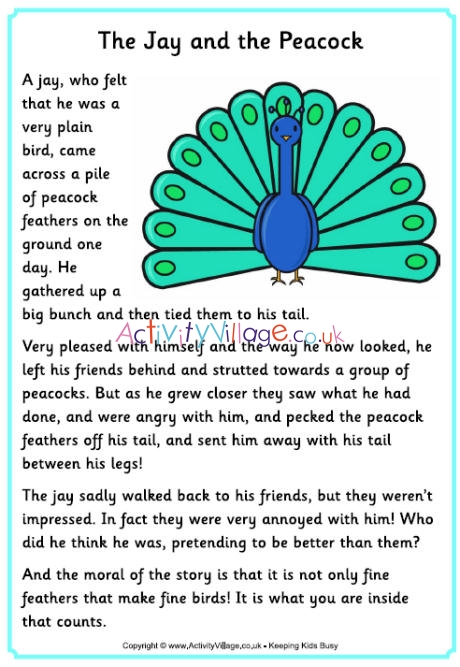 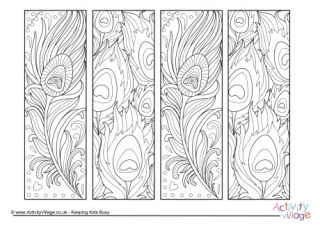 Show how much you care by colouring in one of these beautiful peacock feather colouring bookmarks as a special handmade gift. 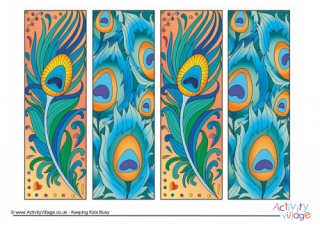 These peacock feather bookmarks would make a lovely gift. Print on to card, laminate and finish off with a home made tassel. 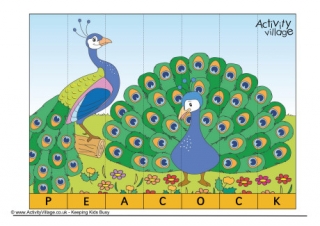 Follow the dotted lines to cut this peacock spelling jigsaw into 7 pieces. Children have to complete the picture to spell out the word.