Find out more with your children about one of the world's most beautiful buildings, and scroll down to find a collection of printables to help in your studies... 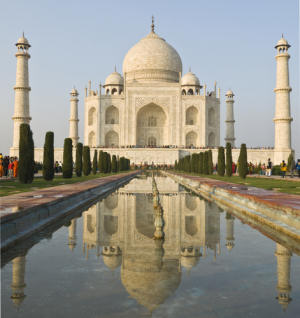 Facts About The Taj Mahal

The History Of The Taj Mahal

In the 17th century, most of the country we now know as India was ruled by the Mughals, an Islamic people who were extremely powerful in the area for over 300 years.

The Taj Mahal was built because of a love story! In 1607, Prince Khurrum of the Mughals, at the age of 14, fell in love with a 15 year girl and became engaged. The couple had to wait 5 years for their wedding day, but then had a long and very happy marriage. Prince Khurrum became Emperor in 1628 and was then known as Shah Jahan ("King of the World"), and his wife was known as Mumtaz Mahal ("Beloved Ornament of the Palace").

In 1631, Mumtaz Mahal died while giving birth to their 14th child. The grief-stricken Emperor ordered that a beautiful memorial to his wife should be built. 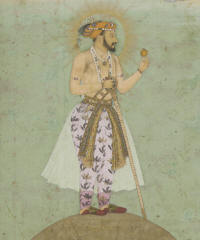 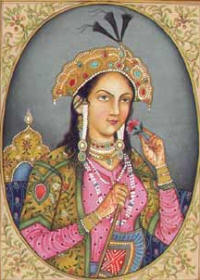 The Emperor Shah Jahan and his beloved wife, Mumtaz Mahal

Shah Jahan, although devoted to his wife, is known as a cruel leader, who killed his brothers to make sure that he became Emperor. Eventually, in 1657, he was overthrown by one of his sons, and he spent the last 9 years of life locked up in a tower overlooking the Taj Mahal. 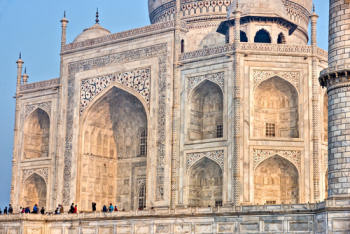 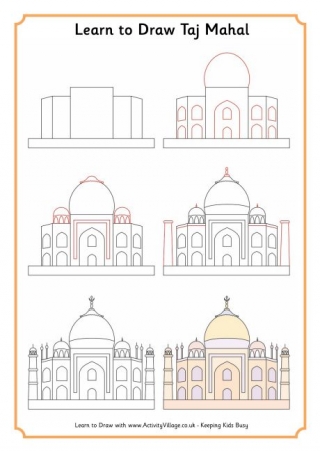 Learn to draw the beautiful Taj Mahal! Of course this is a simplified version, but if you follow the steps carefully I think you will soon have a recognisable Indian palace... 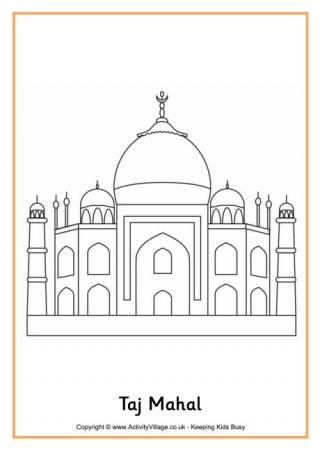 Here's a simple colouring page of the Taj Mahal for younger children. 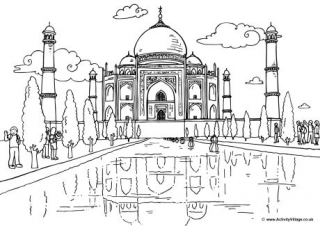 This colouring page of the Taj Mahal is aimed at older children. We think it really captures the beauty and splendour of the palace. 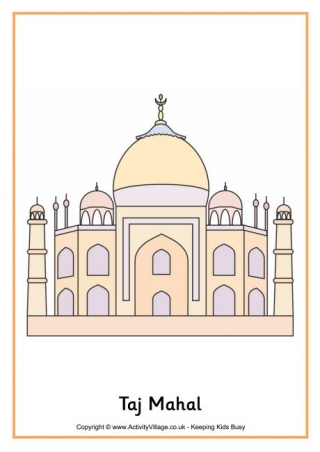 Here's our simplified illustration of the Taj Mahal in poster format, useful for a project cover or for display, perhaps. 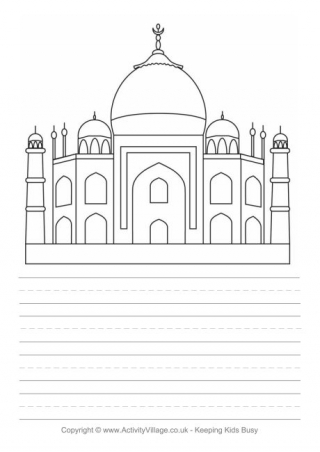 Write about the Taj Mahal, or perhaps re-tell the sad story of why it was built, using our fun story paper complete with colouring page... 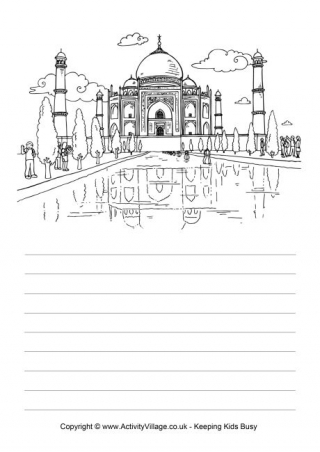 Here is a more "grown-up" story paper for the Taj Mahal, suitable for older children. 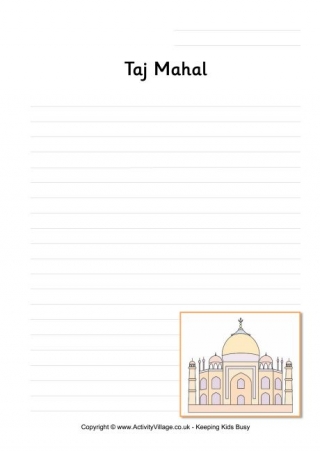 Here is a useful writing page for recording everything you've learned about the Taj Mahal! Choose from colour or black and white versions below.

More from our India Topic 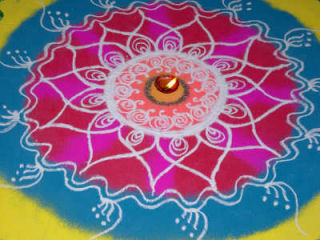