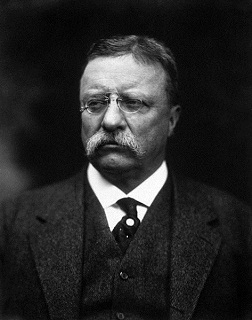 Theodore (or 'Teddy') Roosevelt (1858-1919) was the 26th President of the United States, serving from 1901 to 1909. He was Vice-President to McKinley and became President when McKinley was assassinated.

Roosevelt was a Republican and one of the most colorful Presidents. He had been a naturalist, explorer, writer and soldier before becoming, at the age of 42,the youngest ever President. He used the phrase 'Square Deal' to say that everyone would get a fair share under his policies. He was an early promoter of conservation ('Green') issues and played an important part in completing the Panama Canal. He was awarded the Nobel Peace Prize for helping end a war between Russia and Japan. 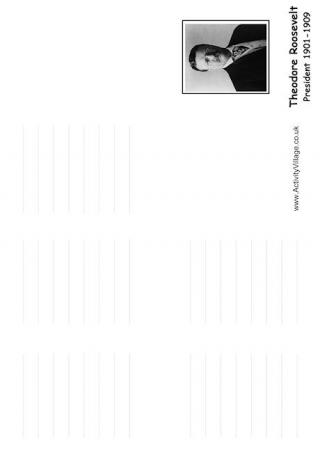 Print and fold this simple booklet and use it for storing all the Theodore Roosevelt information you collect with the kids. Folding instructions are here. 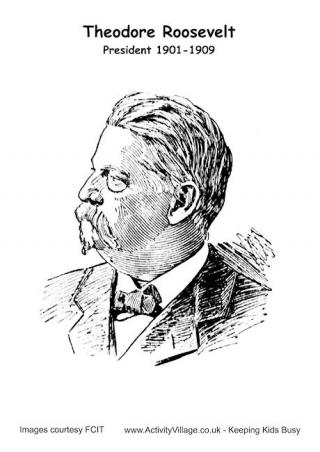 This hand-drawn Theodore Roosevelt colouring page also doubles up as a poster of the former US President. 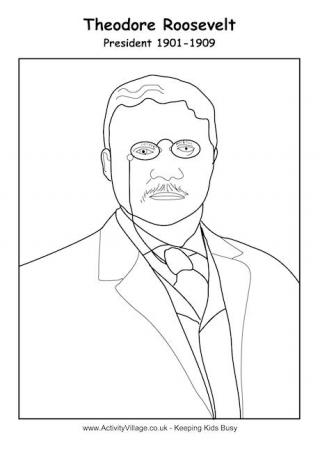 Colour in our fun colouring page of Theodore Roosevelt, designed for younger kids. 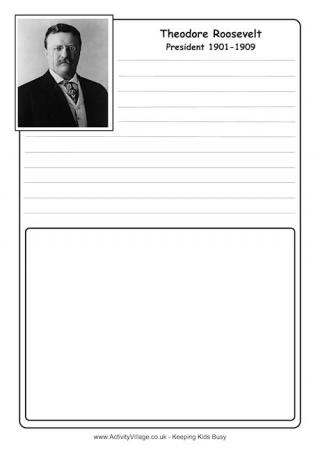 Our notebooking pages are a good place for older children to collect notes, information, facts and quotes about Theodore Roosevelt. Sheet 1 includes space for a drawing or stuck-in picture too. 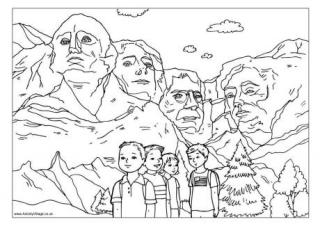 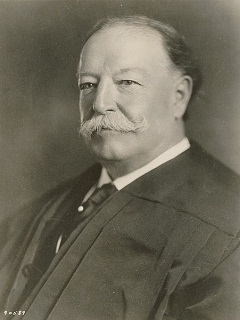