Learning about Togo is more fun with our flag colouring page, printables and worksheets. We've got some interesting facts for you to discover with the kids, too. 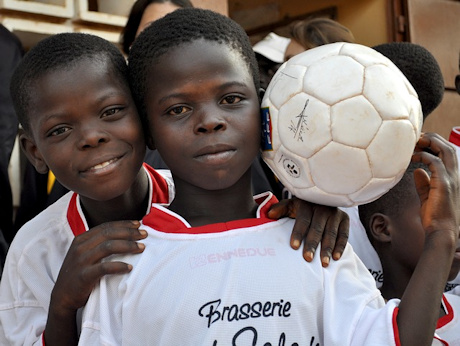 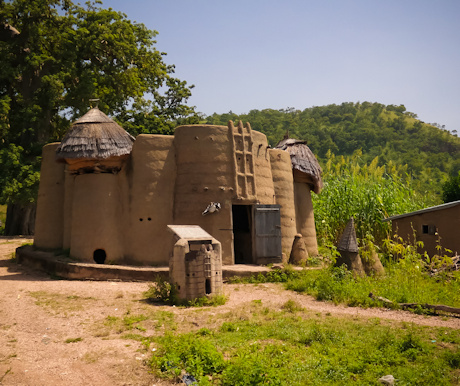 The national flag of Togo has a red square with a white star in the top left corner, and five stripes (3 green, 2 yellow). The white star is said to represent hope. The flag was adopted on 28th April 1960. 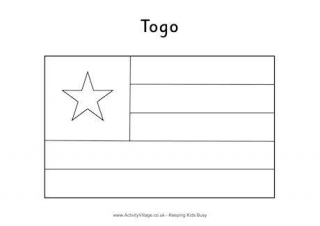 The flag of Togo mixes green, yellow and red, so grab those colours and then print out our Togo flag colouring page for the kids. 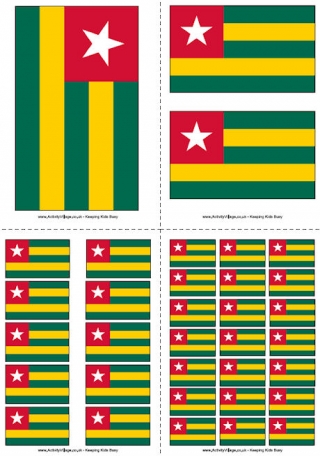 Here is the flag of Togo, ready to print out. This printable contains four different sizes to choose from... 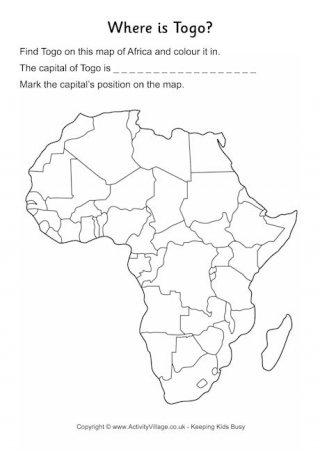 Help children identify the tiny country of Togo on a map of Africa with these location worksheets. 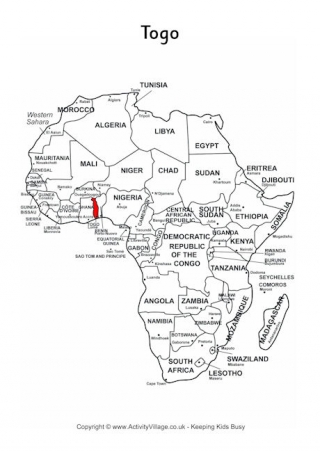 This simplified outline of the continent of Africa shows Togo highlighted in red. 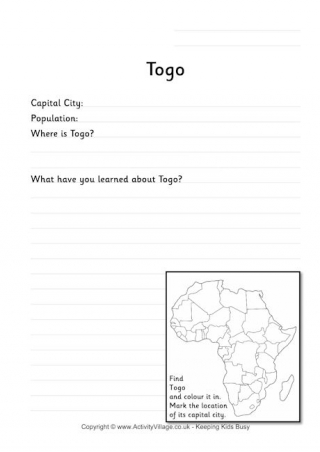 Encourage the children to find out, or store, some interesting facts about the AFrican country of Togo with this worksheet.