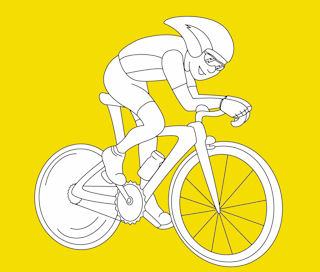 The Tour de France is a multiple stage bike race which has been held annually since 1903 (apart from during the two World Wars). As its name suggests, the race is held primarily in France, but every so often it passes through neighbouring countries - for example, in 2014 it came to England.

The routes of the race change each year but the race is usually held in July and there are three "tours" with 21 days of races over 23 days. The race always ends on the Champs-Elysees in Paris. There are around 20 professional teams, with 9 riders in each team. At the end of each "stage" the riders' times are worked out and prizes - in the form coloured jerseys - are awarded for the fastest rider (a yellow jersey), fastest team, fastest rider under 26, fastest sprinter, and "King of the Mountains (a red spotted jersey). 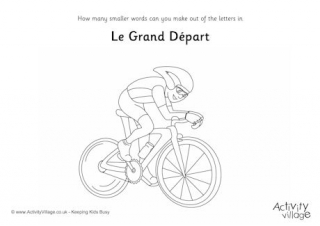 How many smaller words can the children make out of the letters in "Le Grand Depart"? This puzzle is a fun way of celebrating the Tour de France 2014's start in Yorkshire... 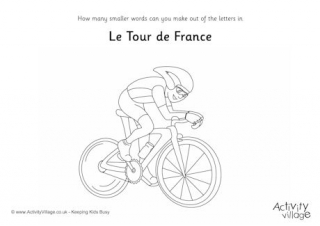 There are plenty of smaller words to be made out of the letters in Le Tour de France. Challenge the kids! 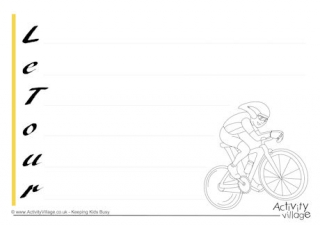 Children can have a go at writing their own acrostic poem printable for the Tour de France. We've used the common French abbreviation, "le Tour", for our printable, which is available in colour or black and white. 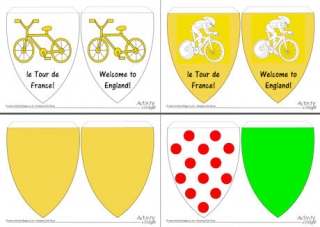 We've got four pages of Tour de France bunting here for you to print, with two "flags" per page including plain yellow (the colour of the Tour de France), a red spotted flag (like the King of the Mountain jersey) and a green flag (for the green jersey). 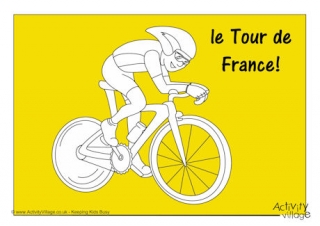 Colour in the racing cyclist with your favourite team's colours, or make up your own. They'll certainly stand out against the yellow "Tour de France" background! 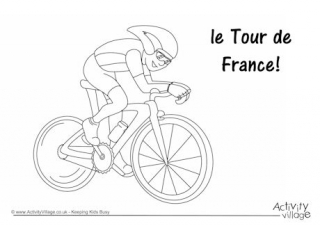 Here's a general colouring page you can use for the Tour de France - with lots of opportunity for designing a really speedy kit! 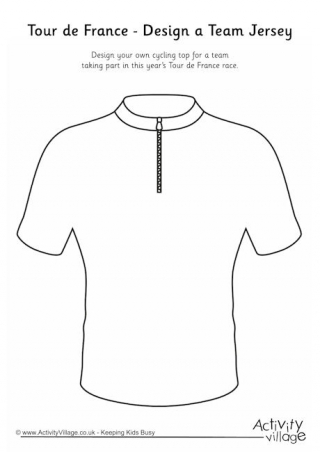 The kids can have fun designing their own super-cool team jersey for the Tour de France. Do a Google image search first for some ideas, perhaps? 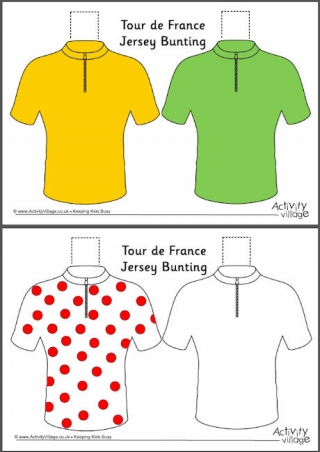 Justfor fun, instead of traditional flag bunting, why not string up some cycling jerseys to show your support for the Tour de France! We've made ours easy to cut out and it comes in the four colours / designs of the important winning jerseys. 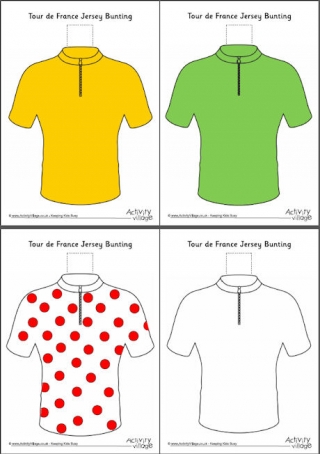 We can imagine a long line of colourful Tour de France jerseys decorating the side of the road, the hallways or the corridors! These cycling tops are easy to cut out and are in the colours of the four winners' jerseys. 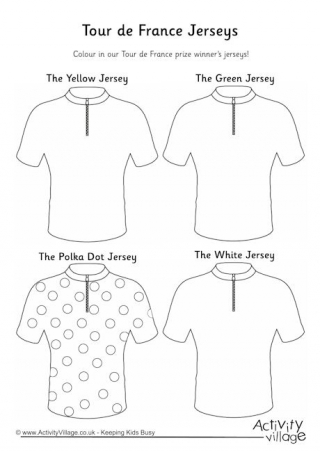 Colour in the four prize-winning jerseys awarded during the Tour de France race... 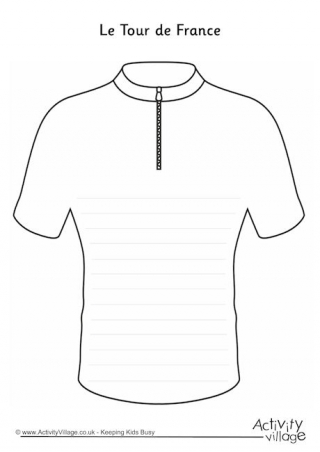 We have a blank and a lined version of this useful Tour de France writing frame. 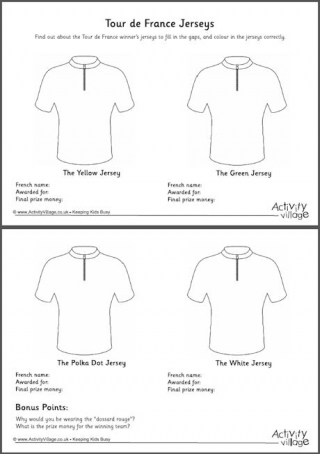 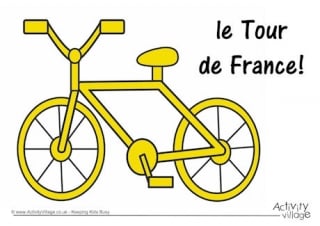 We've designed this simple poster with a yellow bicycle because we've heard that people have been painting old bikes yellow and lining the route of the Tour de France with them! Why not line your part of the route - or your school corridor - with our yellow bikes! 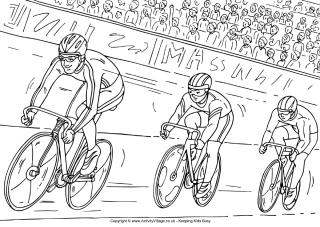 We've got a large collection of cycling printables and activities at Activity Village. Explore here:
Cycling