Triathlon events were invented in the 1970s. As the name suggests, three sports are combined in to one event. Competitors must first swim 1,500m in open water, then cycle 40km on road, then finish with a 10km run. Changes of clothing between the three sports count towards the time, so a triathlon is a test of speed, endurance and sporting ability.

We've got poster, printables and colouring page for your sporting displays. We haven't provided a "learn to draw" tutorial for the triathlon but we do have them for each individual sport. Find them with the search box! 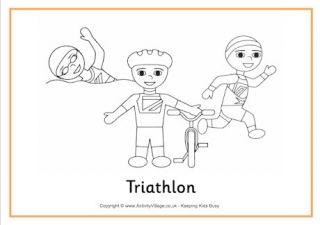 Younger kids will enjoy colouring in this simple colouring page, which shows the three events which make up a normal triathlon - swimming, cycling and running. 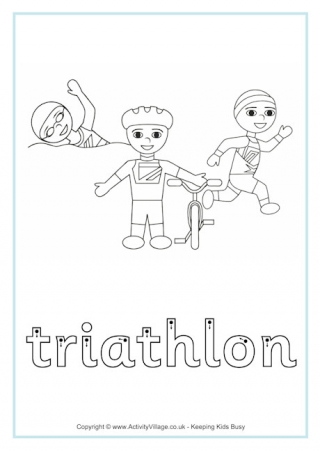 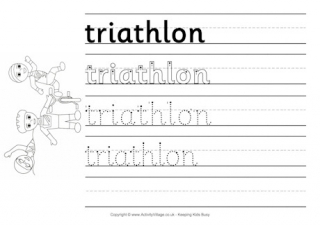 Kids can trace the word "triathlon" four times to make sure they know exactly how to write it, then try by themselves on the final line. Perfect for sports fans! 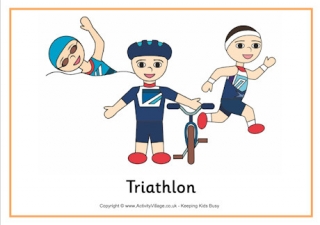 Here's a fun poster depicting the three sports involved in a triathlon - swimming, cycling and running. I feel exhausted just looking at it! 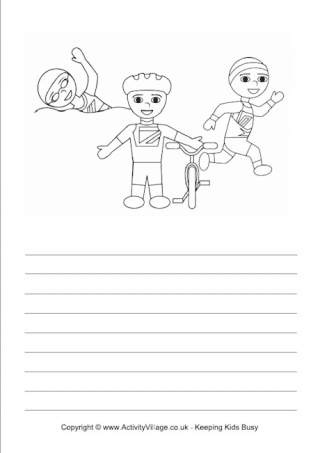 Write about the triathlon event using our printable story paper. You can choose from lined or handwriting lines to suit a range of ages. And of course there's a picture to colour in too! 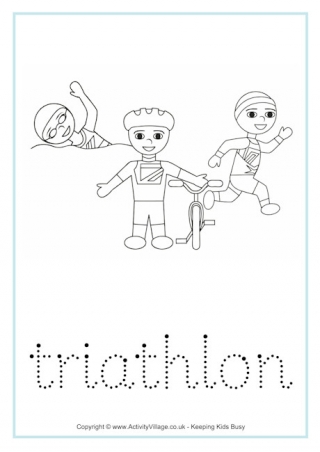 Trace the word "triathlon" and colour in the pictures of a swimming, athlete and cyclist - the three sports of the triathlon. 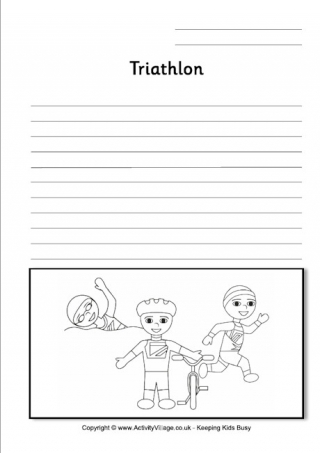 An increasingly popular sport is the punishing triathlon - a combination of swimming, cycling and running. Kids can write about the sport on our printable pages in either colour or black and white. 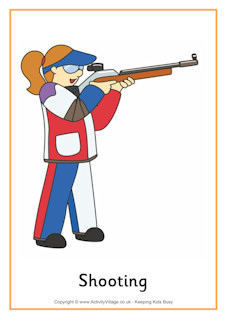