Print the cards on to card, laminate and cut out.

All the cards are dealt, face down. It doesn't matter if some players end up with more cards than others.

The player to the left of the dealer then fans his cards in his hand so he can see them all, although he keeps them hidden from the other players. He offers them to the player on his left, who cannot see them, but takes a random card from the fan. If the card he picks matches any he already he has, he puts down the pair. If not, he keeps it in his hand. Then, he, in turn, fans his cards and offers them to the player on his left.

This continues until all the cards have been put down in pairs, except the 'Trick' card, which is left alone and cannot be paired. The person left holding this card has been tricked, and loses the game. 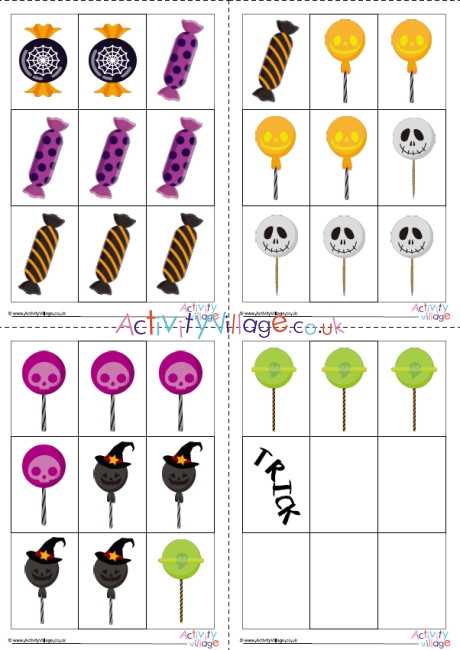 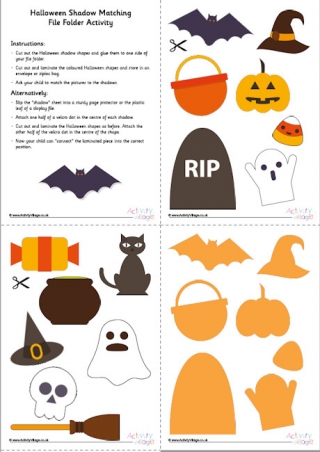 Make a fun file folder / display book game in which the children have to find the matching shadow (in Halloween orange!) and place the pictures on top. There are 2 pages of images and 2 pages of shadows included, as well as instructions, in the pack. 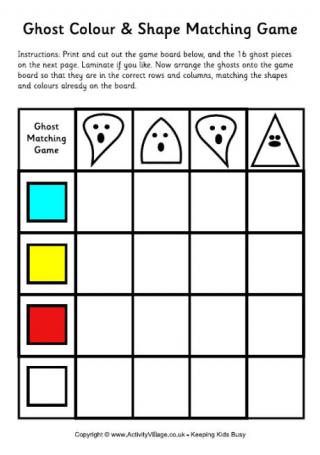 Younger children can practice their sorting and matching skills with this fun ghost colour and shape matching game or activity. Print both pages, cut out the board and the ghosts, and laminate if you wish. 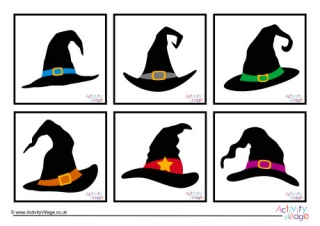 Here's a set of witch's matching cards with lovely illustrations that we hope will appeal to the kids. Print 2 or more times, then use to play Memory and other matching games.