From savannah to fertile rainforests, Uganda is a fascinating country. Learn some fun facts with the kids and enjoy our printable activities and flags... 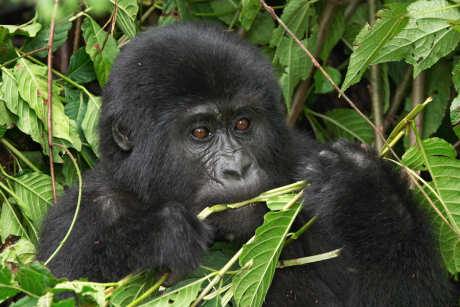 A gorilla baby in the Cloud Forest of Uganda 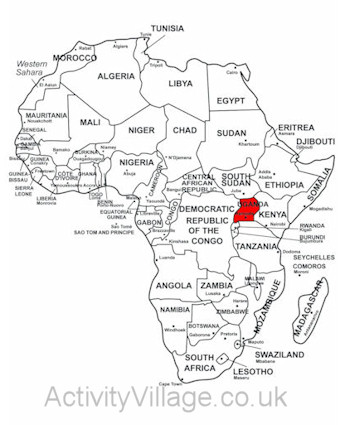 You can print this map of Uganda on Africa here 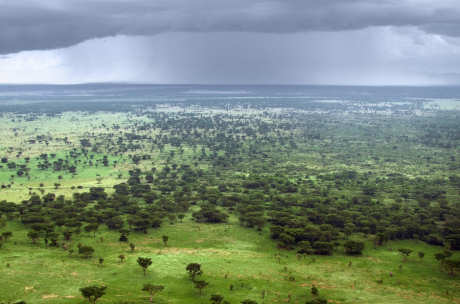 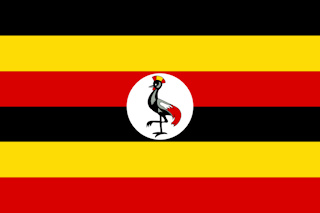 The Ugandan flag stands out from the crowd! It was adopted in 1962 when Uganda became independent from the United Kingdom. It consists of six equal horizontal bands of black, yellow, red, black, yellow, and red. In the centre you can see a white circle on which a grey crowned crane, the national symbol, sits proudly. The three colours are representative of the African people, Africa's sunshine, and African brotherhood. 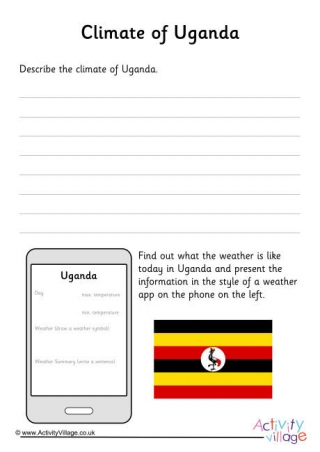 Use this fun worksheet to do some research into the climate of Uganda, and then record what you learn. 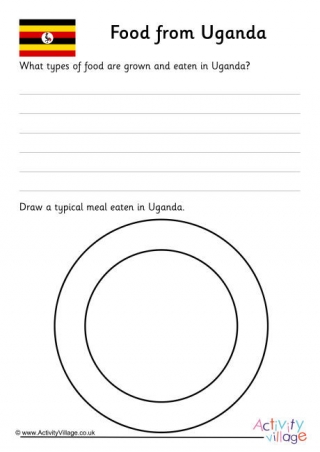 Learn about the local food in Uganda and record it on this fun worksheet. 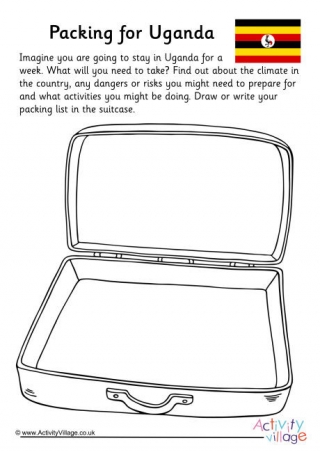 Write down everything you might need for a trip to Uganda (or draw pictures) in the suitcase on this Packing for Uganda worksheet. You'll need to think about clothes, medical supplies and any other essentials... 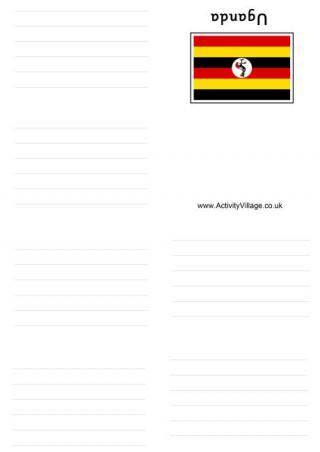 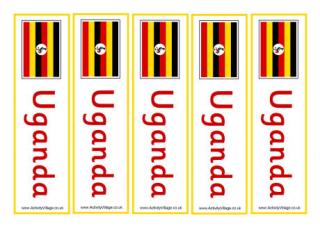 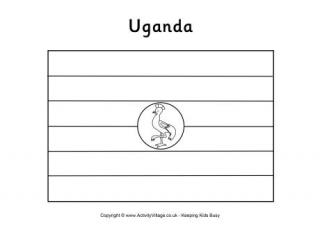 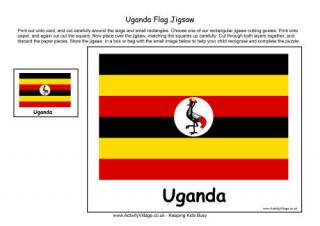 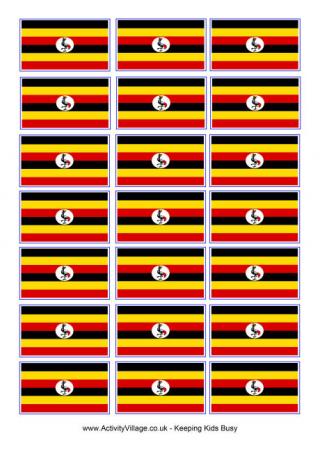 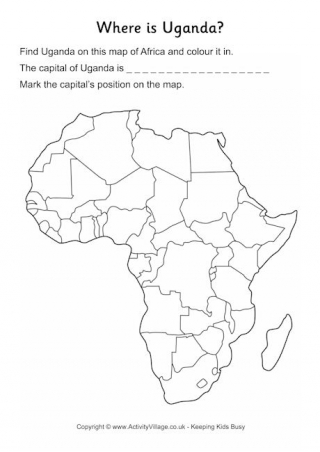 Can the kids identify Uganda on the map and shade it in, then mark in the capital? We have two versions of this location worksheet, one easier (guided). 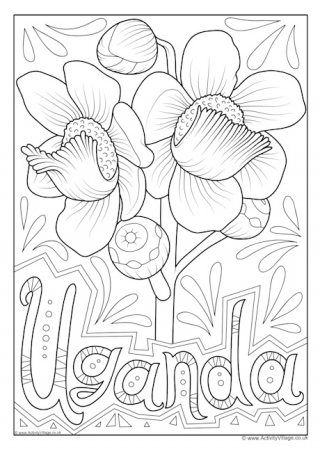 Relieve some stress by colouring in this beautiful illustration of the national flower of Uganda, as featured on Megan Markle's wedding dress! 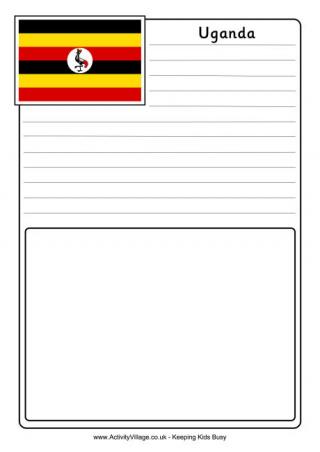 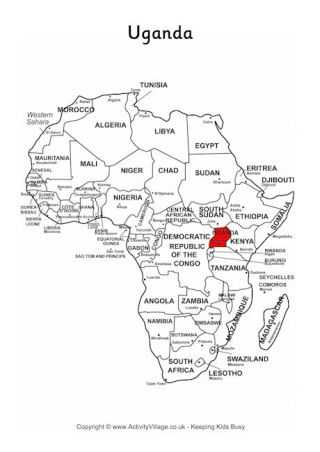 Uganda is marked in red on this useful outline map of Africa. Children can see its size relative to other African countries, and identify its neighbours too. 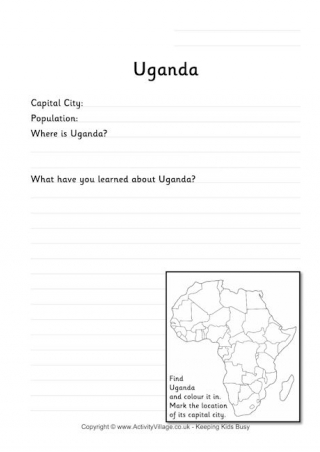 Fill in this fact-finding worksheet on Uganda, and prove what you've learned - or would like to learn, about this African country. 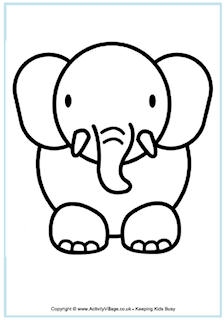