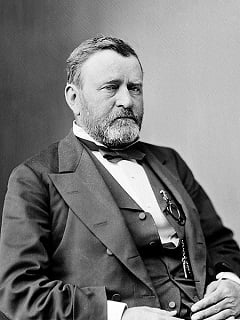 Grant was a successful general in the Union army during the American Civil War. As President, he tried to finally get rid of the last vestiges of slavery, and he dealt skilfully with foreign affairs. However, after winning re-election in 1872 his reputation suffered from economic difficulties and corruption scandals. 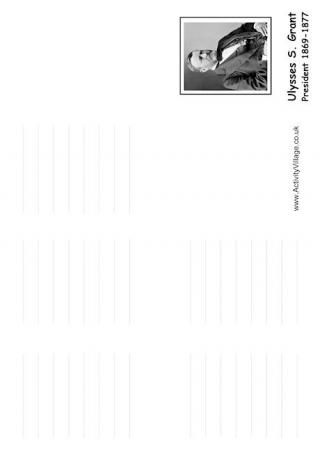 Print out this mini booklet, fold (using our origami booklet instructions) and fill up with interesting facts about Ulysses S Grant, Civil War general and President of the United States. 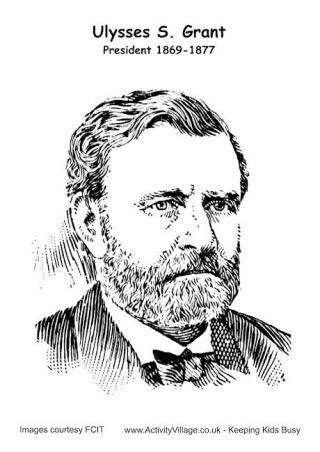 Here's a portrait style colouring page of Ulysses S Grant for the kids to print and colour. 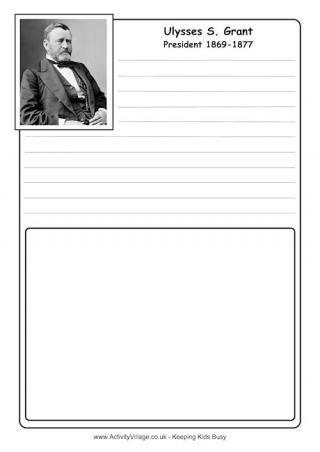 Use our notebooking pages for writing about this charismatic 18th President of the United States. 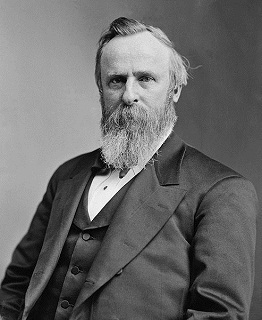