Usain Bolt, the cheerful and charming Jamaican sprinter, spring to fame in 2008 during the Beijing Olympics when, at the age of 20, he won three gold medals (in the 100m, 200m and, with his teammates, in the 4 x 100m relay) - and made it look easy!

Although he was known as the fastest man in the world when he joined the line-up for the 100m, nobody could have guessed by how much he would pull away from his competitors and slash the previous record. In fact, he could have slashed it even further if, before the end of the race, he hadn't realised he had won and celebrated! You can see the race in the video below.

Fun fact: When Usain started school he was much more interested in cricket and football, but his cricket coach noticed how fast he was and encouraged him to try out for "track and field".

"Manners is the key thing. Say, for instance, when you're growing up, you're walking down the street, you've got to tell everybody good morning. Everybody. You can't pass one person."
Usain Bolt 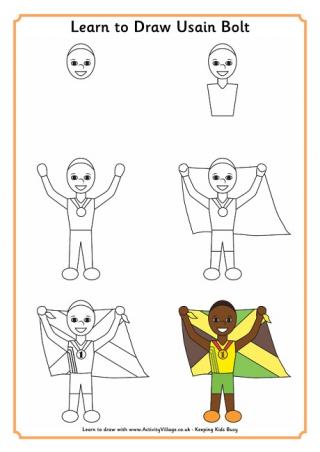 Just for fun, here's a step by step tutorial which will teach kids how to draw Usain Bolt, the Jamaican sprinter - just print and follow along! 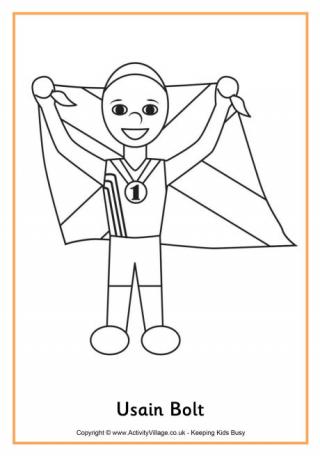 Kids can colour in this fun colouring page of Usain Bolt, popular Jamaican sprinter known for his sense of humour and incredible speed! 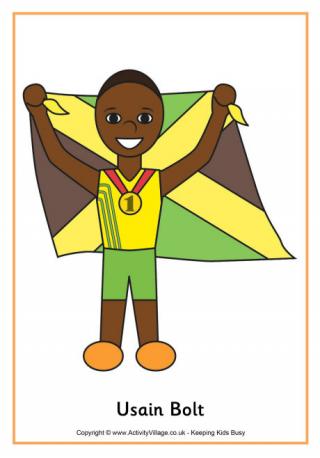 Here's a fun illustrated poster of Usain Bolt, hero of the 2008 Beijing Olympics, to print out for younger kids. 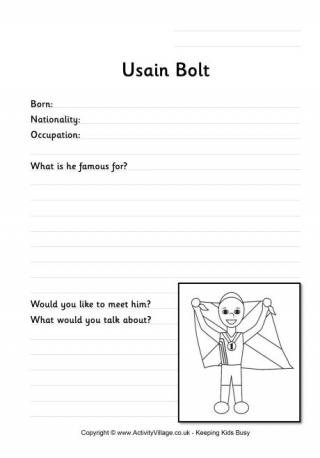 Usain Bolt is a current day Olympic hero for his amazing achievements at the Beijing Summer Olymipcs in 2008. Kids can find out a little about him and then fill in our fun worksheet. 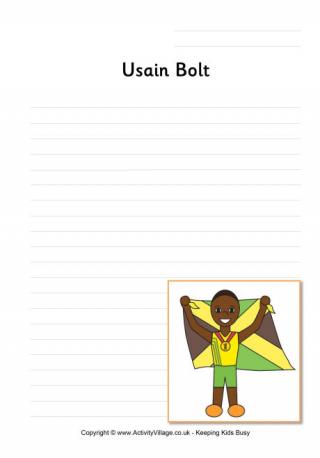 Use these printable writing pages to write about the incredibly fast Usain Bolt, Jamaican sprinter and Olympic gold medal winner. 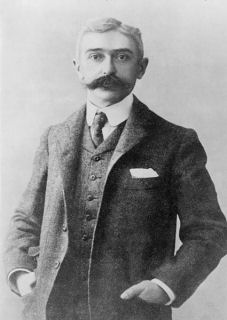