The Republic of Vanuatu consists of over 80 tropical mountainous islands in the South Pacific, which were visited by European explorers and named the New Hebrides by Captain Cook in 1774. 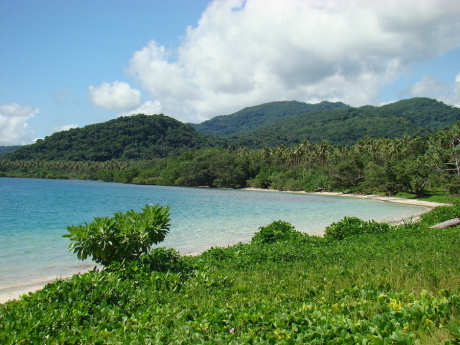 Beach on Malakula Island, the second largest island in Vanuatu. 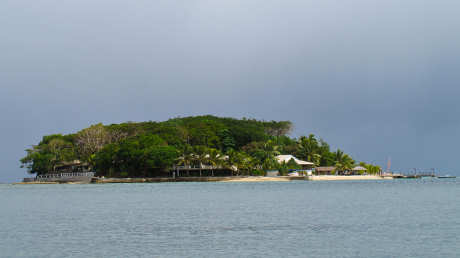 About the Vanuatu Flag 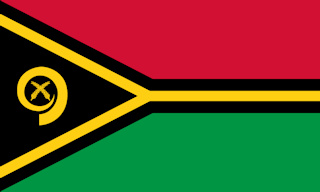 The emblem on the flag represents a boar's tusk, which is a symbol of prosperity on the island, as well as leaves from a local fern. 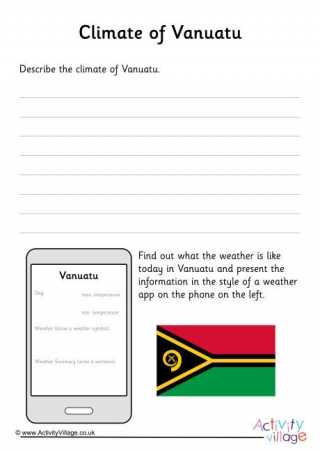 What is the climate of Vanuatu? This worksheet will help the kids find out, and record their findings. 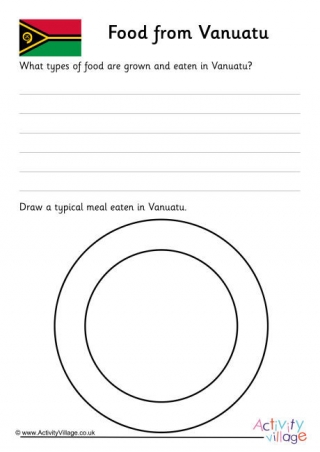 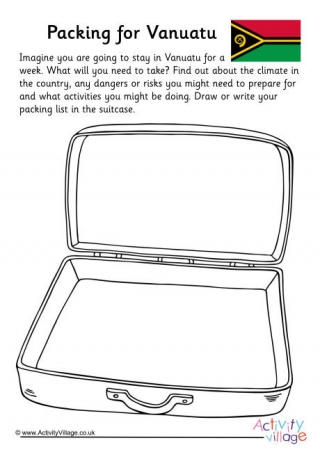 Imagine you are going on a trip to Vanuatu and need to pack a suitcase. Write, draw, or cut and stick pictures of things you need to take with you. 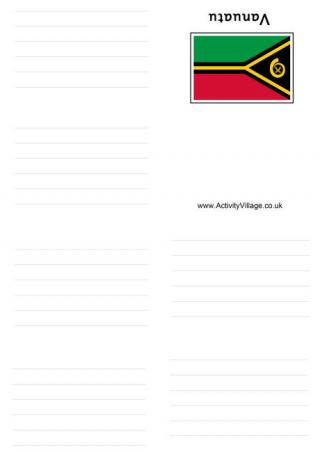 Children can consolidate all their facts and ideas about Vanuatu into this homemade booklet. It features the  flag and there is a blank and lined version so you can use the one which suits you best. 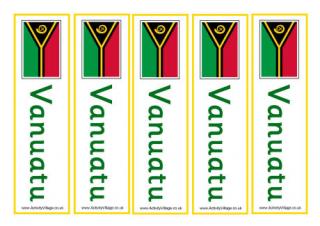 If you print these bookmarks onto card they would be great to hand out to children who are learning about Vanuata. There is a black and white version which could be coloured in, and also a version with just the flag. 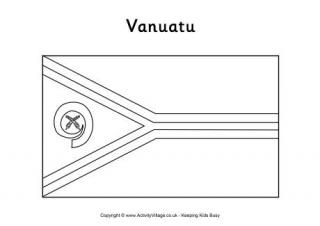 Try your hand at colouring this flag from Vanuatu. 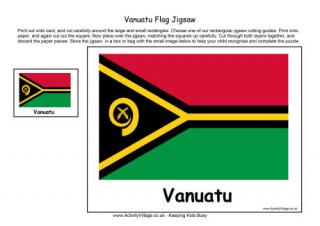 Country flags make great jigsaw - just follow the instructions and use the cutting guides here to make one for Vanuatu. 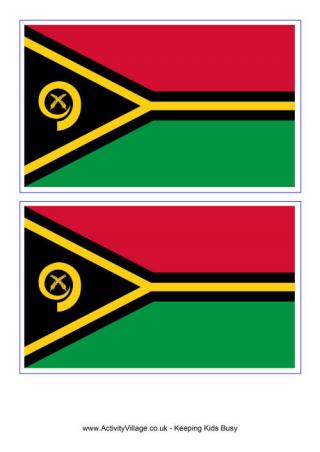 Here's the Vanuatu flag in miniature! There are three sizes available, from 2-per-page down to mini! The mini flags are fun for sticking in food at a party, or use them to decorate a poster. To make mini flags, cut into strips and then fold and glue over a cocktail stick or straw. 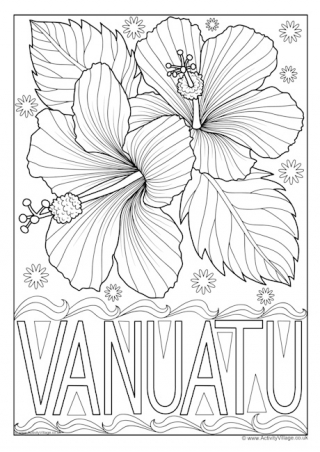 The stunning hibiscus plant is the national flower of Vanuatu and the star of this colouring page. 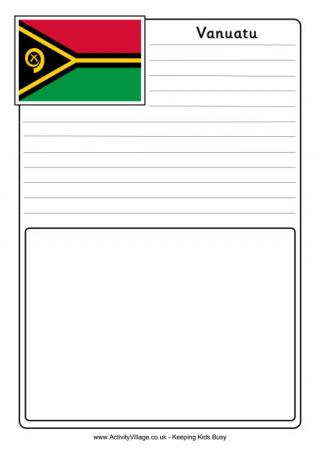 Use this notebooking page to write about Vanuatu. It features the country's flag in the corner and lots of space for writing. 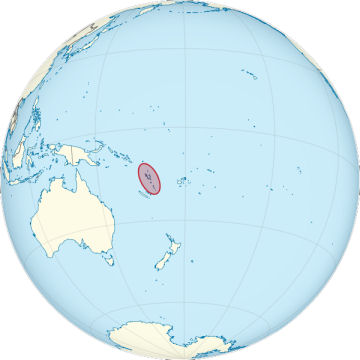 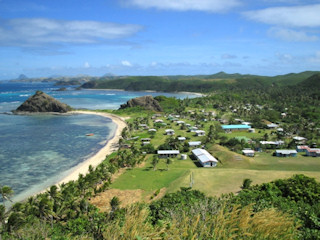