Travel with Activity Village to the smallest country in the world, which despite its size is steeped in a rich cultural, religious and political history. Home to the Pope and other leaders of the Roman Catholic Church, it has become a popular tourist destination as well as a place of pilgrimage. Our printable resources below are then the perfect place to test your knowledge! 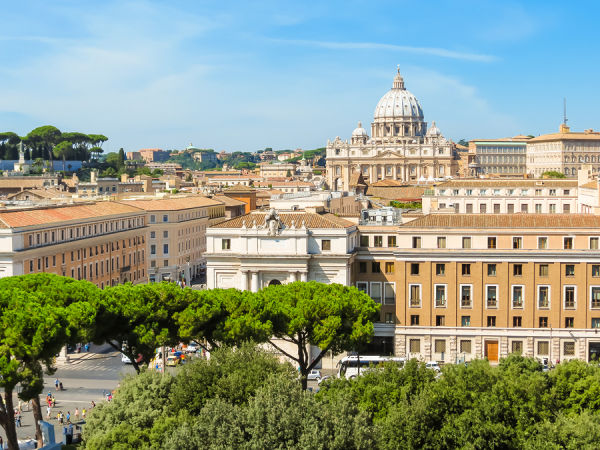 A view over St Peter's Basilica, Vatican City and the rooftops of Rome. 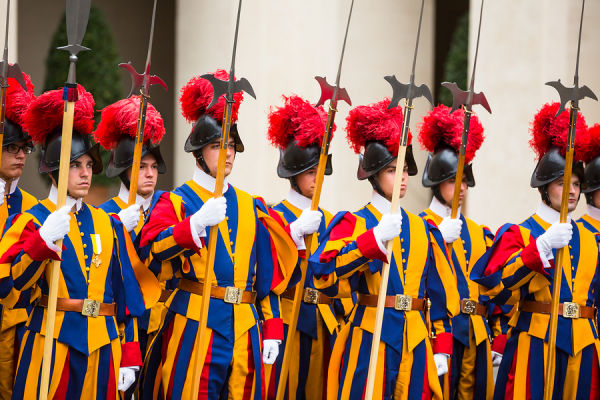 Swiss Guard in their striking uniforms at the Vatican

And Some Interesting Facts ...

About the Vatican City Flag

Have you noticed that the flag of the Vatican City is square? It is one of only two square flags in the world - the other being Switzerland! The flag has two bands, left yellow and right white, with the crossed keys of Saint Peter and the Papal tiara in the white band. 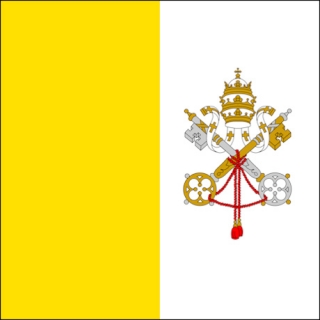 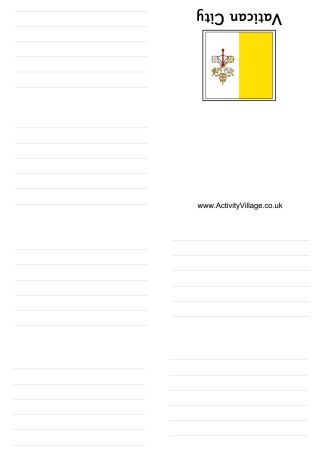 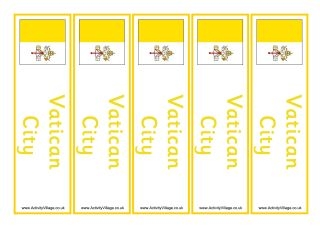 Print out a set of Vatican City flag bookmarks. We have some to colour in, and some pre-coloured. 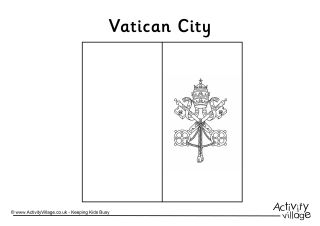 Colour in the flag of the Vatican City. There's a bit of detail in it! 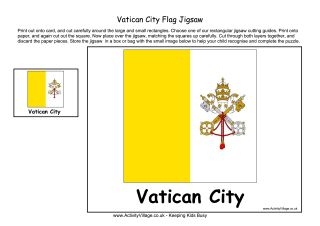 Here's one of our flag jigsaws for the Vatican City flag. They take moments to make and are a great way of learning the flags. Instructions and cutting guides are here. 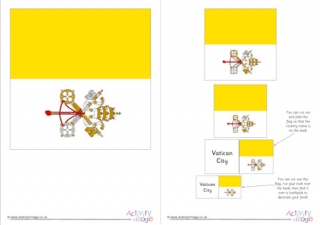 Print out the Vatican City's flag in a variety of sizes, from full page to quite mini!

This worksheet asks children to locate Vatican City on an outline map of Europe. We have a guided versions for younger children and a harder version for older kids. 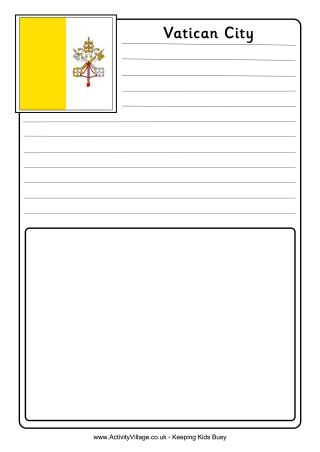 We have two notebooking pages for the Vatican City to choose from, one with space for a picture, illustration or map. 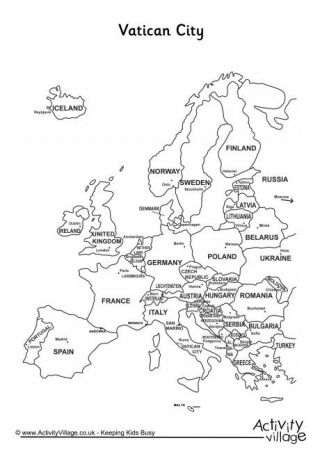 Vatican city is very small, so we've helped the children learn where it is in Europe by showing it in red on this map. 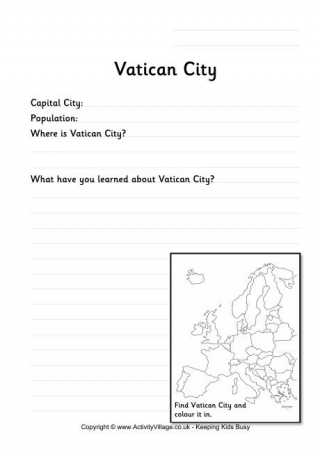 If you are learning about Vatican City, this simple worksheet might be a good place to start with the kids. 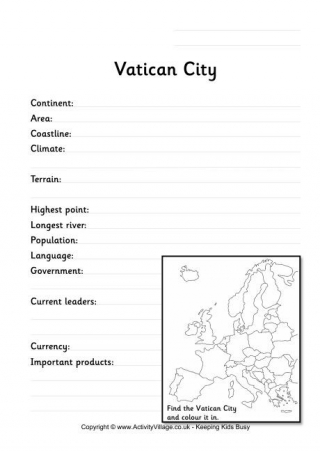 Can the kids find out a little bit about The Vatican, the smallest country in the world, and locate it on the map on our fact worksheet? 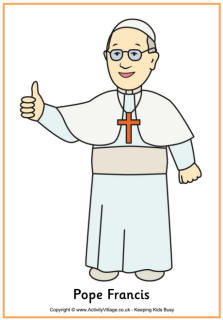