Learn a little about Venezuela, this fascinating South American country, and enjoy our worksheets and flag printables with the kids. 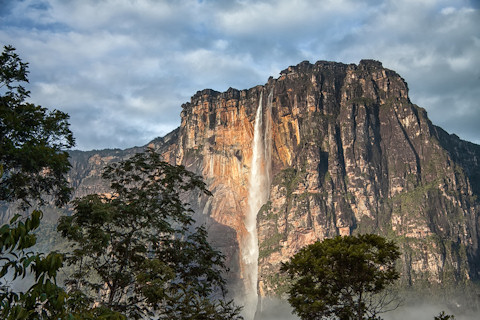 Angel Falls, Venezuela, is the highest uninterrupted waterfall in the world! 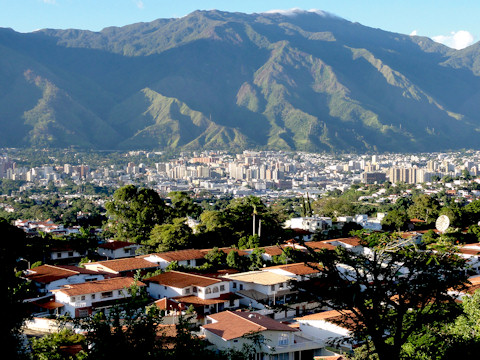 And Some Interesting Facts! 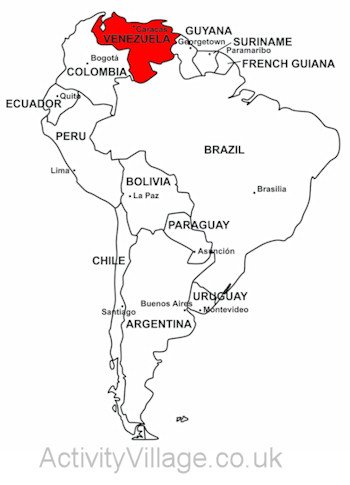 Venezuela on a map of Africa. You can print this map here.

The Venezuelan flag consists of a horizontal tricolour of yellow, blue and red. There is an arc of eight white stars in the central, blue stripe. 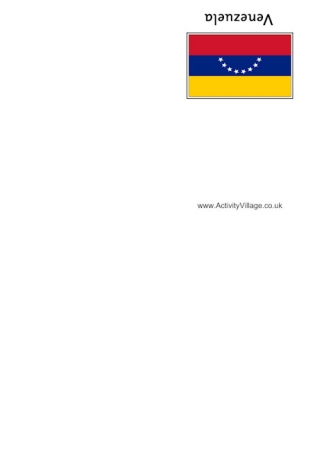 Print out our little booklet with the flag of Venezuela on the front. It's a fun place to store your facts and research on the country! Folding instructions are here. 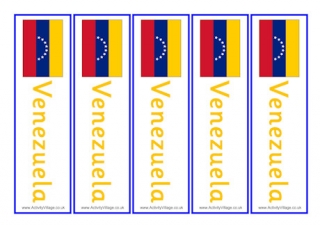 We have four sets of Venezuela bookmarks featuring the country's flag. Two are in colour, two in black and white for the kids to colour in. 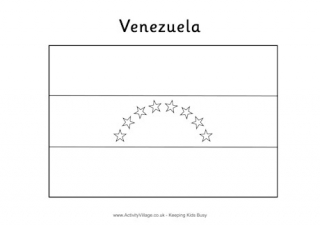 Colour in the flag of Venezuela! The kids will need blue, red and yellow... 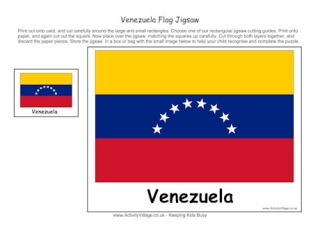 Our flag jigsaws are a great way to help children remember the flags of the world. This one features the distinctive flag of Venezuela. Instructions and cutting guides are here. 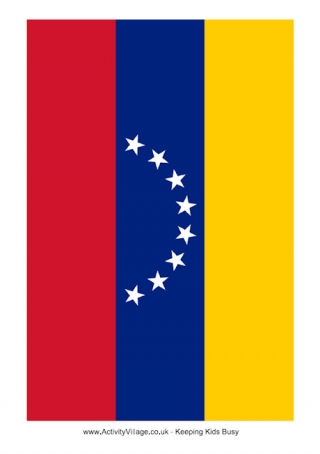 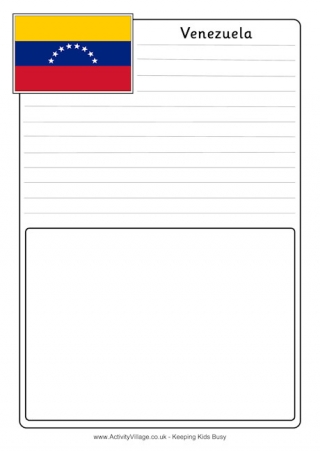 Here are two notebooking pages - one with space for a map or drawing - for your Venezuela studies.