Did you know that the earliest version of volleyball was called "mintonette"? It was invented at the end of the 19th Century and was designed to be played indoors by any number of players, and aimed at players a little older and less energetic than those who were taking up the newly invented basketball!

Volleyball is now a game in which two teams rally the ball across a central high net. Played in the Summer Olympics, the game is also very popular as beach volleyball - played, not surprisingly, on beaches! 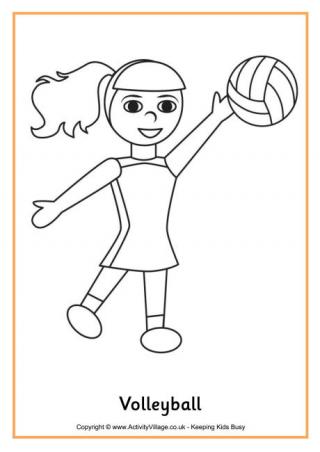 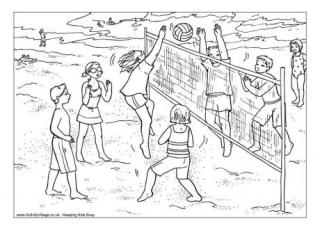 Print this delightful colouring page of children playing volleyball on the beach, for older children to colour in. 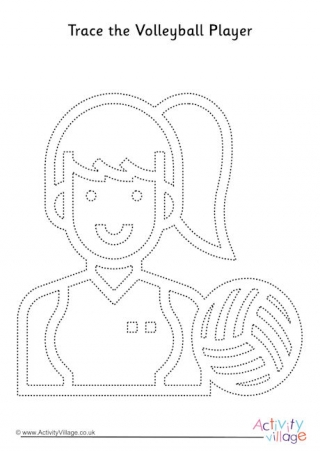 Trace over the dotted lines of our volleyball player tracing page for plenty of pencil control practice. Perfect for a sports topic! 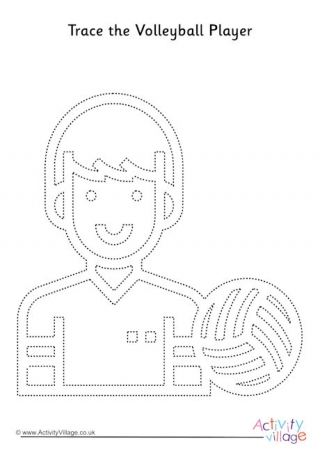 Trace the lines on our volleyball player - excellent practice for little kids! Why not laminate so that you can have another go later? 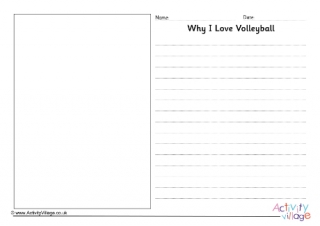 Inspire sporty kids to do some writing with our fun volleyball writing prompt - there's also plenty of space to draw a picture! 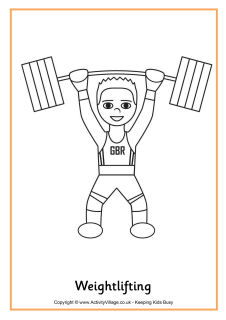