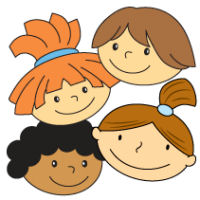 One child stands apart with his back to the other children, who should be a good distance away. He or she is Mr Wolf.

The group calls out "What's The Time, Mr Wolf?"

This time he might say "It's 10 o'clock", in which case the group would take 10 steps forward.

The group is attempting to reach Mr Wolf without him first catching them. When Mr Wolf senses that somebody is close, he can call out, instead of a time like before, "It's Dinner Time!", at which point he can finally turn around and see where everybody is, then try to catch somebody before they can make it back to the starting line. There is usually much screaming and excitement at this point!

Make sure everybody gets a turn to be Mr Wolf.

Children will tend to vary between those who take great big steps to try to reach Mr Wolf first, and those that take very small steps so that they can run back to safety when he calls Dinner Time!

A big space, such as a playground or park, is perfect.

It may be best if an adult is the first "Mr Wolf" to show the children how to play.

This game is very similar to Red Light Green Light 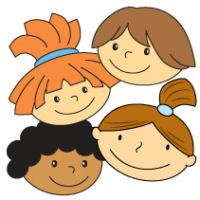 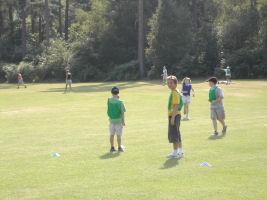 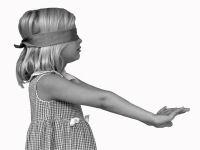