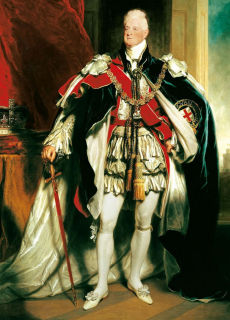 William IV (1765-1837) was the younger brother of George IV, who died childless. He served in the Royal Navy from the age of 13 starting as midshipman (which explains his nickname "Sailor King") until 1789 when he retired and was made Duke of Clarence (building Clarence House as his London residence). He became King in 1830 when he was 64 years old.

Although he wasn't very involved in politics there were several reforms during his reign: the poor law was updated, child labour was restricted and slavery was abolished. William IV was popular with the people.

For 20 years, until 1811, William lived happily with his mistress, an actress, and their 10 children, known as the Fitzclarences, in a large house provided by his father near Hampton Court (Bushy House in Bushy Park). When George IV's daugher, Princess Charlotte, died, and he became heir to the throne, it was essential that he marry to produce his own heir. It was hard to find someone who would marry him and take on his children and his debts! However in 1818 he married Princess Adelaide of Saxe-Meiningen, who was half his age, and by all accounts it was a happy and successful marriage. Sadly their children died in infancy. He was survived by 8 of his illegitimate children but of course they couldn't inherit the throne, which instead went to his neice, Victoria. 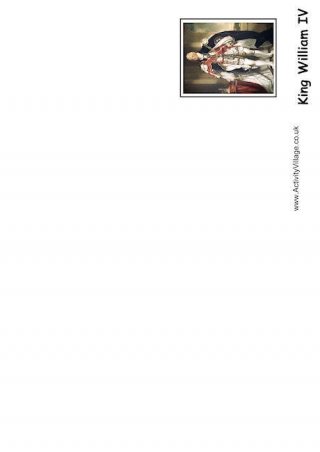 Our William IV booklets are one of our series of English Kings and Queend booklets.  Perhaps your children could complete the set and make a mini library of royal facts. 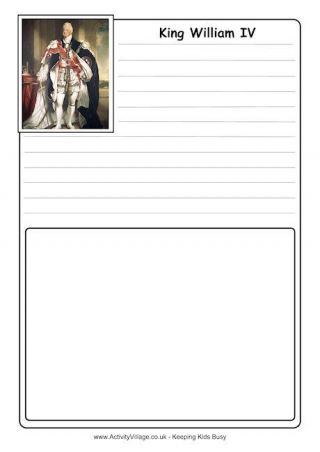 Our William IV notebooking pages come in two versions, one lined and one with lines and space for a picture too, ready for a project on 'the Sailor King'. 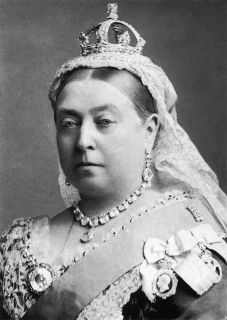