We ask children to think of adjectives that could be used to describe Wojtek. Strong, brave, loyal, tall ... these are just some that come to mind. 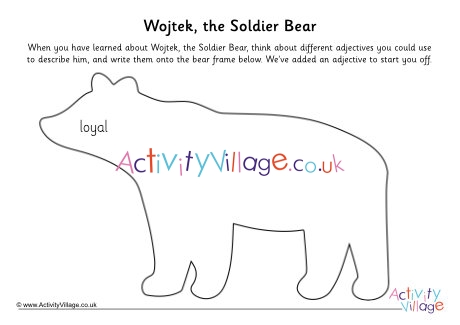 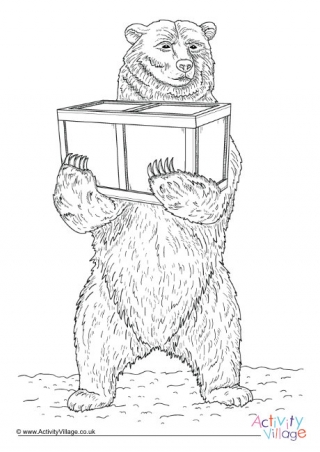 When Wojtek grew to full size he stood 6 foot 1 inches tall on his hind legs and could carry as much as 4 men. Nobody trained him to do so - he just saw his fellow soldiers carrying ammunition and joined in. This colouring page captures Wojtek in action! 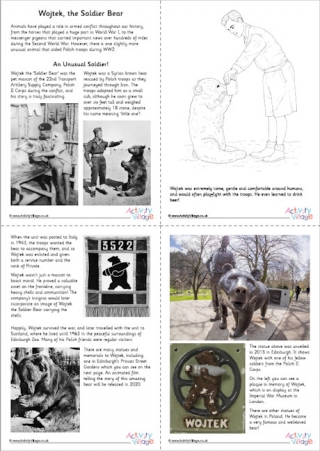 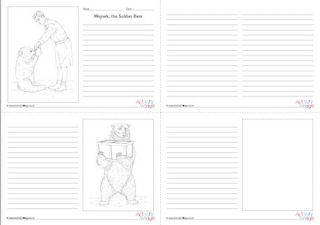