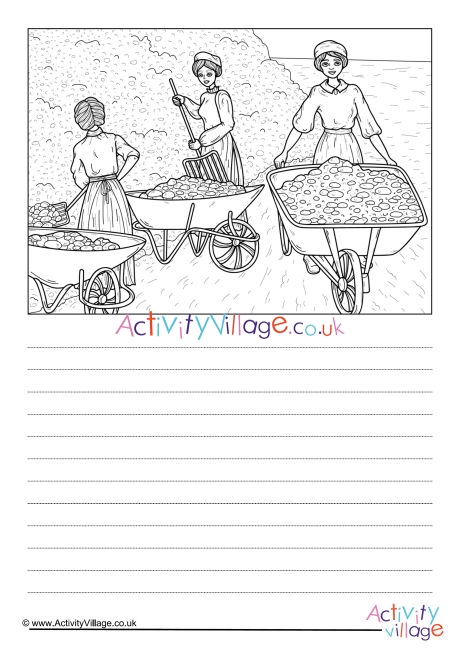 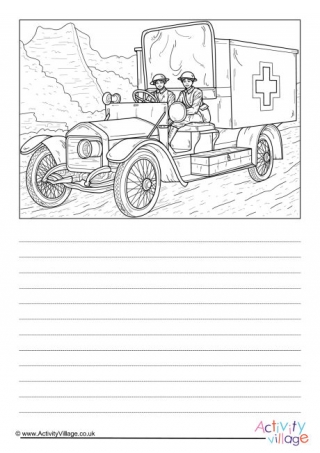 Brave women drove ambulances at the Front during World War I, and back at home too. Learn a little about them here and then use this story paper to tell their story, or make up a story about an experience. 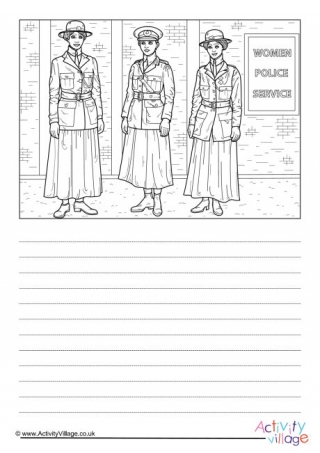 Use this story paper for children to tell the story of women's police service during WWI, colouring in the picture too. We've provided some information about the Women's Police Service here. 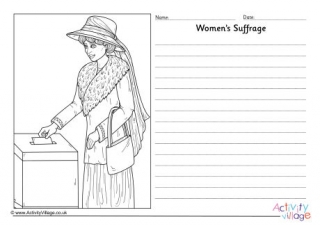 Children can use this story paper to write about women's suffrage, and how and when it was won. Pictured is one of the first women to vote, after the 1918 Representation of the People Act was passed.