Get ready for the Fifa World Cup 2018 with a range of World Cup Worksheets that will help you bring it right into the classroom (or home). Fun for footie mad kids! 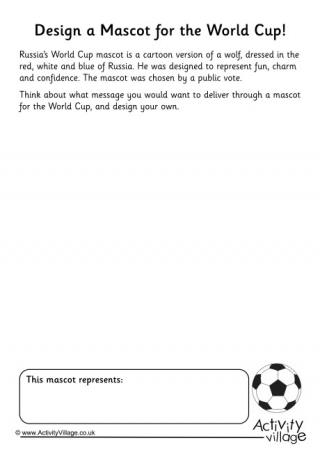 The first World Cup mascot was World Cup Willie, the mascot for the 1966 competition. This year, Russia has chosen a wolf named 'Zabivaka', which means “the one who scores” in Russian! 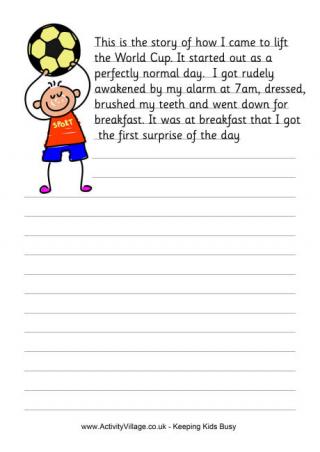 Kids will have fun finishing our football story starter with their own exciting story. It begins "Here is the story of how I came to lift the World Cup..." Here is our first handwriting worksheet for the country of Russia. Children can learn to form the letters by tracing over them with their forefinger, before trying again with a pencil. 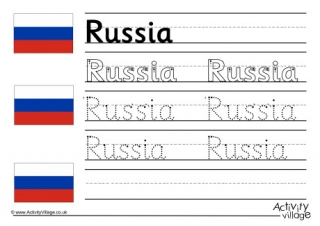 The kids will be much more confident in writing and spelling "Russia" when they've had a go at this worksheet. 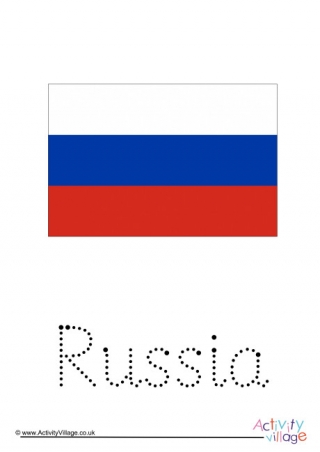 Trace the dotted letters to write the word "Russia", set underneath the Russian flag! 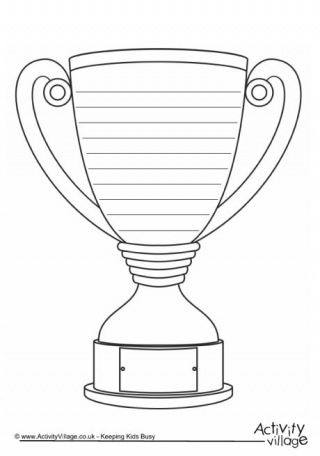 This trophy writing frame can be used in so many ways. They would be a fun way for children to write a match report - perhaps using the label on the base of the cup for recording the scores. Or write about the Rugby World Cup or Football World Cup or any other big sporting events. 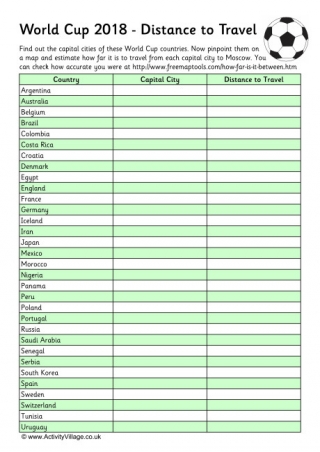 Here's a challenging World Cup 2018 worksheet that's great for older kids. Can they find out the capital cities of each country taking part in the World Cup in 2018, find them on a map then estimate how far each capital city is from Moscow? The children can test their geographical knowledge with this World Cup Geographical Location worksheet. Can they find the 32 countries competing in the World Cup 2018 on the map, then colour them in and add the corresponding number? 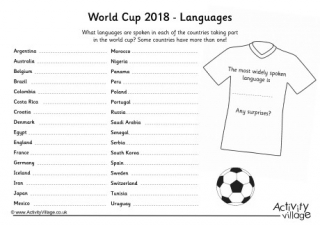 The World Cup is lots of fun to watch and follow, and it's also a great opportunity to learn some facts about different countries around the world. Can the children find out the languages spoken in each of the countries taking part? Some countries may have more than 1 language! 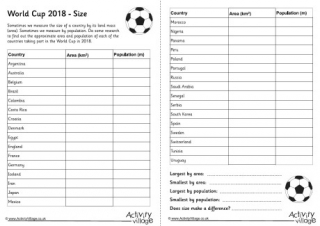 Iceland has a population of just 329,000 (about the same size as the UK city of Coventry), but they surprised everyone and knocked England out of Euro 2016! So does country size and population make a difference in a football tournament? 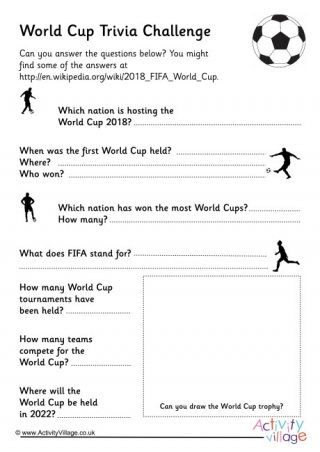 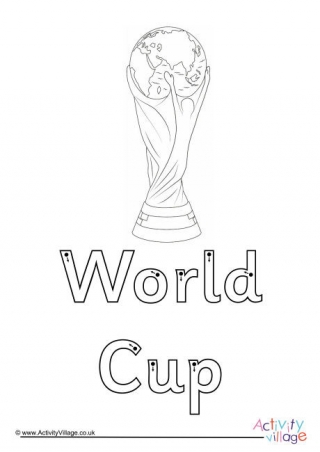 Finger trace the letters of the words "World Cup" and colour in the picture! 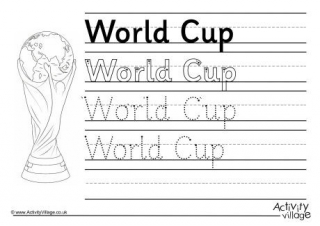 You'll be a winner at handwriting once you've completed this World Cup handwriting worksheet - and there's a picture of the World Cup trophy to colour in too...

This fun World Cup Winners worksheet asks the children to find out the location and winners of the previous 8 world cups. And do the kids know which year England won the World Cup? Colour the picture and trace the letters on this World Cup tracing worksheet to practise early pencil control skills.