Learn a little about Yemen (officially known as the Republic of Yemen) and enjoy our resources and flag printables with the kids! 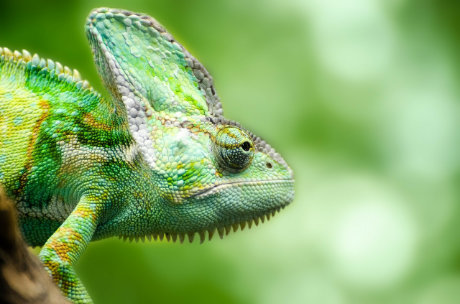 The Yemen (or veiled) chameleon, native to the Arabian Peninsula

About the Yemen Flag

The Flag of Yemen was adopted on May 22, 1990, the day that North Yemen and South Yemen were unified, and is a tricolour of red, white and black horizontal stripes. 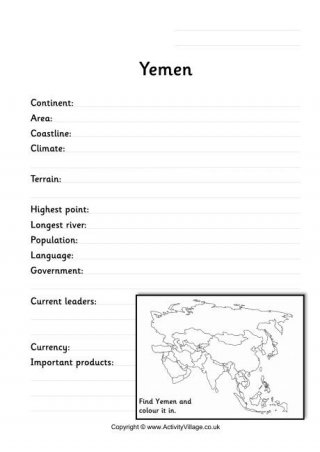 Find out some facts about Yemen and use our worksheet to record what you learn. 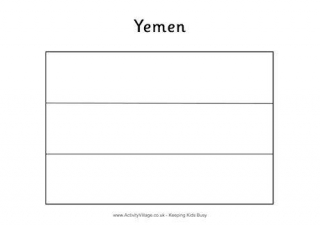 This Yemen flag colouring page only requires two colours - red and black - so the kids can colour it in and cut it out in no time. 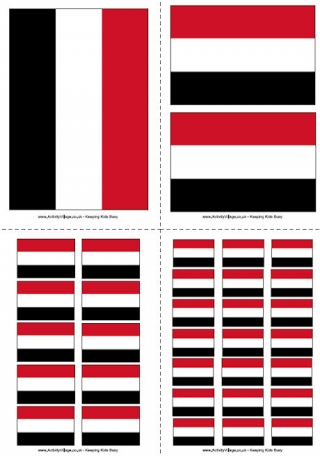 Our Yemen flag printable has four different sizes of the Yemen flag, perfect for any projects or topic work. 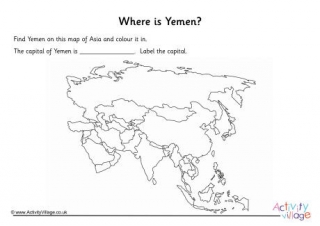 Can the children place Yemen in Asia? We have two Yemen location worksheets to download and print: a blank version for older children and a guided version for younger kids. 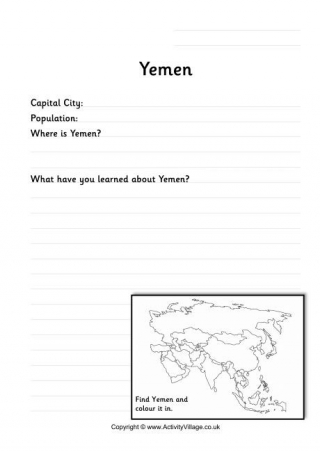 Find out some facts about Yemen and locate it on the map on this simple worksheet.