Find out some fun facts about Zimbabwe with the kids, and enjoy our printable flags and other activities. 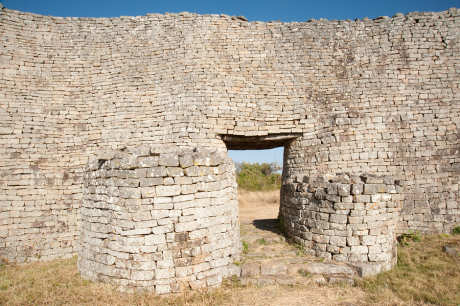 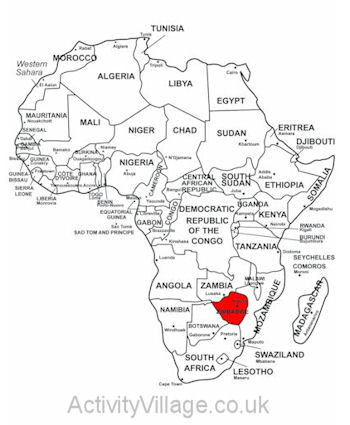 You can print this map of Africa, with Zimbabwe marked, here. 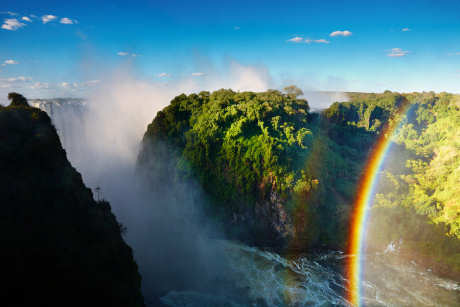 The Flag of Zimbabwe 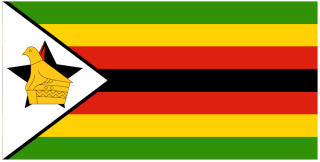 The flag of Zimbabwe consists of seven horizontal stripes of green, yellow, red and black, with a white triangle containing a five-pointed star and a representation of a statuette of an ancient soapstone bird found at the ruins of Great Zimbabwe. The flag was adopted in 1980, when Zimbabwe became independent from the United Kingdom. 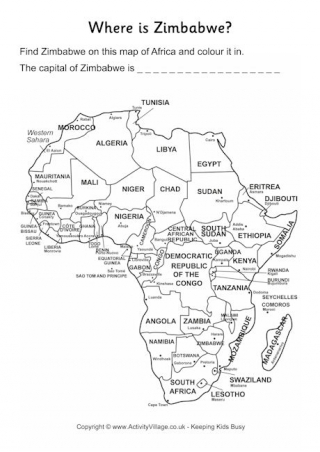 Can the kids find Zimbabwe and its capital on our location worksheet? We have two versions - one blank (harder) and one guided (easier). 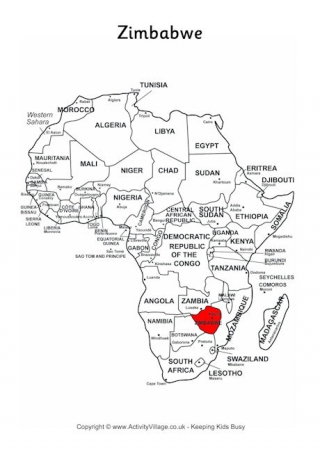 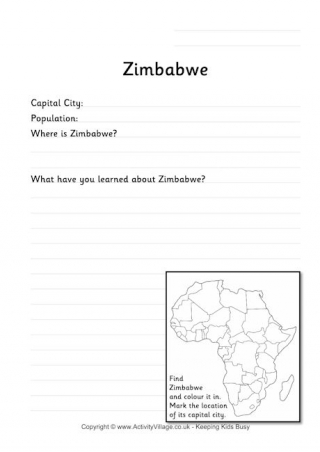 Find out some simple facts and then write what you've learned about Zimbabwe.