Children love baking (and eating) cupcakes! There are lots of other cupcake-themed activities on Activity Village, and Shelly tries some of them out in this guest post.

One of our favourite “mum and kids” activities has to be baking. We started when they were very young, just using basic store bought baking mixes and they would pour in the milk, add some eggs and mix it altogether. They loved it, and would often ask to bake. If you are looking for a cupcake recipe there is one on the site here – Rudolph Cupcakes.

Now we have moved onto following recipes, step by step, but I still like keeping it fun. My youngest especially likes the idea of coming up with creative ingredients while we bake - think something along the lines of what the witch from "Room on the Broom" adds to her cauldron and you will get the idea of what my son likes to come up with!

We are going definitely through a bit of a baking craze at the moment, 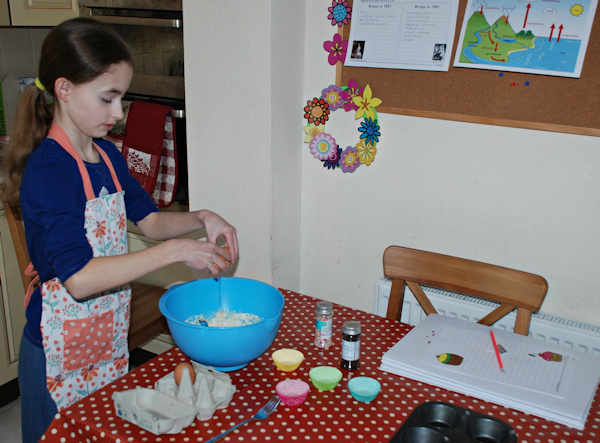 So I thought it would be fun to try and extend our baking craze and print out a few pages – really any excuse to try and sneak in a bit of extra writing and spelling practice for my son. 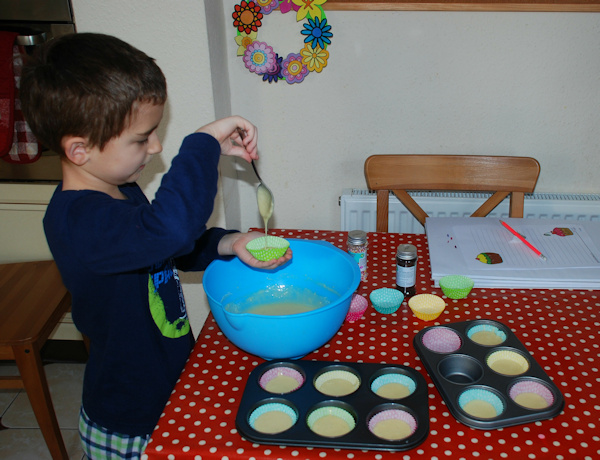 We started off by thinking about different flavours that you could have for cupcakes.  I just gave them each a cupcake writing page and they jotted down potential flavours.  To begin with both kids tried really hard to think of realistic flavours (some of their flavours would probably be more suited to muffins than cupcakes but like I mentioned above I was looking at this as a potential spelling practice activity for my youngest so we did not worry about that.) 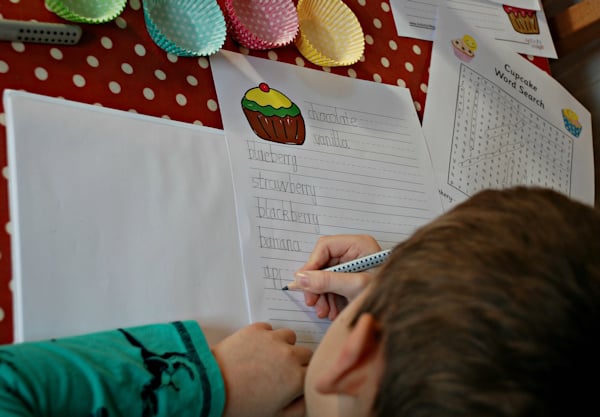 Then we used this cupcake colouring page and I gave the kids the challenge that before they randomly coloured in each cupcake they had to think about what the cupcake was and then use that to direct the colours that they chose. No big surprise - mine love chocolate so there were lots of different chocolate versions. 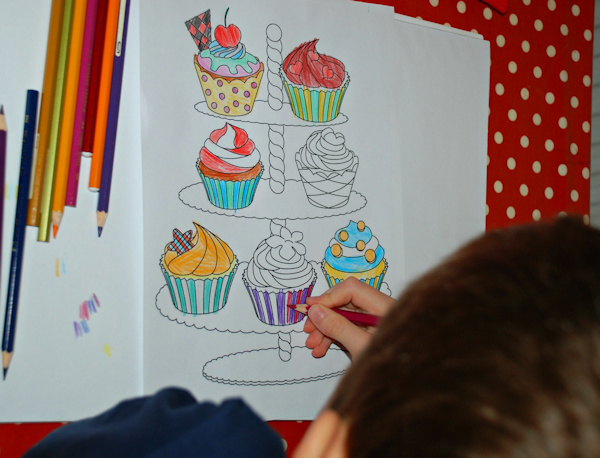 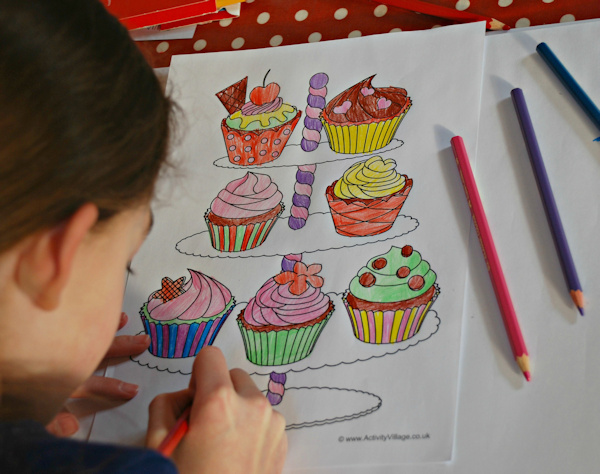 We also then had some fun coming up with official names for our cupcakes – we tried to think what we would name them if they were in a fancy coffee shop. 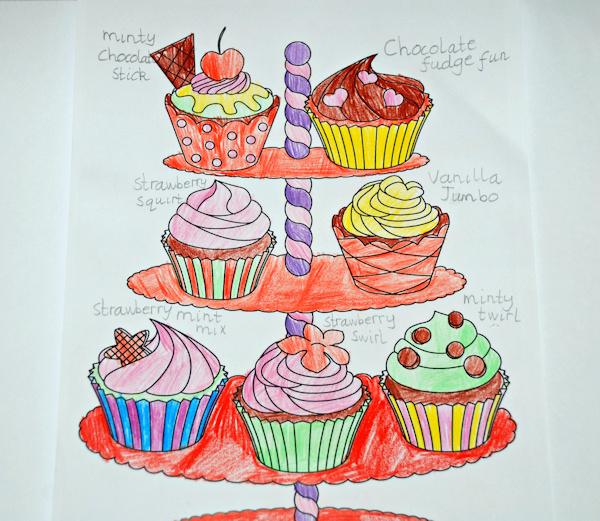 My daughter then took it a step further and used the Design Your Own Cupcake page. 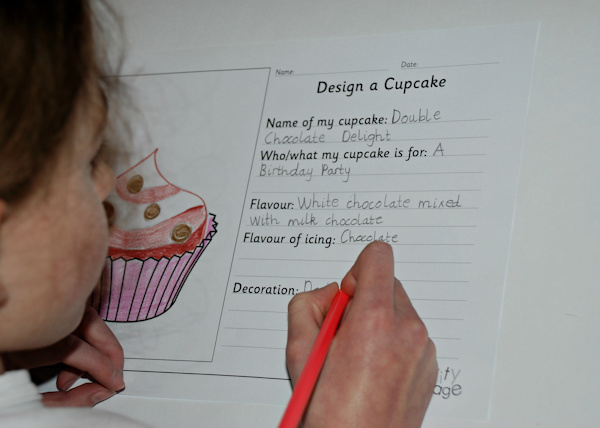 That prompted my son to also try one, but he branched off and first drew some crazy monster / dragon cupcakes before settling on the chocolate and more chocolate list for his ingredients. 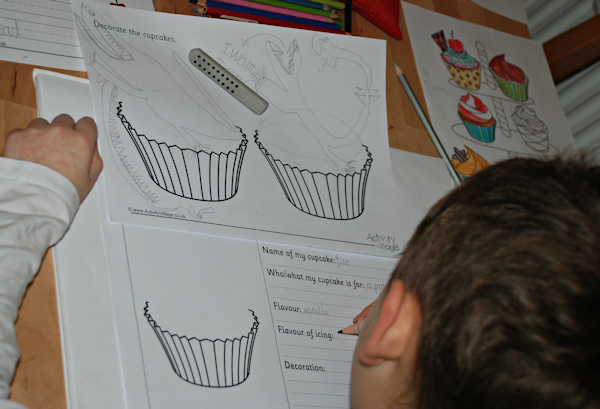 I must admit this actually got me thinking that this year at Halloween we might try and create some Spooky Cupcakes – I'm not sure why we have never tried that before!

For younger bakers I just wanted to point you to the lovely Cupcake Number Posters and Cupcake Alphabet Posters.  These would be have such a hit with my daughter when she was younger.  You could use them for number matching activities, creating number lines, matching the lower case alphabet letters to the upper case alphabet letters, and even building some basic cupcake words. 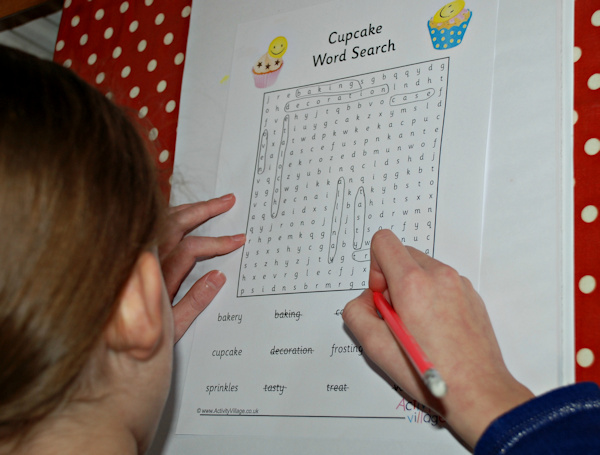 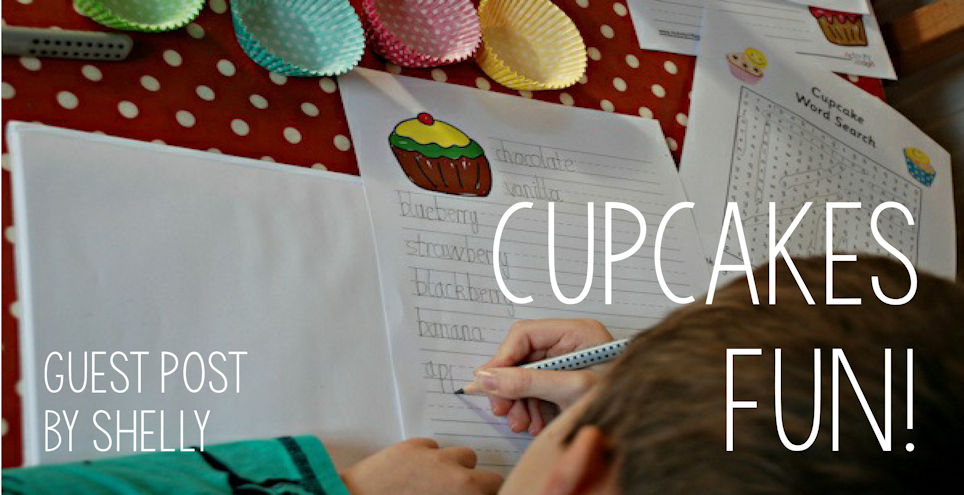 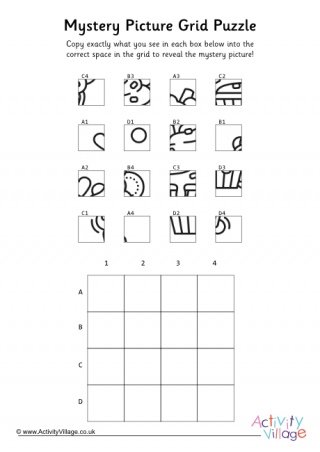 We know that there is a cupcake hidden in this puzzle - but how long will it take the kids to work out what they are drawing? Choose from a 16-square and a 64-square grid version below. 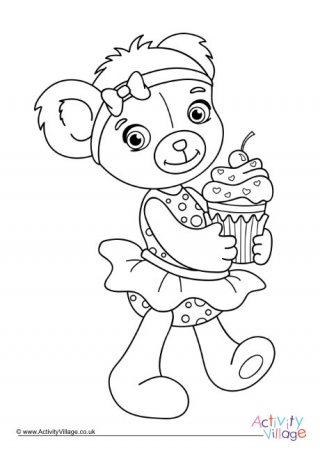 Do you think the teddy bear on this colouring page is taking her cupcake to a teddy bear's picnic? It certainly looks very tasty! 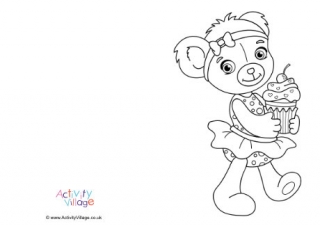 This cute colouring card with a teddy bear carrying a cupcake would make a perfect invitation to a tea party! Just print, colour in, then fold in half...