Activity Village is jam-packed with ideas to help you let mothers everywhere know how special they are - everything from really original Mothers Day crafts for kids through to pretty printables and colouring pages.

Mother's Day will next be celebrated on 8th May 2022 in the US, Canada, Australia and New Zealand and 19th March 2023 in the UK. Scroll down for our collection of activities and an explanation of the origins of Mother's Day. 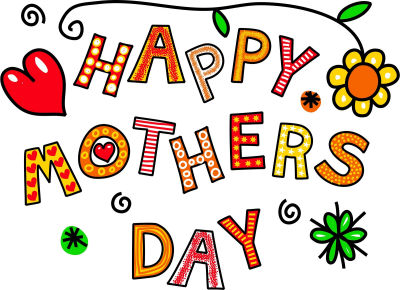 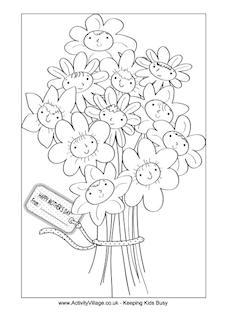 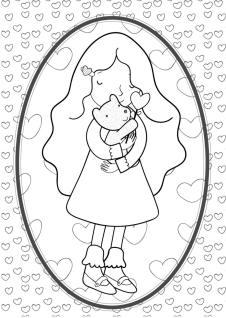 Mother's Day Colouring Cards
We've got a fun collection of free printable Mother's Day cards to print out for the kids...

Mother's Day Crafts
Getting the kids involved in making some special Mother's Day crafts is a bit of a tradition... 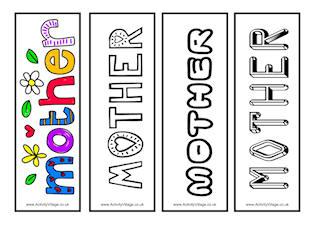 Mother's Day Bookmarks
Here are two sets of bookmarks - print out and choose one that you like to give to your mother this... 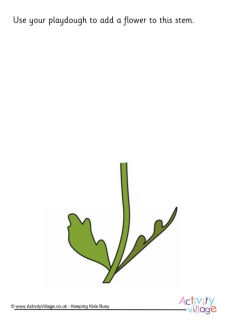 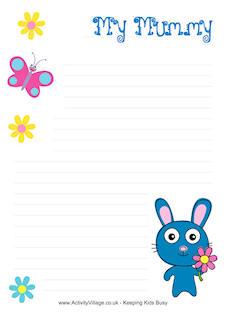 Mother's Day Writing Paper
Print out our special Mother's Day writing paper and frames so that your children can write a... 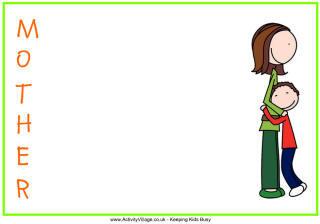 Mother's Day Acrostic Poem Printables
Use these Mother's Day acrostic poem print-outs in the home and classroom. Perfect for Mother... 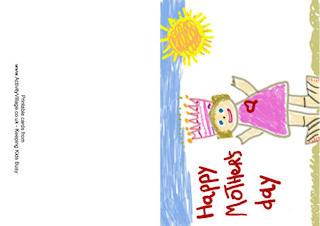 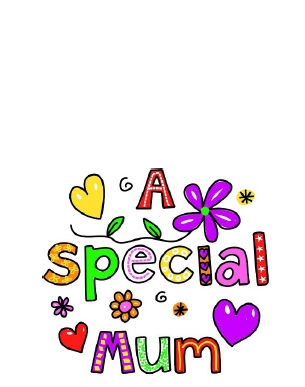 Mother's Day Booklets
All NEW! Our little booklets are so easy to make. You just print them out onto A4 paper and fold... 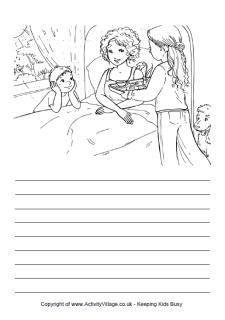 Mother's Day Story Paper
Use our Mother's Day story paper in the classroom for alsorts of descriptive writing projects... 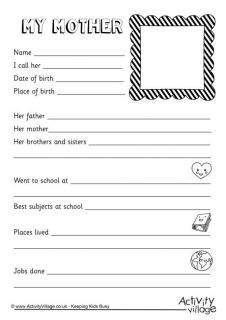 Mother's Day Worksheets
Lots NEW! We have some fun and original worksheets for Mother's Day below, designed to cover a... 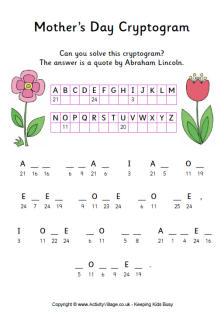 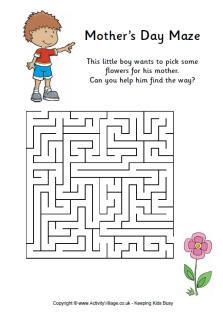 Mother's Day Mazes
Sit down with Mum and enjoy these printable mazes together this Mother's Day. 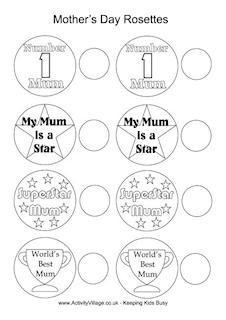 More Mother's Day Printables
Here's something a bit different for Mother's Day.  We have diplomas and rosettes to...

The Origins of Mother's Day

Since the 16th century, Christians in some parts of Europe have celebrated Mothering Sunday three weeks before Easter Sunday. By the early 20th century, Mothering Sunday was less widely observed. In America, however, Anna Jarvis had campaigned for a day to honour mothers and in 1914 President Woodrow Wilson announced an annual Mother's Day on the second Sunday in May. Seeing newspaper reports of this new "Mother's Day", Constance Smith began a campaign for a similar celebration of mothers in the UK in the form of a revival of Mothering Sunday. During the Second World War, when American and Canadian soldiers were stationed in the UK and brought the US traditions over, the idea grew in popularity and by the 1950s "Mother's Day" was a commerical holiday in the UK as well.

You can find out more about Mothering Sunday below. 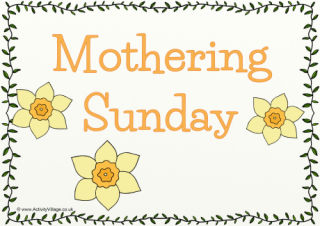 "Every mouse and bumblebee
Every bird up in a tree,
Every caterpillar and ladybug,
Loves to feel his mother's hug.

Every bear so fat and funny
Loves his mother more than honey.
Just as woodland creatures do
I love my mother - oh yes I do!"

A Recipe for a Very Dear Mother:
Take a cup of thoughtfulness
And add a lot of love,
Blend with smiles as warming
As the sunshine from above,
Add a cheerful spirit
And, of course, a heart that sings
And also the ability
To laugh at little things,
Stir in lots of tenderness
And understanding, too
And there you have the recipe
For mothers dear as you.
Author unknown

"A Mother is like a flower
On a sunny summer day.
You'd pick her in a minute
If you could have your way.

A Mother is like the sunshine;
She warms your heart each day
And makes you feel like smiling.
It's just her special way."

"I had a mother who read me the things
That wholesome life to the boy's heart brings -
Stories that stir with an upward touch,
Oh that each mother of boys were such!

You may have tangible wealth untold;
Caskets of jewels and coffers of gold.
Richer than I you can never be -
I had a mother who read to me."
Strickland Gillilan 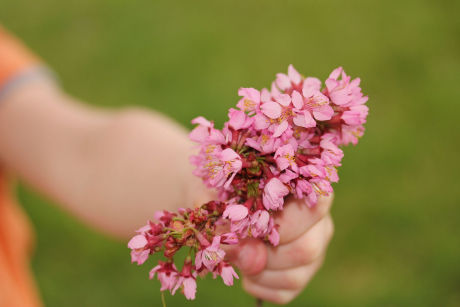