I recently went onto the alphabet section of Activity Village to search for some fun letters that I could print out for my son so we could build some words together.  We have always had letters of the alphabet printed out for the kids to use but he wanted something a bit more grown up than the teddy bear ones we currently have. He had a look on the website and immediately asked if we could print out the Monster Alphabet Cards. 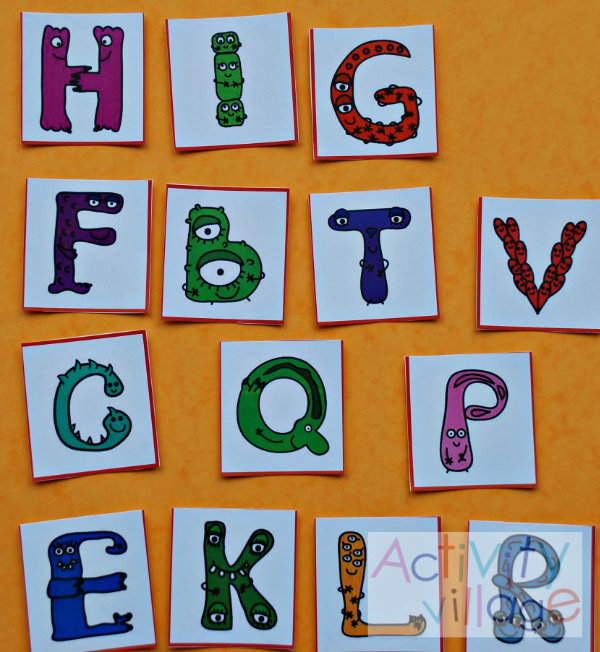 He LOVES them and has been very happy using them to practise spelling out a few of his new words. You might find it helpful to print out two copies of the alphabet – we definitely found that we needed 2 of the vowels and also 2 of some of the consonants – like l’s and s’s.

He also really likes the Sports Alphabet – it prints out in black and white and he wants to colour it in / decorate the letters himself. 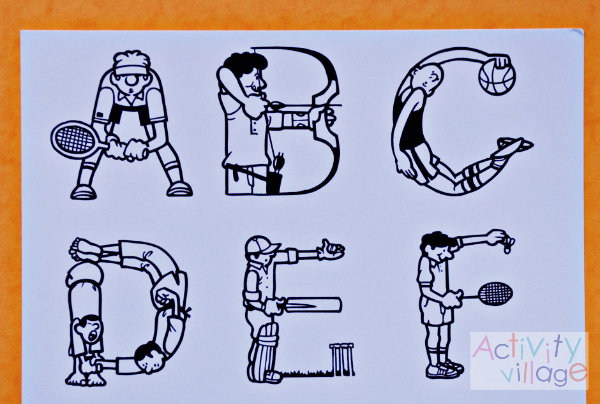 While I was looking for his monster alphabet I found a LOT of new fun printable alphabet pages that I had not noticed before and I thought I would share some of my favourites and how I would possibly use them. 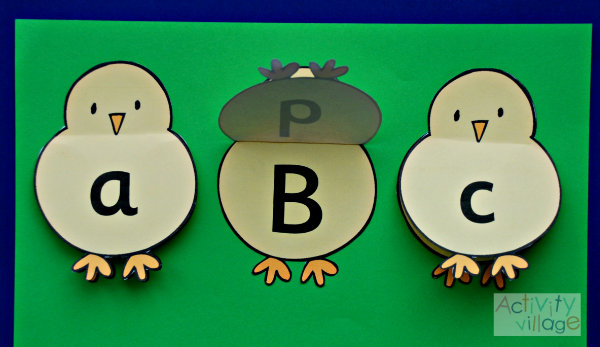 Lower case and upper case chicks glued together. You could have a whole alphabet of these as a border on your wall!

You could do the exact same thing with the Butterfly Alphabet and also with the Teddy Alphabet. 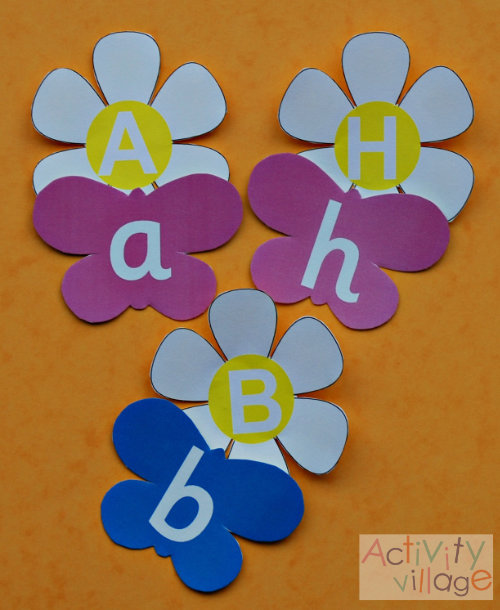 If you have any magnetic letters lying around the house you could also get them to try and match the same magnetic letter to the letter on the flower or butterfly.

Creating A Fun Alphabet In Your House

You could do this with any of the Printable Alphabets.  Just set them out somewhere where the kids can see them on a regular basis – we found a noticed board in our kitchen near to our kitchen table perfect for this. 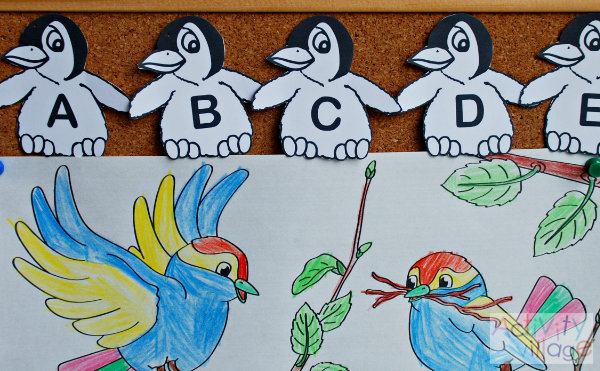 Penguin alphabet on a notice board (and that's the Building A Nest Colouring Page you see!)

With both my kids we have found having letter printouts in the house very useful. At the beginning it helped the kids get familiar with what the letters were. It helped them to understand that the lower case format and upper case format of a letter is just a different way of writing the letters - and of course and we have used them a lot for spelling. 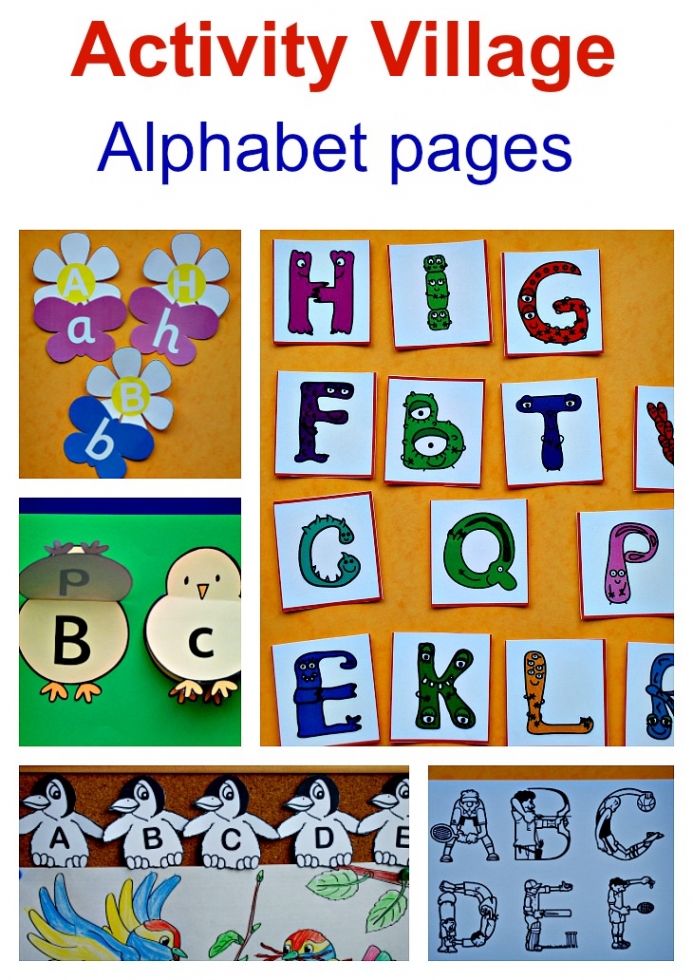 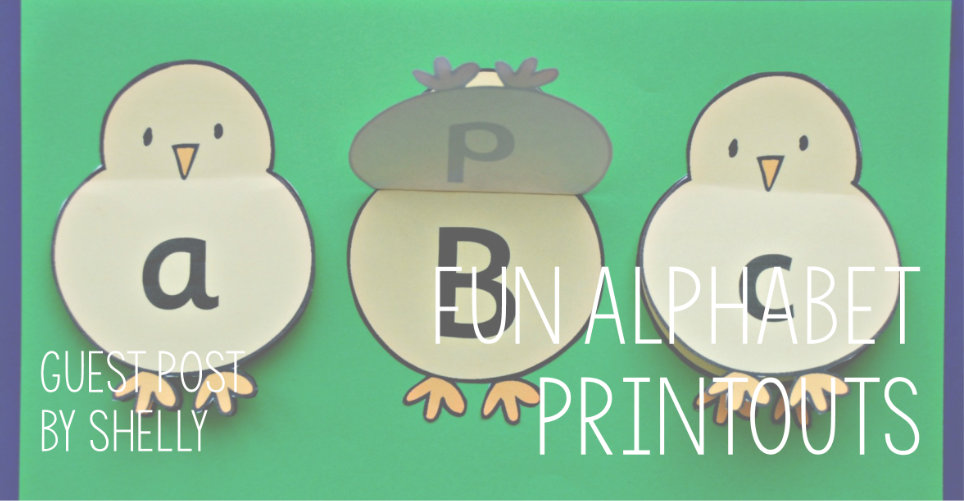