A Letter From Queen Victoria Worksheet

Queen Victoria loved to write letters, and many of them are still around today. Can the children imagine they are Queen Victoria, and write a letter to her son Edward, the future king, about a visit to Osborne House? 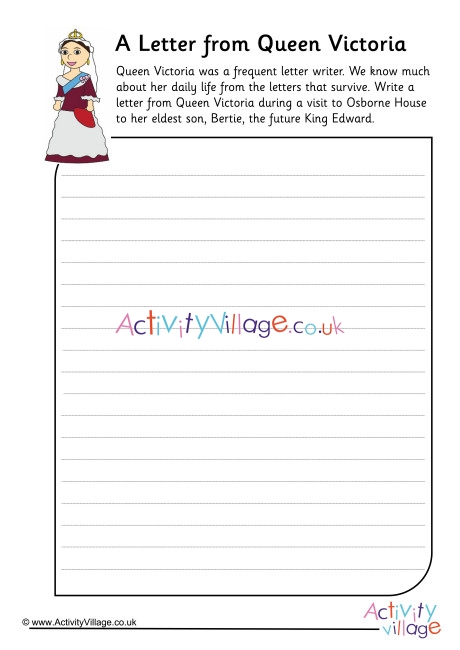