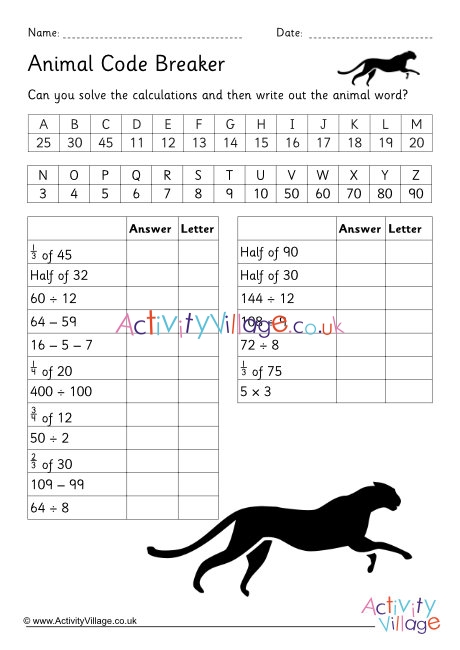 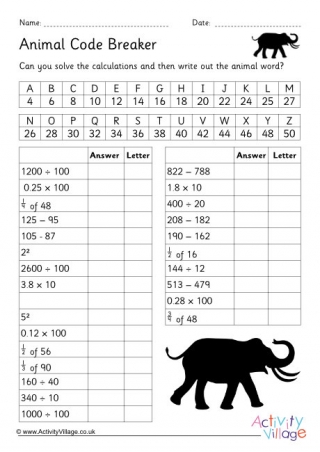 This code breaker puzzle involves decimals, fractions, multiplication, division, addition and subtraction - and it's a fun way to "drill" these skills while looking for the hidden African animals in the solution. Aimed at Year 5 (aged 9-10). 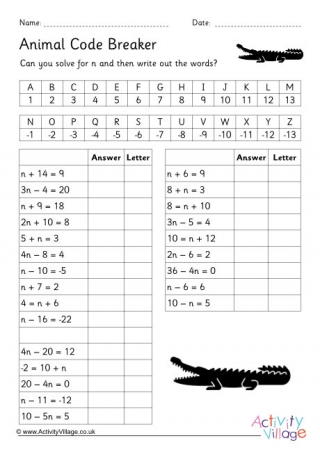 Solve for n to work out which African animals are hidden in this Animal Code Breaker. We've aimed this particular code breaker at Year 6 children (aged 10-11). 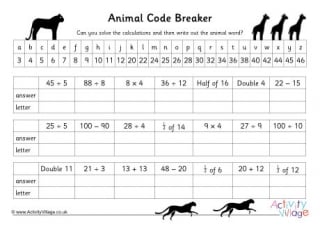 Solve the problems, crack the code and reveal three animal names! This is such a fun way to work on maths skills. This particular worksheet is aimed at Year 2-3 / 6-8 year olds.