Take a virtual trip around Austria with us, with the help of our introduction and fun facts, and collecton of useful flag printables. 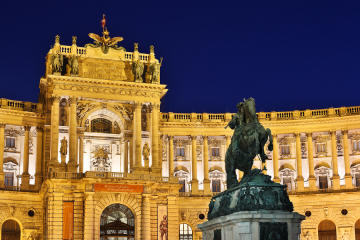 An Introduction to Austria

About the Austrian Flag

The National flag of Austria consists of three equal horizontal stripes, coloured red, white and red. It is the second oldest flag in the world, having been in use since the year 1230.  A well-known Austrian legend suggests that the flag design was invented by Duke Leopold V of Austria, after fighting the Siege of Acre. After heavy fighting, the Duke took off his belt to reveal a white stripe across the middle of his blood soaked tunic. 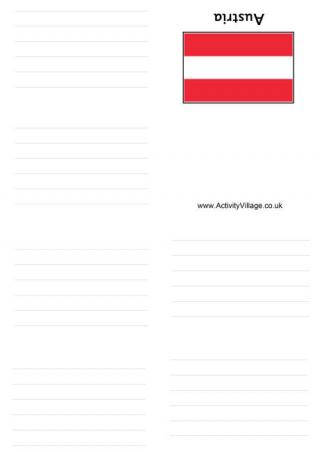 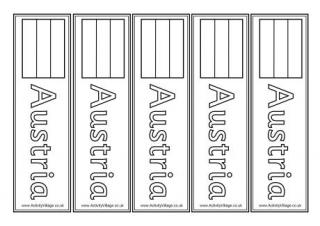 Four versions of our Austria bookmarks to print - useful for patriotic occasions and learning about Europe! 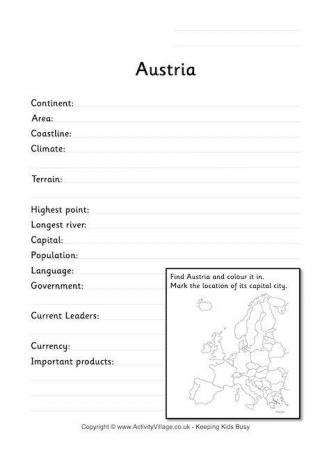 We've provided a list of facts for the kids to find out about Austria on this worksheet, as well as some location practice. 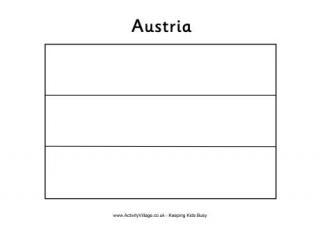 Colour in the flag of Austria, making sure you get the red and white the right way round! 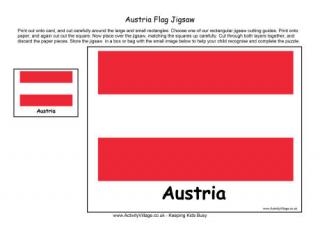 Learn the flag of Austria with the help of our fun printable jigsaw. Instructions and cutting guides are here. 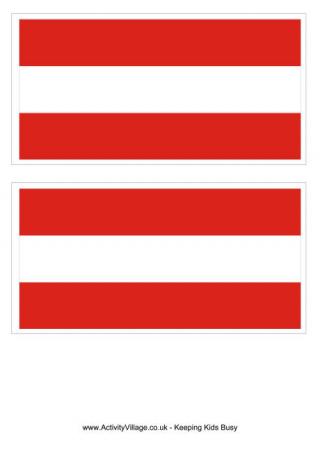 We have three sizes of the Austrian flag for you to print, cut out and use in your projects. 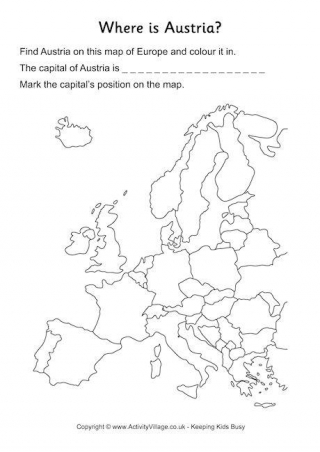 This location worksheet asks children to find Austria on our simplified map of Europe. The guided version provides the country names in capital cities, so is suitable for younger children the blank version is much harder! 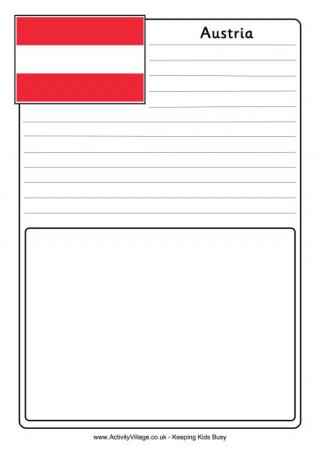 Print out one of our Austria notebooking pages for your research on this interesting country. 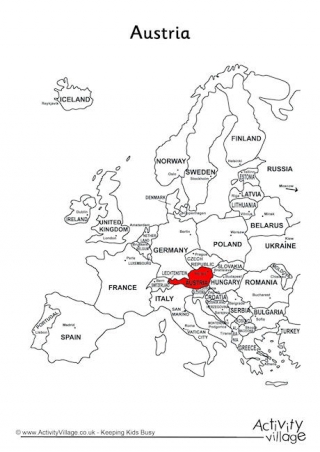 Kids can see where Austria falls within Europe on this simple outline map. 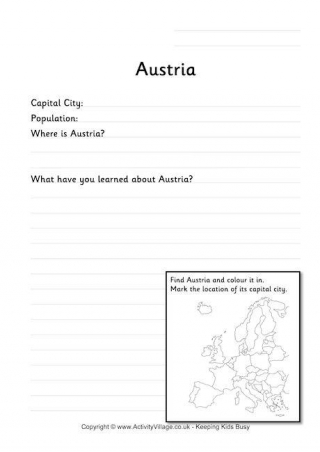 When you are learning about Austria with the kids, you could start with this simple worksheet, ready to print.