Find out a little about the Eastern European country of Belarus, and print out its flag in a number of useful printable formats... 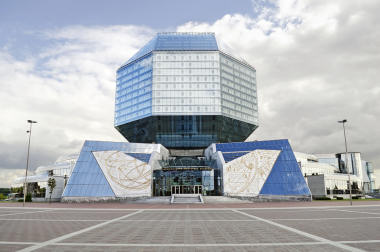 The National Library in Minsk, capital city of Belarus

Belarus, or Republic of Belarus, is a land-locked country in Eastern Europe. Belarus has been independent from the Soviet Union since 1991.

About the Belarusian Flag 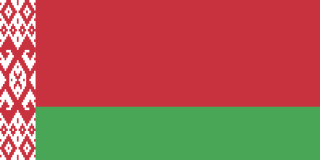 The Belarusian flag is made up of two horizontal stripes, with a wider red stripe at the top and a thinner green one at the bottom. There is a traditional Belarusian red and white pattern in a strip down the left side, and this pattern is also often used to decorate folk costumes. The national flag of Belarus was formally changed on June 7, 1995, following a referendum voted on by the Belarusian people. 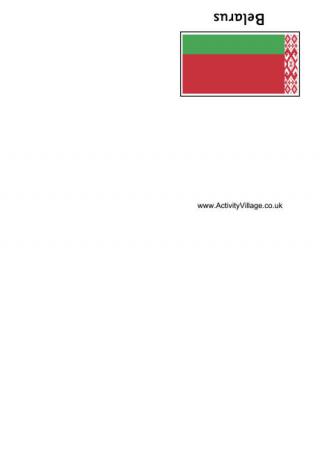 Children can consolidate all their facts and ideas about Belarus into this home made booklet. It features the Belarusian flag and there is a blank and lined version so you can use the one which suits you best. Instructions for folding here. 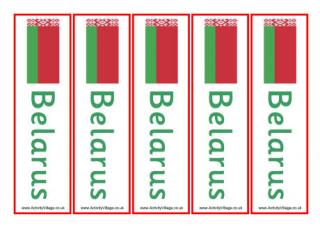 If you print these bookmarks onto card they would be great to hand out to children who are learning about Belarus. There is a black and white version which could be coloured in, and also a version with just the flag. 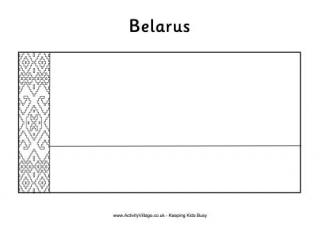 Try your hand at colouring this flag from Belarus. The decoration on the side is red and white. The top is red and the bottom strip is green. 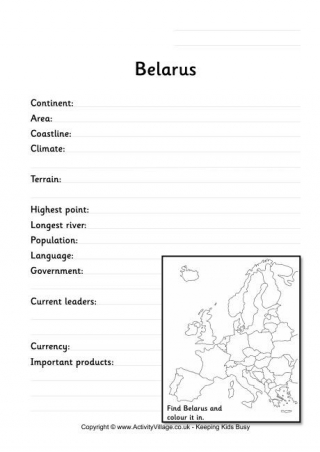 Our country fact worksheets are a great way to get the kids learning some information about different countries. This fact worksheet is all about Belarus - can the kids locate it on the map too? 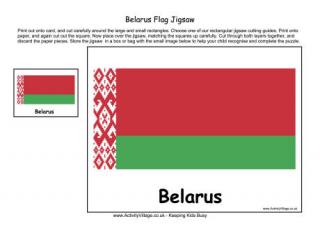 The Belarus flag is quite unusual as it has a patterned strip down one side. The design is traditional and comes from local plants and flowers. It makes a great jigsaw - just follow the instructions and use the cutting guides here. 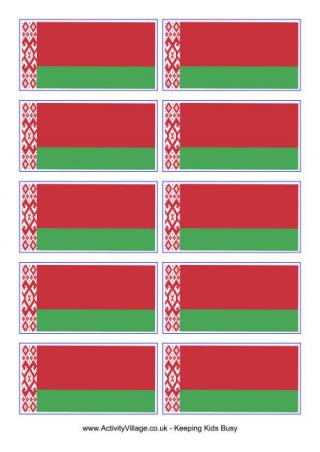 Here's the Belarus flag in miniature! There are three sizes available, from 2-per-page down to mini! The mini flags are fun for sticking in food at a Belarus party, or use them to decorate a poster. To make mini flags, cut into strips and then fold and glue over a cocktail stick or straw. 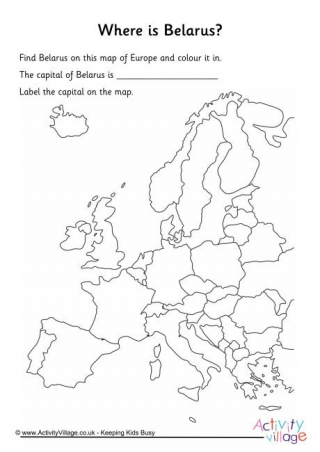 Use this location worksheet to help kids find Belarus and remember its location within Europe and its capital city. The guided worksheet includes country names and is aimed at younger children. 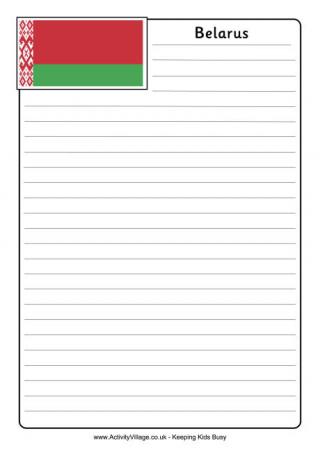 Use this notebooking page to write about the small eastern European country of Belarus. It features the country's flag in the corner and lots of space for writing. 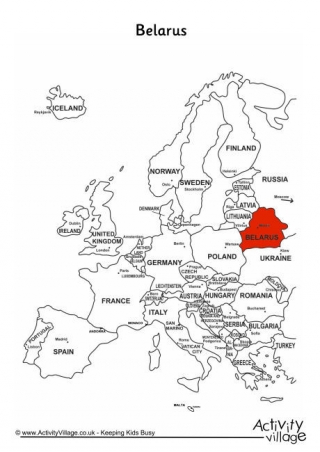 Children can use our map to see where Belarus is situated in Europe, and which other countries it borders with. 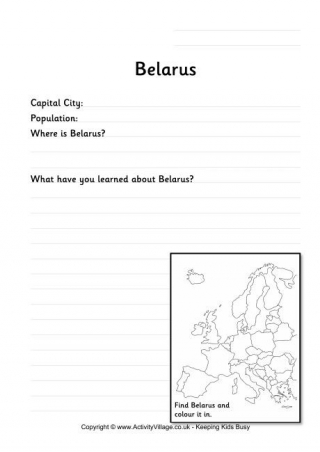 If you are learning about Belarus with the kids, this simple location and fact worksheet in a good place to start!