We were recently on the site looking for some minibeast pages to use in a crafting session and my son spotted the Ladybird Playdough Mat and immediately said that it would be great to use for number bonds. 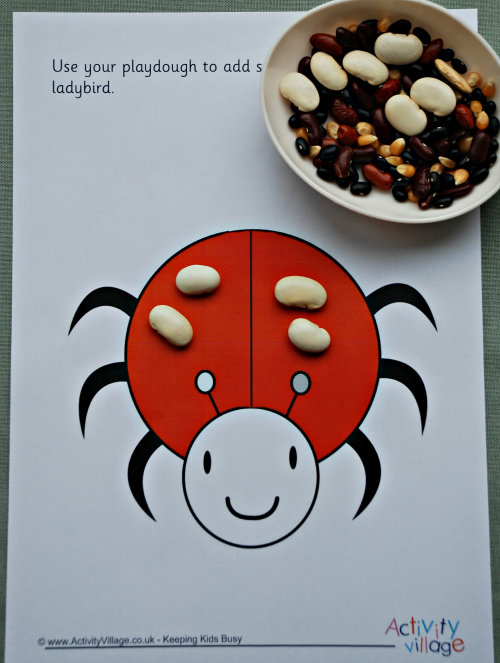 Ladybird playdough mat with an assortment of counting beans

When I first introduced my son to number bonds we did it using the number bond owls and we always split the sum between the two sides of the owl  - so when he saw the ladybird playdough mat he immediately saw the two wings and thought we could do the same activity. You can see how we used the owls here.

And I must admit he was completely correct. The ladybird playdough mat was perfect for number bonds.  We did a few different number bonds but each time we started with a number e.g. 10.  I would write the number on the top of the sheet and he would select 10 beans (we used butter beans and black beans from our mixed bean sensory tub).  He would split the 10 beans between the two sides and that would give him the sums. So 3 beans on one wing and 7 beans on the other wing would give him 3 +7. 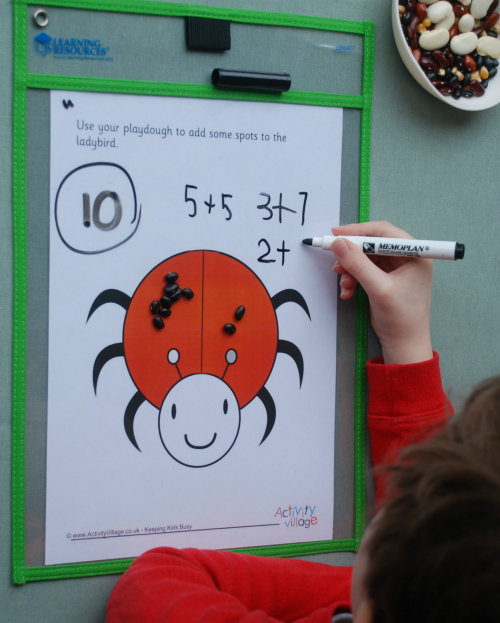 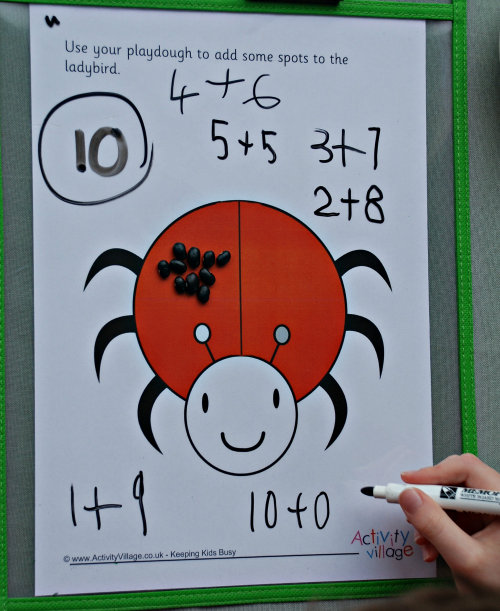 And you don’t need to stick to dried beans, any type of counter would work. If your page is laminated or inside a write-and-wipe-pocket kids could just draw the spots or make playdough spots. 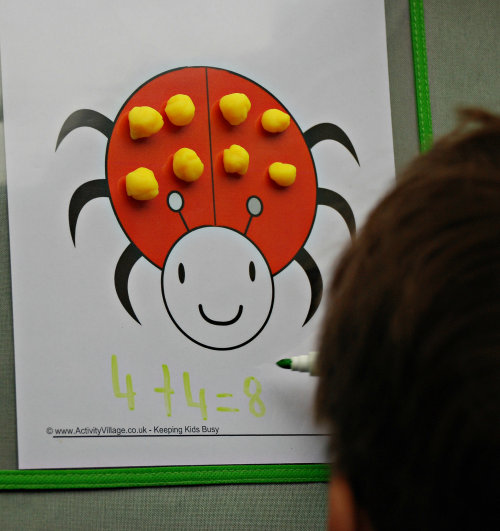 Although we used ours for number bonds, you could do the same thing for counting. Just get to the kids to count the number of spots on the ladybird.

My two also suggested that younger kids might like a home-made ladybird counting book (both my kids like coming up with suggestions on how different printouts can be used for learning activities). I liked this idea so I created two different ones to give you some ideas. 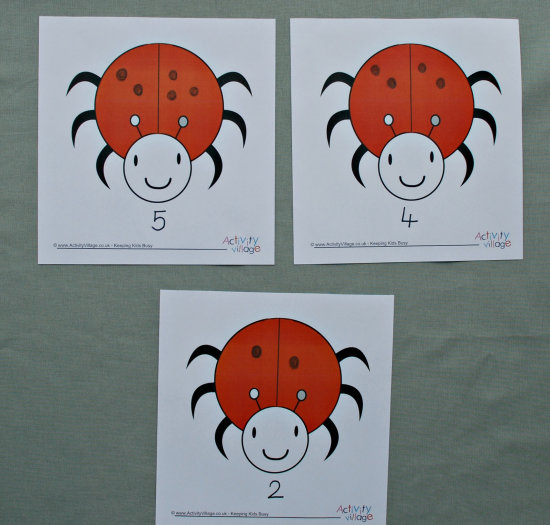 Then draw on some spots or possibly add the spots using stickers. You would start with just 1 spot on the first ladybird then 2 spots on the second, three spots on the third and continue going up to whatever number you want (possibly 5 or 10). You could also write the number at the bottom of the page, at the top of the page or even inside the ladybirds head (and if you wanted you could even write out the number word on your page). 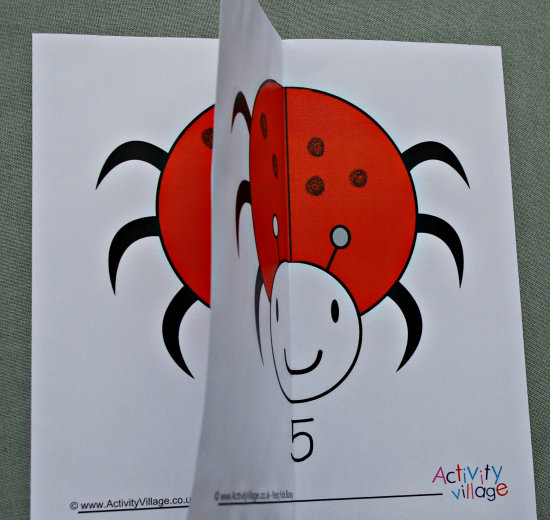 Using the ladybird playdough mat to create a counting

And you have an easy to make home-made ladybird counting book!

If you had slightly older kids you could take the same idea but instead of making a counting book you could extend it to a basic sum book. Same idea  - you need to add spots to the ladybirds (again drawing or stickers) but this time instead of writing the number now you are going to write out the sum on each page. 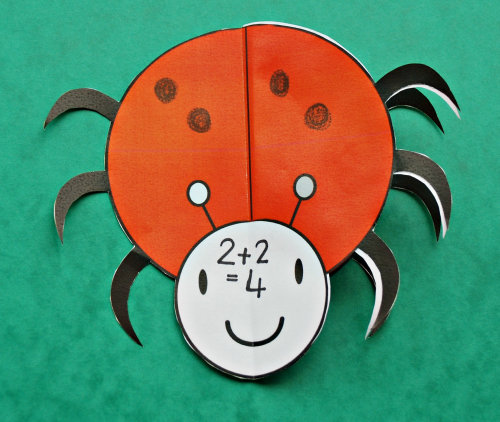 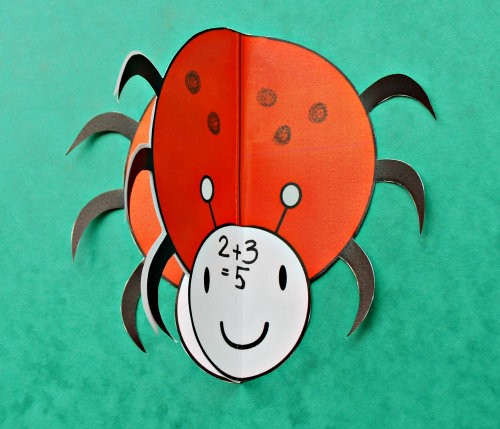 And you can always take it a step further like I did, and cut out the individual ladybirds. (Same idea with the gluing – you need to fold the ladybirds in half and then glue the 2nd half of the first ladybird to the 1st half of the second ladybird etc.). 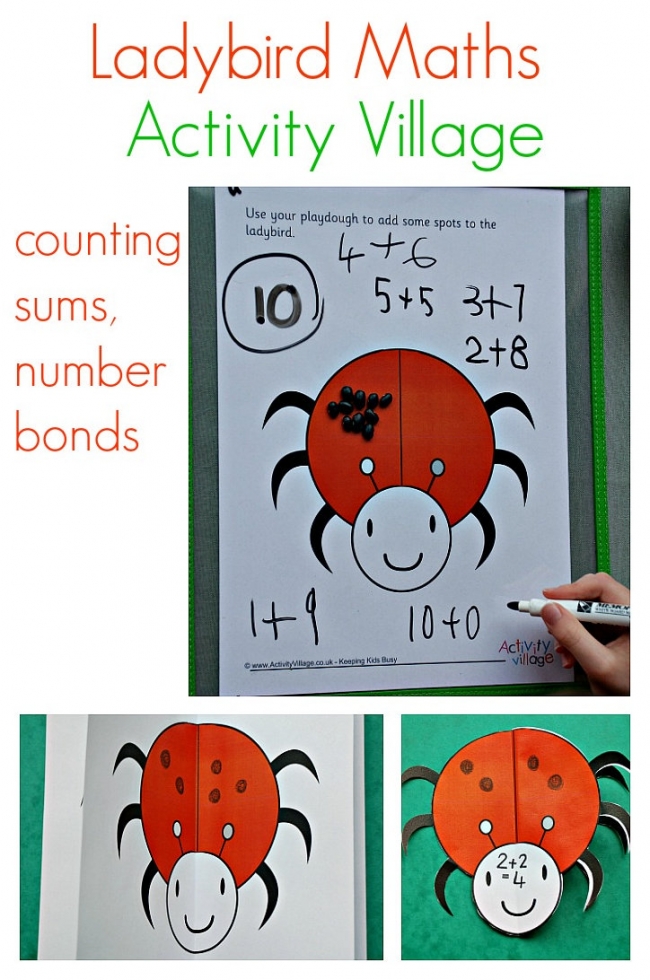 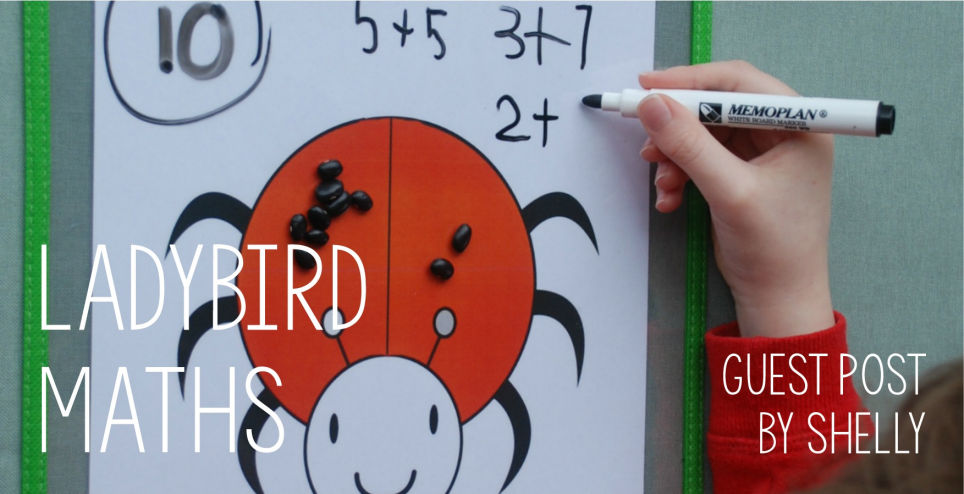