In today's guest post, Shelly explains how she has been using our Fact Family Mats with her children to learn simple fact families up to 10 as well as look at bigger numbers, times tables, fractions and decimals.

I tend to print quite a few pages for all the kids learning activities so when I come across a page that I know we can use and reuse over and over again I get very excited. The Make a Fact Family Mat Blank page is one of those pages. I have printed a few out and they are inside our write and wipe pockets so the kids can use them over and over again as a basic maths template. I know most people think of maths fact family resources as being for numbers up to 10. Yes, they are perfect for that - but don’t stop there.  A maths fact family is a group of maths facts about the same numbers. So you can use them for addition and subtraction, fractions, multiplication and division and they can be used for small numbers and large numbers.

If you have read any of the previous guest posts I have written about Activity Village maths pages, you probably saw how much we love maths manipulatives! I think they work really well with the fact family printables.  When I first introduced a maths fact family to my youngest we used our snap cubes to represent the total number and we also used some magnetic numbers. I love using magnetic numbers with younger children as the kids can feel the shape of the numbers which helps them remember how to write the numbers. 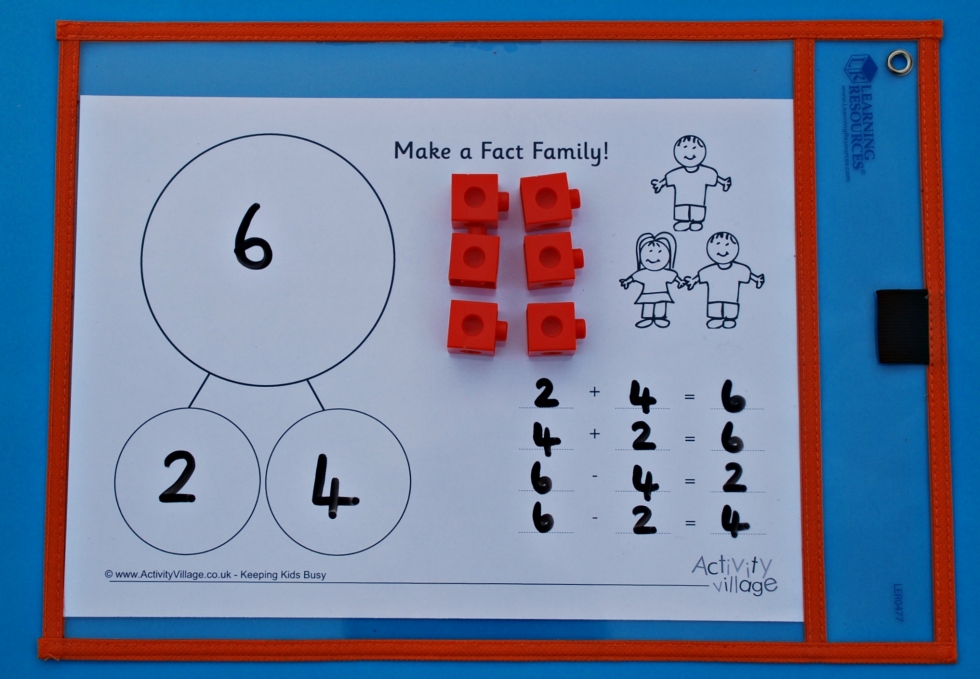 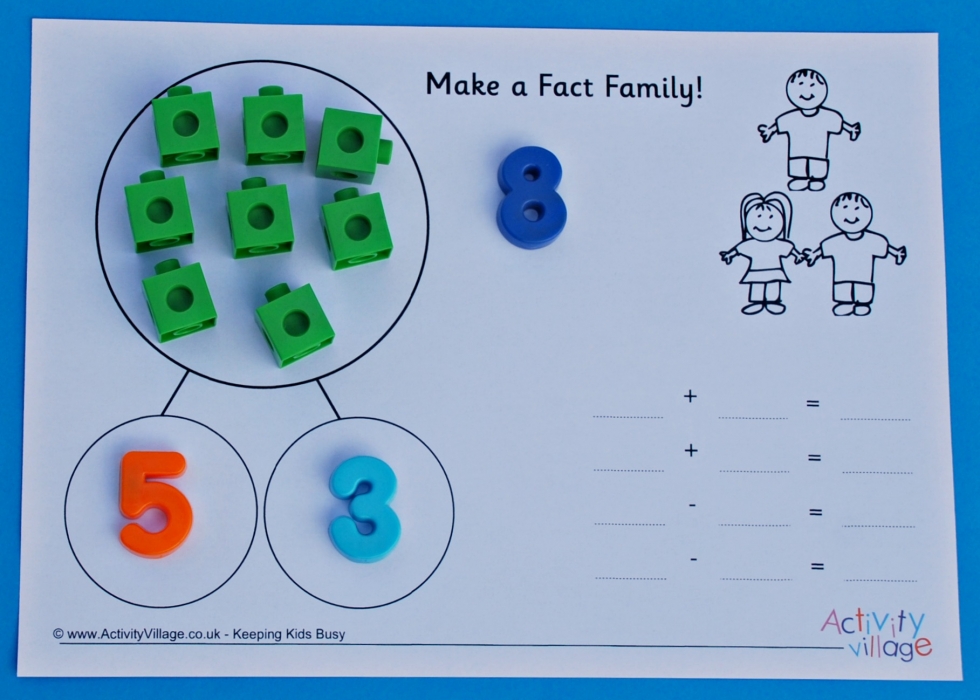 Once he had played around a bit and got used to the idea, he had a go at creating his own pages. He choose to use craft pom- poms for his pages. 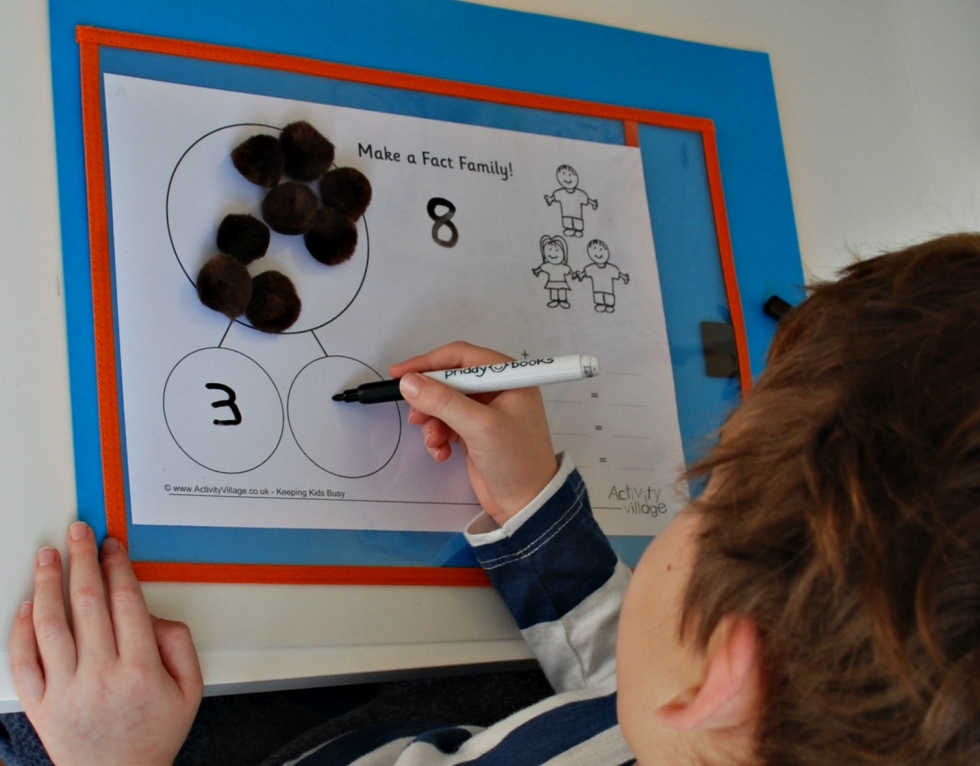 I like the idea of sticking with the same page format for bigger numbers as it reinforces the concept that the relationship between addition and subtraction does not change just because the numbers get bigger.  Whether you are adding 2 to 8 or 20 to 80 the same inverse relationship applies. 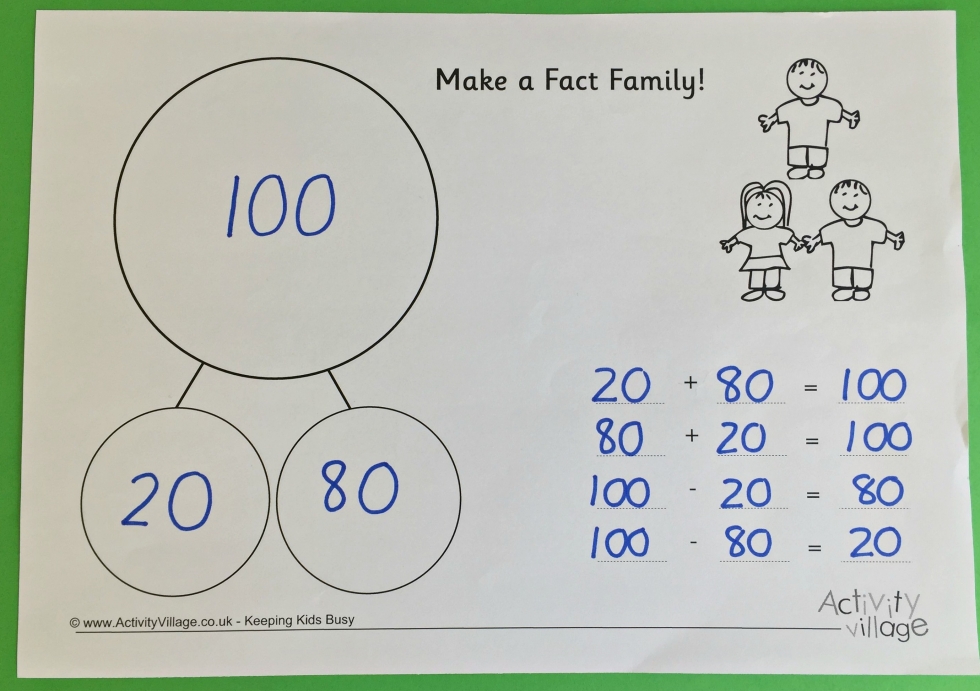 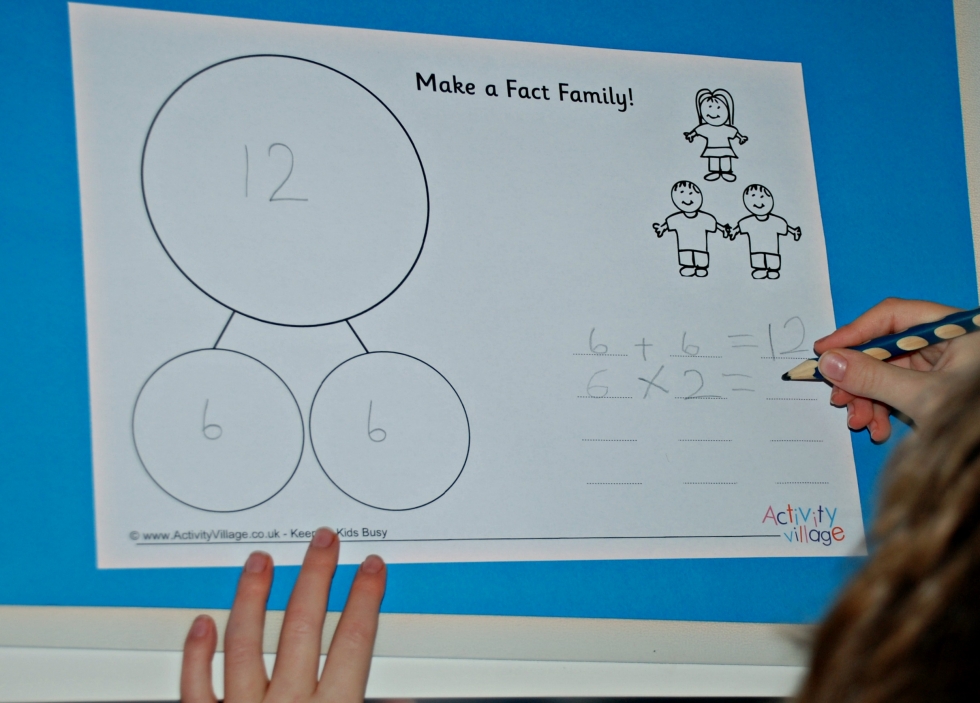 Using the fact family mats for the 2 times table

With my oldest we have been using the same fact family page (Make a Fact Family Mat Blank - version 2) for some fraction work. We started by taking a whole number and splitting it into its fractions: ½ + ½ or 2/3 +1/3.  We did multiple versions of this as it reinforced the idea that even when you work with fractions the same addition and subtraction rules apply if ½ + ½ = 1 then 1 - ½ = ½. 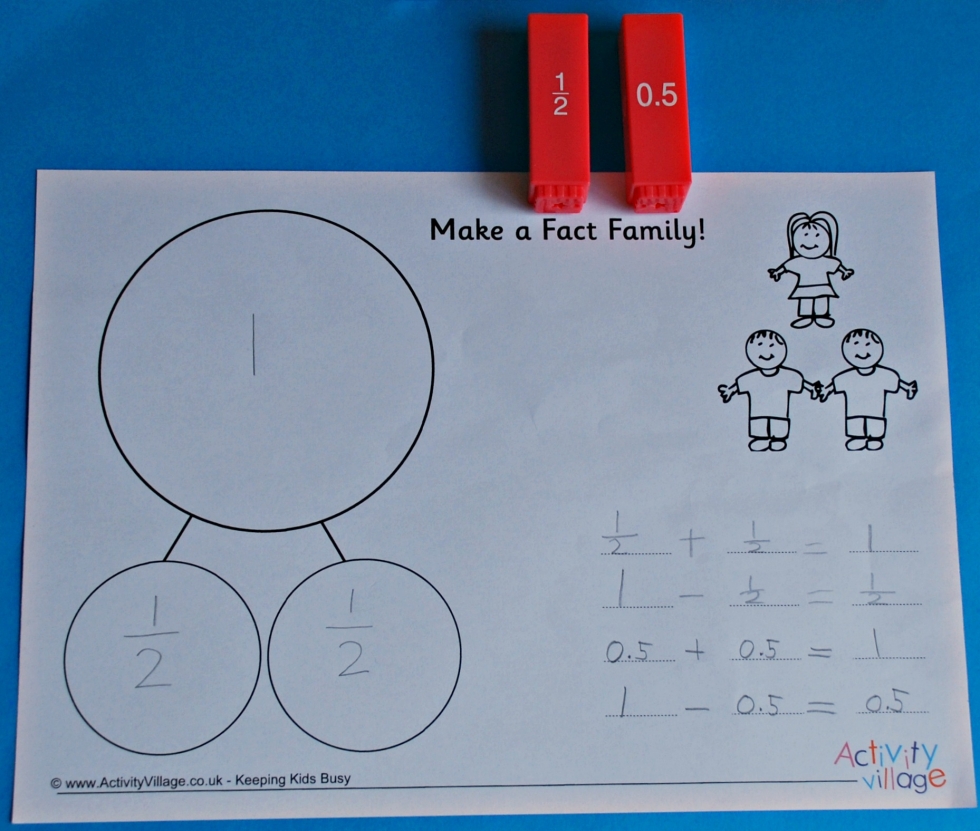 We then worked on decimals, to show that introducing decimals does not affect that inverse relationship between addition and subtraction. So 0.5 + 0.5 = 1 and 1 - 0.5 = 0.5. By writing out the fractions and decimals on the same fact family page it also helps to reinforce that whether you write it as ½ or as 0.5 it means the same amount. 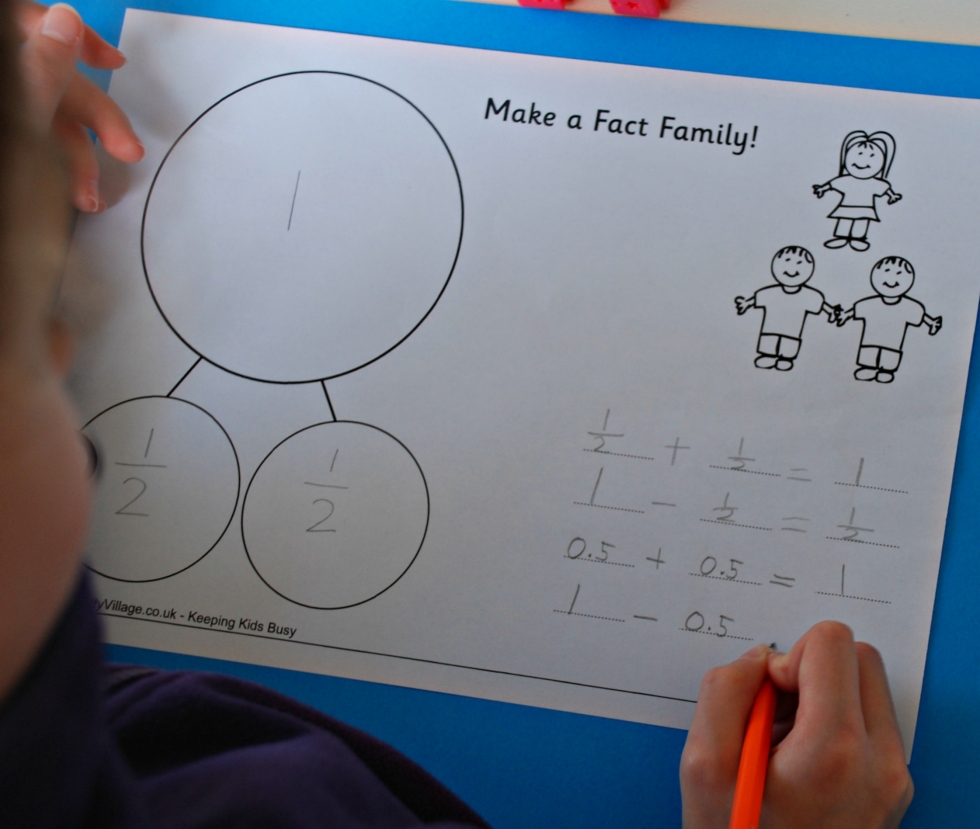 Using the fact family mat for fractions and decimals