Ian Thorpe OAM (1982 - present), is an Australian swimmer who has won five Olympic gold medals - the most won by any Australian. Ian specialises in freestyle, but also competes in backstroke and the individual medley. He was the most successful athlete at the 2000 Summer Olympics in Sydney.

Fun fact: Ian's nicknames include "the Thorpedo" and "Thorpey". When he first started swimming as a young boy he had an allergy to chlorine which meant he had to keep his head above the water as he swam.

"For myself, losing is not coming second. It's getting out of the water knowing you could have done better. For myself, I have won every race I've been in."
Ian Thorpe 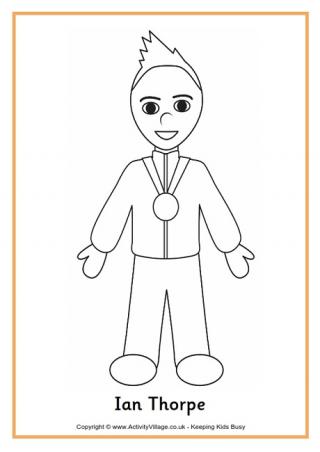 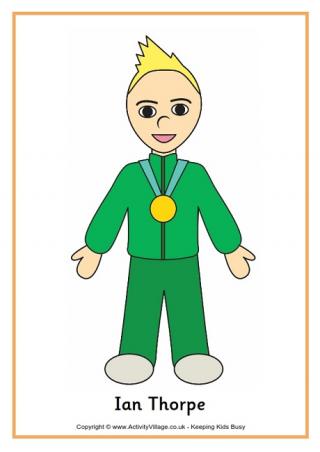 Enjoy this fun illustrated Ian Thorpe poster for kids. The "Thorpedo" is one of Australia's greatest swimmers, winning 5 gold medals in the 2000 Sydney Olympics. 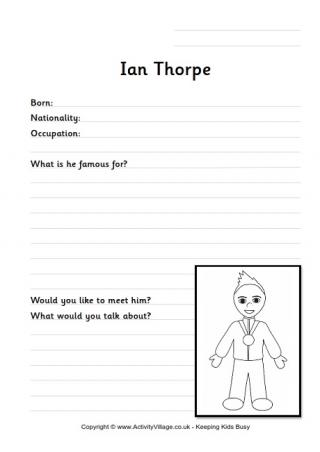 Do some research with the kids to find out about Australia's great Olympic swimmer, Ian Thorpe, and then fill out our fun worksheet. 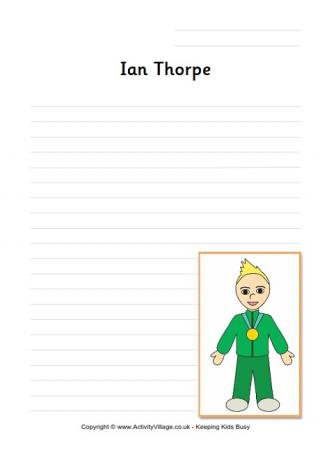 Here's a simple writing page for Australia's swimming star, Ian Thorpe, to use in your projects. Available in colour or black and white. 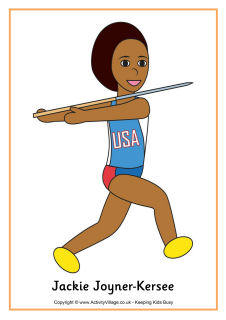