What do you know about Kazakhstan? It's part of both Europe and Asia, and has one of the world's coldest capital cities! These and more interesting information, and a complete set of flag printables, can be found below. 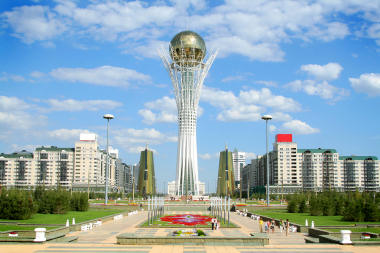 About the Kazakhstan Flag

The flag of Kazakhstan features a gold sun with 32 rays and the outline of a flying eagle on a sky blue background. There is also a traditional, ornamental pattern down the side of the flag. 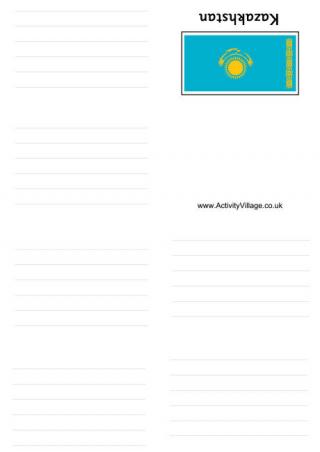 These little booklets are perfect for children to make and then write or draw in. This one is themed with the Kazakhstan flag. You will need our booklet folding instructions. 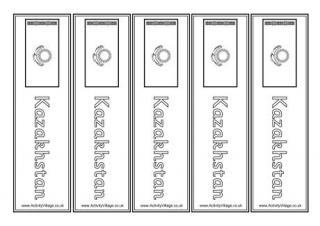 These colour in bookmarks featuring Kazakhstan make great prizes or rewards. Kids could collect a whole set: we have them available for loads of countries! There is a colour version too and a version with and without the words. 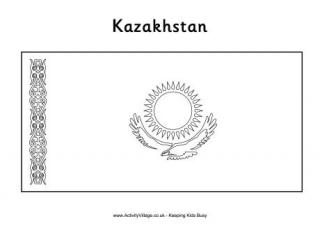 This colouring flag of Kazakhstan has a lot of detail in the sun, eagle and traditional decorative strip. One for those with a steady hand. 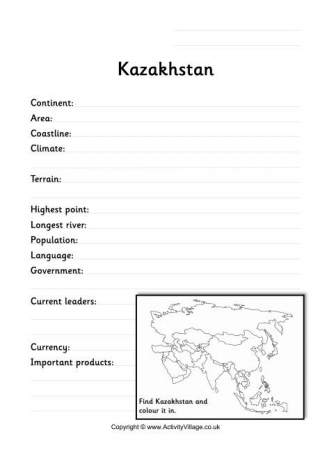 Pick a cutting template and then get started on making your own jigsaw of the Kazakhstan flag. Now you can't buy that in the shops! The flag of Kazakhstan features a sun and an eagle. Use this printable to make your own flag. You could also use it to make Asian country bunting or have a quiz on flags of the world. Have a go at locating Kazakhstan on this simplified outline map of Asia. Choose from two levels of difficulty. Kazakhstan is the largest landlocked country in the world! What other facts can you find out about Kazakhstan? Write them on this special notebooking page.