Travel to eastern Europe to a country full of forests, rocky hills and famous vineyards. Then scroll down for some of our printable resources to test your new-found knowledge! 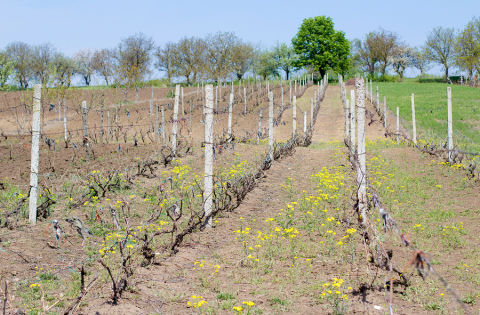 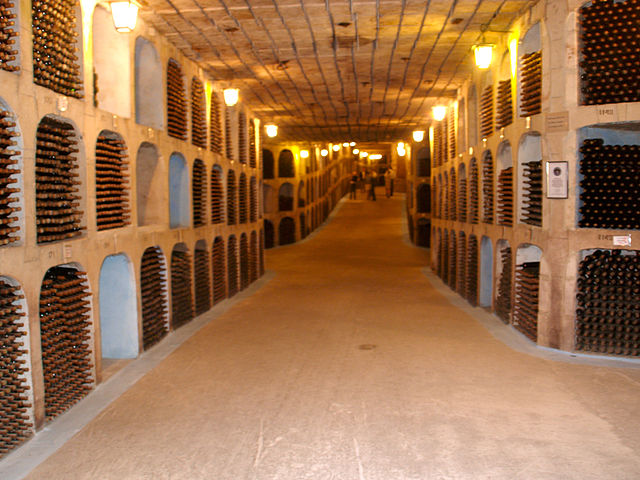 About the Moldovan Flag 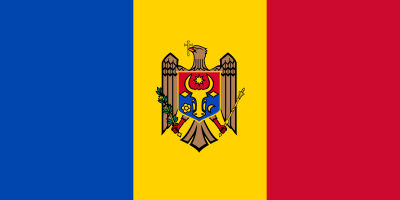 The Moldovan flag has three vertical stripes of blue, yellow and red. In the central stripe you can see the coat of arms of Moldova, in the shape of an eagle. 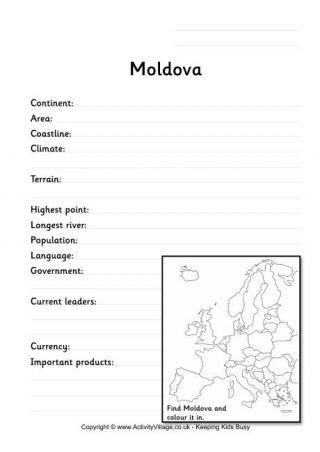 This worksheet encourages the kids to find out some facts and statistics about Moldova and to study its location on a map of Europe too. 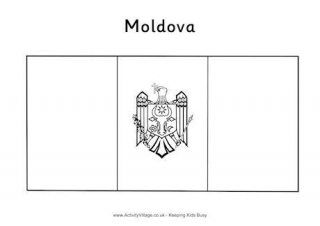 The Moldova flag is one of the trickier flags to colour in, as there is quite a lot of detail to pick out in the crest in the centre! 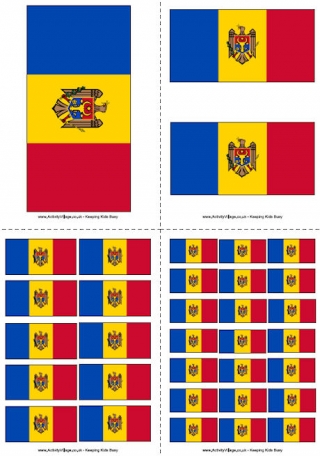 Blue, yellow, and red are the colours of the Moldova flag. Here it is in four different sizes, ready to print. 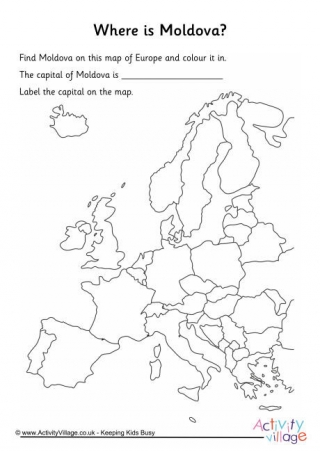 Help children learn where Moldova is situated within Europe with these location map worksheets. 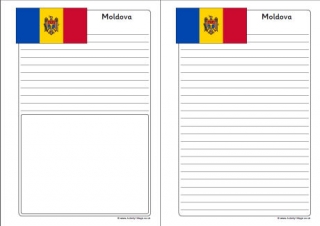 Here are two notebooking pages that the children can use to record everything they learn about the Eastern European country of Moldova. 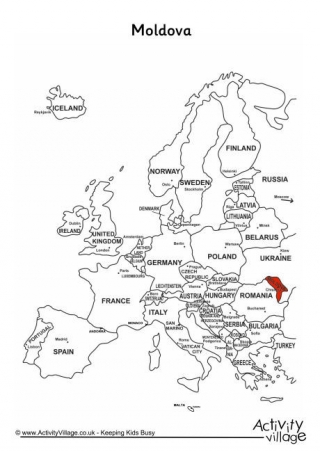 Our simplified map of Europe shows Moldova clearly in red - great for learning about its location within Europe. 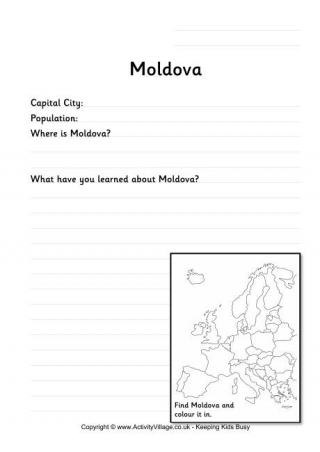 Learn a little about Moldova with the children, then record the information on our simple worksheet.