Tracing these pretty rangoli tracing pages will hopefully inspire the kids to try creating some of their own, and give them lots of familiarity with rangoli-type designs. Of course you can colour in the patterns when the lines have been traced. 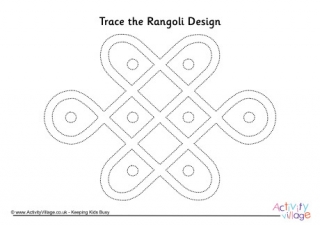 Our first rangoli tracing page echoes the sort of traditional rangoli design where a grid of dots is set up and then lines drawn around them in a continuous, loopy pattern. It's a real study in pencil control! 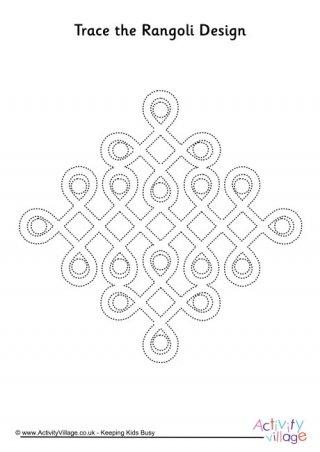 This second of our rangoli tracing pages also suggests a dotted grid, with loops forming around it. Start by drawing in the circles and then see how carefully you can trace the loops. Tricky! 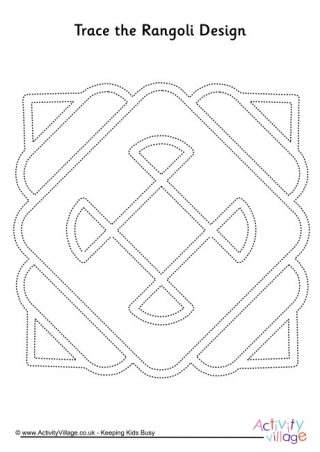 Our third rangoli tracing page follows a fairly simple square design. This is a good starter tracing page for younger children, who can draw between the lines with a felt tip pen or crayon. Older kids can draw along all the lines. 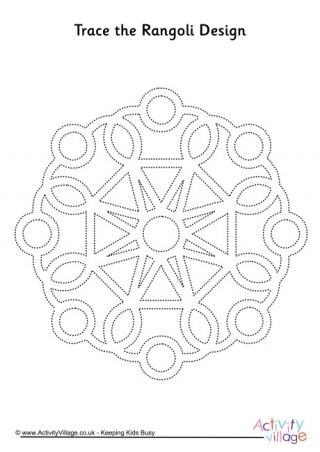 This pretty rangoli design is going to be tricky to trace. Make it a little easier if you like by tracing within the lines rather than direclty on them. 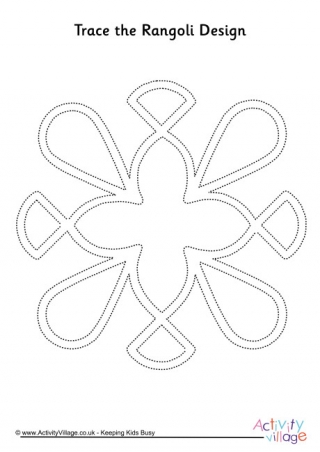 Here's another simple rangoli pattern for the kids to trace. It's not only good pencil practice, but it is fun to draw the symmetrical pattern too. Younger children can trace within the dotted lines. 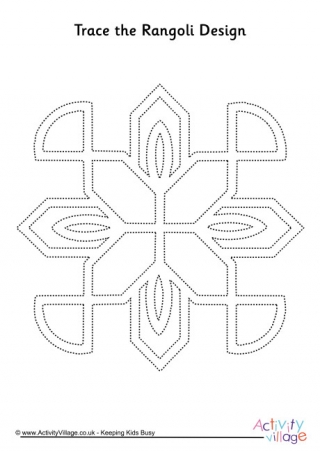 This tracing page has a rangoli with unusually sharp lines, but it does make it easier to trace! It's also a fun one to colour in when the tracing is one. 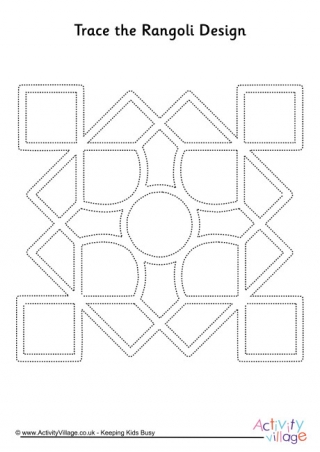 With a circle in the middle and squares at the corners and lots of other lines and shapes in between, this is quite a challenging tracing page for Diwali! 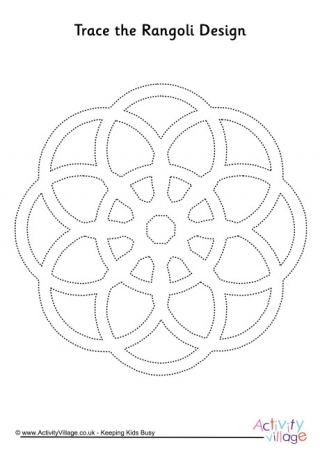 Pretty, looping lines raidation out of the central circle on this rangoli tracing page. Younger children can trace within the lines; older kids might light to try tracing directly on them, then colouring in their creation. 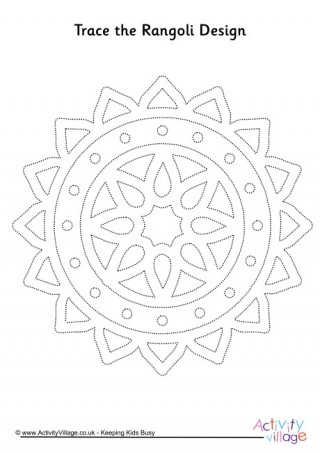 This pretty rangoli tracing page has a real "Indian" feel about it, with the star and tear-drop shapes in the centre. Trace over all the dotted lines and then perhaps try colouring it in? 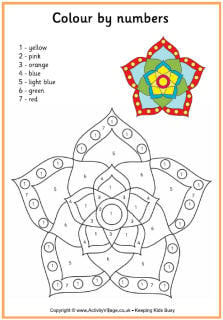