The Story of Prahlad and Holika

There are many legends associated with Holi, all celebrating the triump of good over evil. The word "holi" literally means "burning", and one of the most popular legends is the story of Hiranyakashyap, Prahlad and Holika.

There was once a demon king called Hiranyakashyap, who believed that he was more powerful than the gods. He wanted everyone to worship him.

His son, Prahlad, did not worship his father. Instead, he worshipped the god Vishnu. This made Hiranyakashyap so angry that he decided to murder his son. He tried all sorts of methods. Prahlad was attacked by soldiers, thrown over a cliff and into a well, trampled by an elephant, starved and bitten by poisonous snakes, but each time the god Vishnu saved him.

Finally, in desperation, Hiranyakashyap asked his demon sister, Holika, to kill Prahlad. Holika could not be hurt by fire, so she decided to use this magic power to murder the boy. She pulled him onto her lap and then sat in the middle of a bonfire, thinking that he would burn to death while she remained safe.

But the gods didn't like her evil intentions and took away her magic power! Prahlad sat in the fire and prayed to Vishnu, who saved him while the wicked Holika was burned away.

When the wicked Hiranyakashyap died shortly afterwards, Prahlad became king in his place and ruled wisely and fairly. And the moral of the story is that good always beats evil!

The Story of Prahlad and Holika - Activities 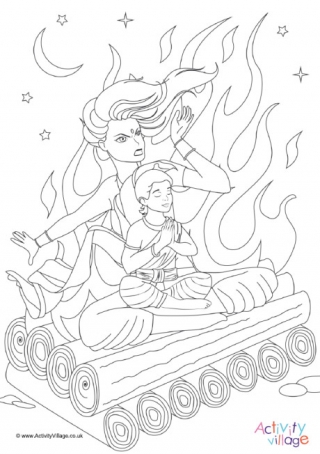 Our colouring page shows the evil Holika holding her nephew Prahlad on ther lap in the bonfire. Prahlad prays to Lord Vishnu, who protects him from the flames. 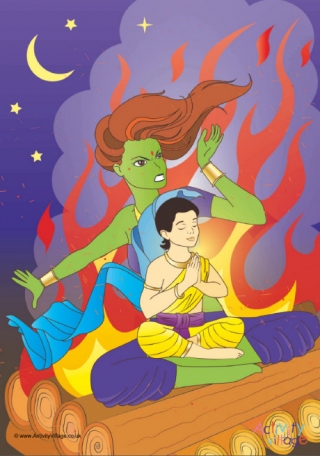 This poster shows the story of Prahlad and Holika. When Prahlad's father decides to kill him, he asks Holika, the boy's aunt, to help. She has been given a magic power that means she can't be burned, so she sneakily takes the boy onto her lap and climbs into a bonfire. 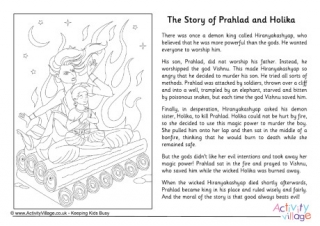 Read the Indian legend of Prahlad and Holika, commonly associated with the spring festival of Holi, and colour in the picture. 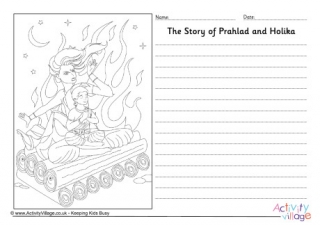 Children can use our story paper to tell the story of Prahlad and Holika in their own words, or perhaps for dictation. And of course they can colour in the picture, too. 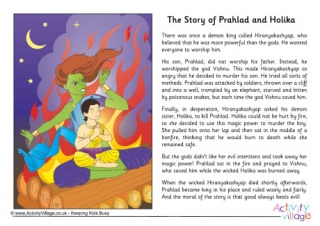 This printable tells the story of Prahlad and Holika, an Indian legend associated with the spring festival of Holi. As all good stories, it's about the triump of good over evil... 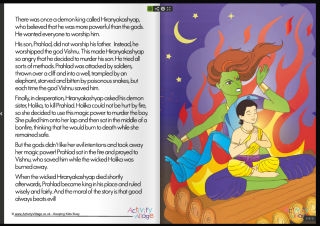 Flip through the pages and read this traditional Indian story below. There's a button at the top of the flipbook which allows you to expand to full screen, or share with your friends. 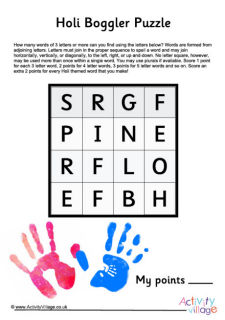