Learn a little about the Chinese Zodiac and practise character development skills with our character study worksheets! Can the children develop a character born in the Year of the Rabbit, who might be lucky, conscientious, peaceful, virtuous, kind and articulate? 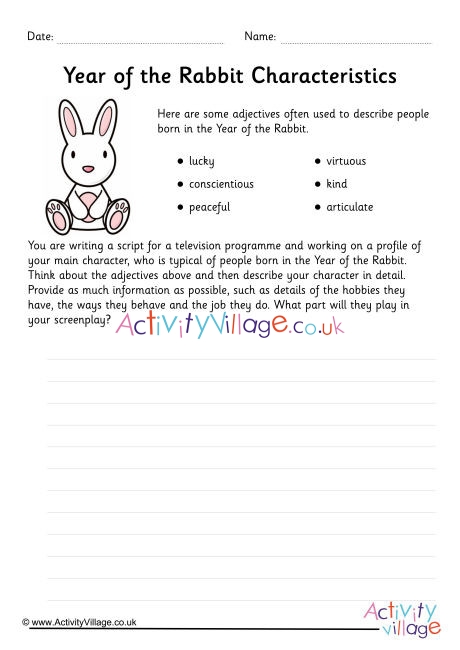 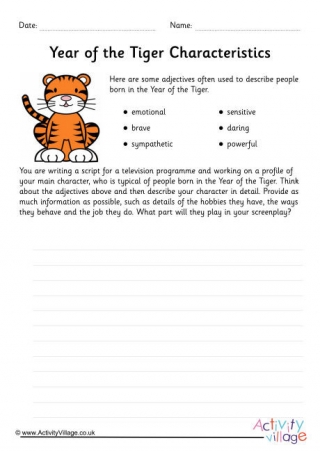 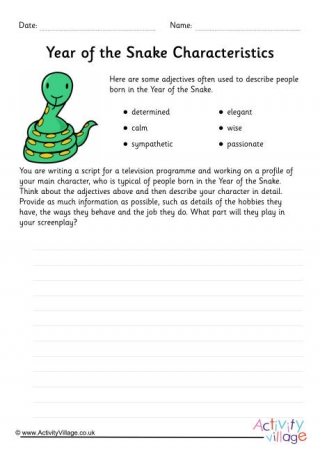 People born in the Year of the Snake are said to be determined, calm, sympathetic, elegant, wise and passionate! This worksheet asks the children to create a character who possesses these character traits and then describe them in detail. 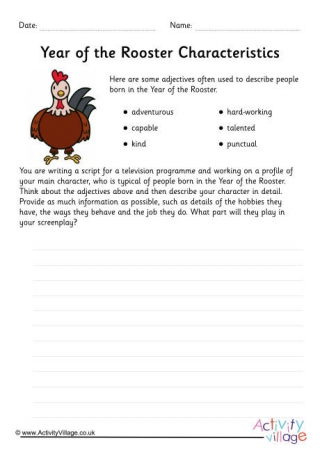