Andy Murray is a professional Scottish tennis player, winner of the gold medal in the men's single's final and the silver medal in the mixed doubles of the Summer Olympics 2012, and Grand Slam singles winner in 2012 (the first British man to win a Grand Slam since 1936).

Andy was born in Glasgow in 1987 and, together with his brother Jamie (also a professional tennis player) attended Dunblane primary school.

Fun Fact: Andy was asked to train at the Rangers Football Club School of Excellence when he was 15, but decided to carry on with tennis as his career instead. 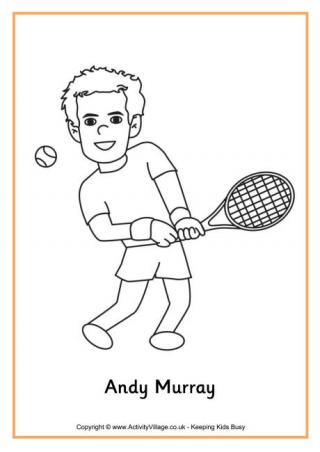 A colouring page of the tennis hero Andy Murray, aimed at younger children... 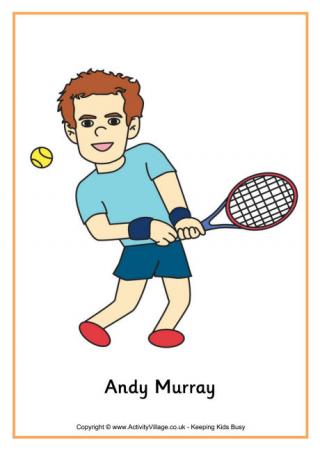 A fun cartoon poster of Andy Murray to print for the kids. 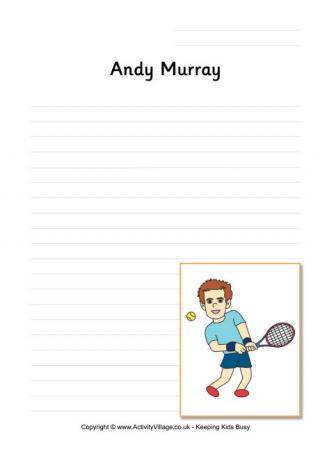 Use this writing page to write about Andy Murray. Choose from black and white or colour. 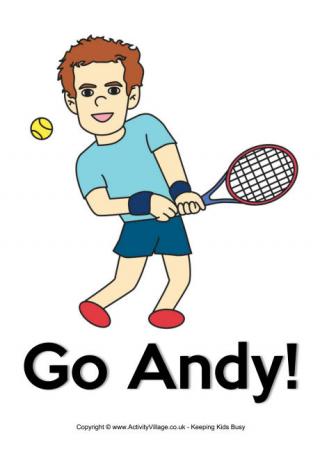 We made this "Go Andy" poster for fans who wanted to support Andy Murray at Wimbledon 2013 - and obviously it was a great success! 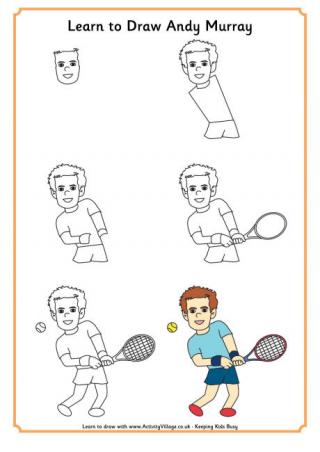 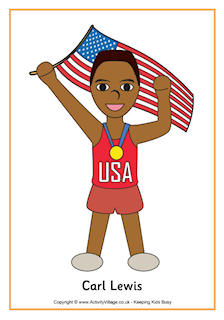