We often get some snow where we live in the North of England during winter, but it’s been a while since we’ve had a proper snow day when the schools have closed. So you can imagine the excitement when my ten year old opened the curtains on a Wednesday morning to a covering of deep, crisp snow! After a short while waiting to hear from school (this felt like a very long wait for my son!), we finally received the message to say that school was closed for the day.

At 8.15 am my son was already dressed and we headed outside to build a snowman. We then went to the local park and enjoyed an hour or two sledging. After all these fun snow activities, we all had cold, soaking wet gloves and frozen feet! We needed to stay indoors for a little while so we could all warm up and dry our wet clothes. I decided to print off some winter-themed printables and puzzles from Activity Village for a bit of fun while we sat in front of the fire and enjoyed a hot chocolate.

I thought it might be nice to create a keepsake to help remember our snow day, so we printed off the Snowy Day Picture Gallery. There are lots of picture gallery printables to choose from on Activity Village, and each one has space to draw five individual pictures, or you can cut and paste some photographs if you prefer. My son decided to draw a picture of us sledging at the park, but he also added four lovely snowy photographs we’d taken that morning and printed out (great for practising cutting and pasting skills). The picture frames are black and white, so children can colour in the frames if they prefer (my son chose wintry blue and silver colours), and there’s space to write a label under each picture. 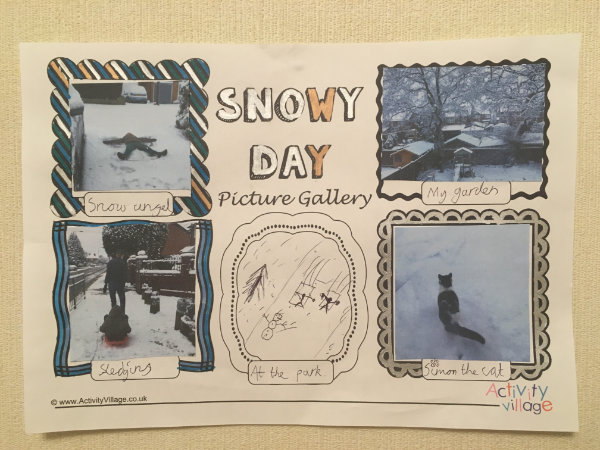 Next, my son had a try at the snowflake symmetry worksheet. The aim is to draw the second half of the picture, using the principles of symmetry to fill in the missing parts on the grid. 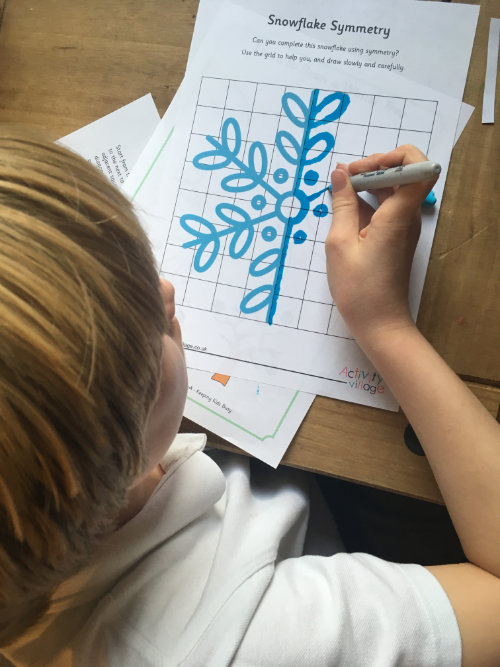 This activity requires quite a lot of concentration, and there was a little bit where he went slightly wrong, but the end result still looks lovely. 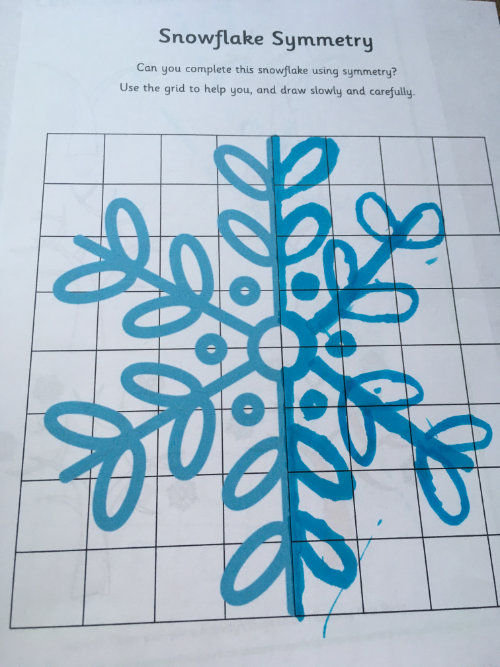 Puzzles are an ideal indoor activity for a wintry day, and  my son wanted to try the winter-themed letter elimination puzzle. He had to answer the five winter-themed clues, then cross off the letters in the grid from each answer until all the letters had been eliminated (he wanted to colour in the squares rather than cross them off). 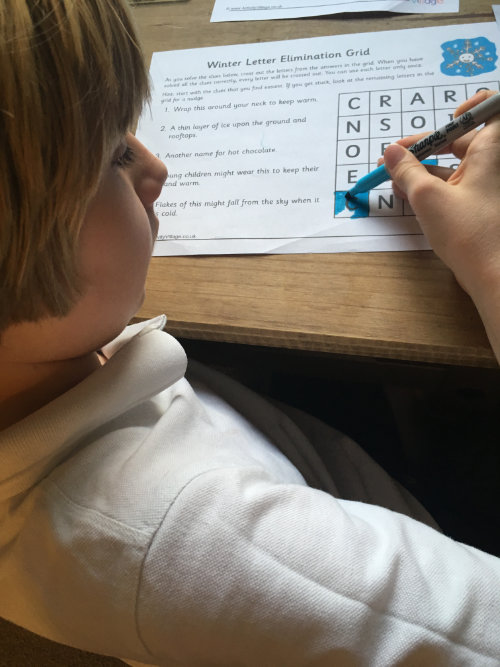 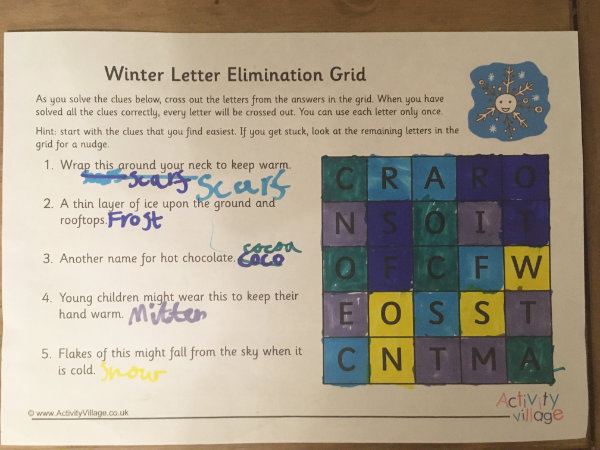 Letter elimination puzzles are ideal for older children, as they’re a little bit challenging but just about easy enough to complete on their own. The solution is available to download too if your child wants to check the answer themselves.

We’re hoping spring is on its way soon, but if we do end up with another snow day before winter is finished there are plenty of other winter-themed puzzles and printables for us to try out!

This is a guest post from Clare. Clare is a parent of two boys aged 13 and 10. She began her  career as a technical writer, but since having her boys has worked mostly from home writing content for websites including Activity Village. She often helps out at her youngest son's primary school, and spends weekends and holidays going on adventures with her boys. 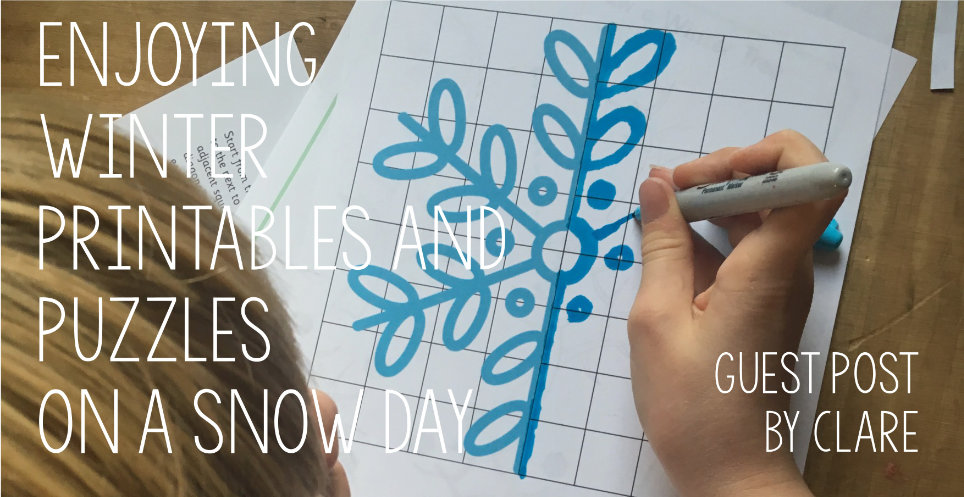