This photograph shows Emmeline Pankhurst, intrepid suffragette and campaigner for women's rights, taken in 1913 - when she was about 55 years old. She looks like she's made of stern stuff, doesn't she? 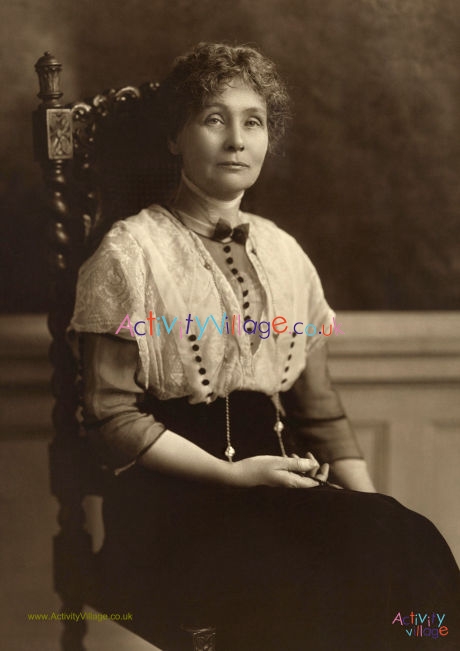 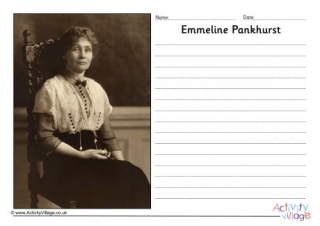 This second story paper for Emmeline Pankhurst includes a well-known photo of her in her later years, aged 55. It's perfect for the kids to summarise what they have learned about this determined woman. 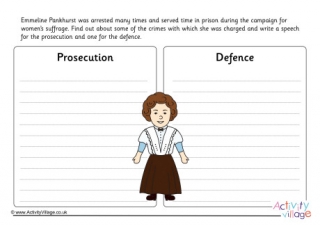 Suffragette Emmeline Pankhurst was sent to prison many times during the campaign for women's suffrage. This worksheet asks the children to research the crimes she was charged with, then write a speech for the prosecution and one for the defence. 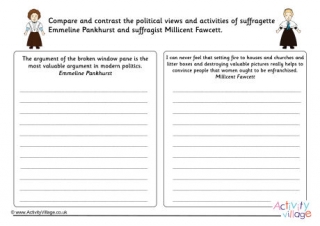