Find out about Libya, on the north coast of Africa. As the continent’s fourth-largest country, Libya is a nation of immense oil wealth, but this dry, barren land has also faced years of political instability. Use our collection of resources below to find out more. 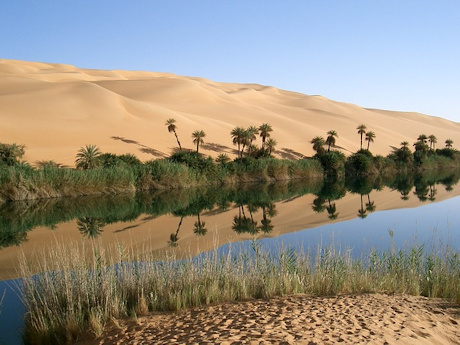 The Libyan flag consists of a white star and crescent on a black band, with a red band above and green band below. The flag of Libya was introduced in 1951 following the creation of the Kingdom of Libya. 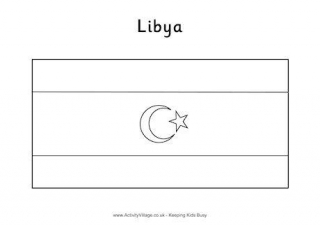 Here is a colouring flag for Libya. Leave the crescent moon and star white, then colour the stripes red, black and green from top to bottom. 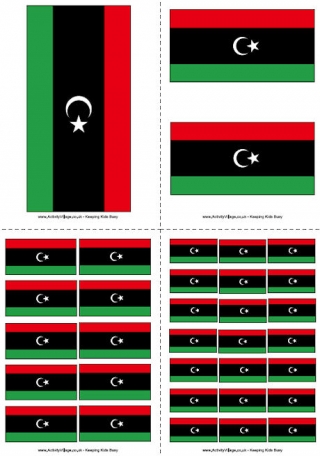 The PDF file below has four different sizes of the Libya flag ready for printing. 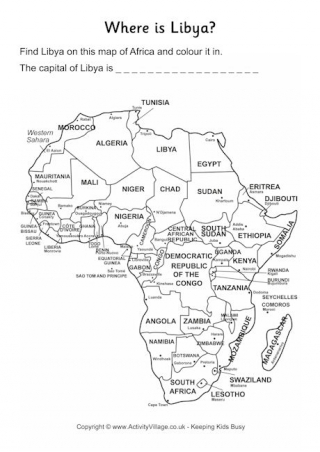 Help children locate, and then learn the location of, Libya, with these fun location worksheets. 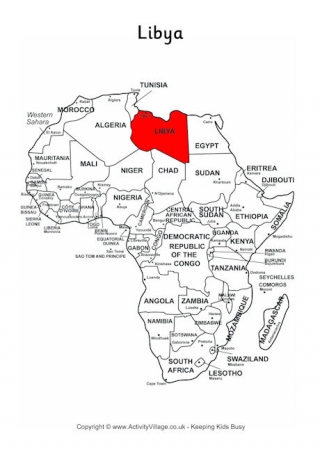 This outline map of Africa shows Libya's position at the top of the continent very clearly. 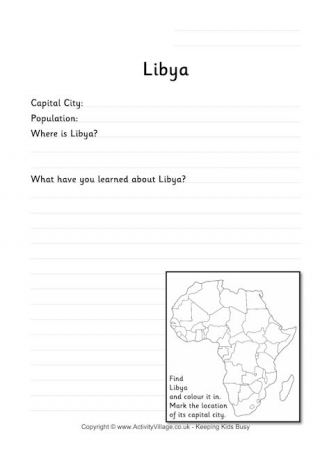 What do the kids know about Libya? Find out with the help of this worksheet.