Moles are small mammals which live underground and dig - in fact, they can dig an amazing 14 metres in one hour! They have very small eyes and very bad eyesight, but excellent senses of smell and touch to compensate. They eat worms!

Fun fact: moles used to be known as mouldywarps! 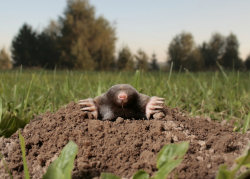 Isn't this a great photo? It isn't often you can see a mole peeping out of his mole-hill like this! 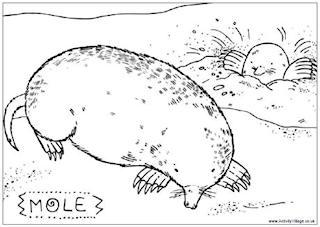 Mole Colouring Pages
We've got two mole colouring pages, one detailed and realistic for older kids and one with... 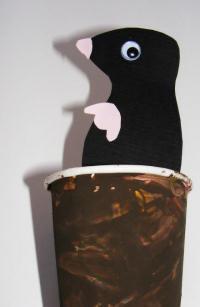 Mole Crafts
Moles are funny little creatures, and usually the only evidence we have of them is the unsightly... 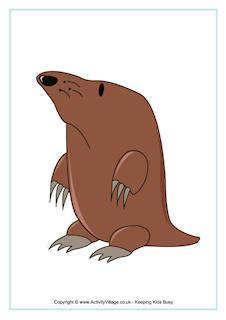 Mole Printables
Whether you are studying moles as part of a British Wildlife theme, or you just like these funny... 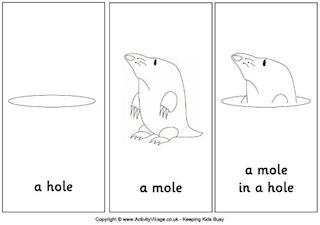 Mole Worksheets
A fun set of mole worksheets for kids of all ages, perfect for an animal or wildlife theme.

There is a very well-known Mole in Kenneth Grahame's wonderful book, "The Wind in the Willows." Here is a scene from the first chapter of the story, when Mole meets Water Rat and they start on an adventure. 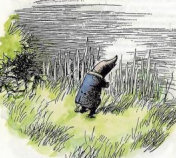 'Would you like to come over?' enquired the Rat presently.

'Oh, its all very well to TALK,' said the Mole, rather pettishly, he being new to a river and riverside life and its ways.

The Rat said nothing, but stooped and unfastened a rope and hauled on it; then lightly stepped into a little boat which the Mole had not observed. It was painted blue outside and white within, and was just the size for two animals; and the Mole's whole heart went out to it at once, even though he did not yet fully understand its uses.

The Rat sculled smartly across and made fast. Then he held up his forepaw as the Mole stepped gingerly down. 'Lean on that!' he said. 'Now then, step lively!' and the Mole to his surprise and rapture found himself actually seated in the stern of a real boat. 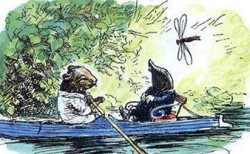 'This has been a wonderful day!' said he, as the Rat shoved off and took to the sculls again. 'Do you know, I've never been in a boat before in all my life.'

'What?' cried the Rat, open-mouthed: 'Never been in a—you never—well I—what have you been doing, then?'

'Is it so nice as all that?' asked the Mole shyly, though he was quite prepared to believe it as he leant back in his seat and surveyed the cushions, the oars, the rowlocks, and all the fascinating fittings, and felt the boat sway lightly under him.

'Nice? It's the ONLY thing,' said the Water Rat solemnly, as he leant forward for his stroke. 'Believe me, my young friend, there is NOTHING—absolute nothing—half so much worth doing as simply messing about in boats. Simply messing,' he went on dreamily: 'messing—about—in—boats; messing——'

It was too late. The boat struck the bank full tilt. The dreamer, the joyous oarsman, lay on his back at the bottom of the boat, his heels in the air.

'—about in boats—or WITH boats,' the Rat went on composedly, picking himself up with a pleasant laugh. 'In or out of 'em, it doesn't matter. Nothing seems really to matter, that's the charm of it. Whether you get away, or whether you don't; whether you arrive at your destination or whether you reach somewhere else, or whether you never get anywhere at all, you're always busy, and you never do anything in particular; and when you've done it there's always something else to do, and you can do it if you like, but you'd much better not. Look here! If you've really nothing else on hand this morning, supposing we drop down the river together, and have a long day of it?'

The Mole waggled his toes from sheer happiness, spread his chest with a sigh of full contentment, and leaned back blissfully into the soft cushions. 'WHAT a day I'm having!' he said. 'Let us start at once!' 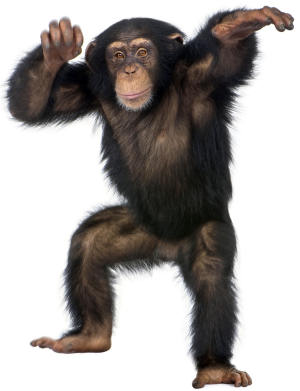