Find out some interesting snippets of history, geography and culture about Ukraine, Europe's second largest country, and enjoy our collection of Ukrainian flag printables. 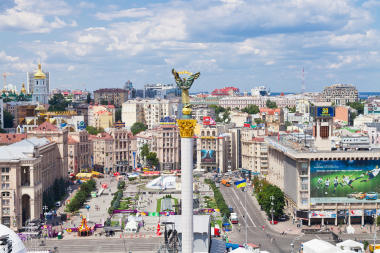 About the Ukrainian Flag

The flag was officially adopted as the national flag in 1992. 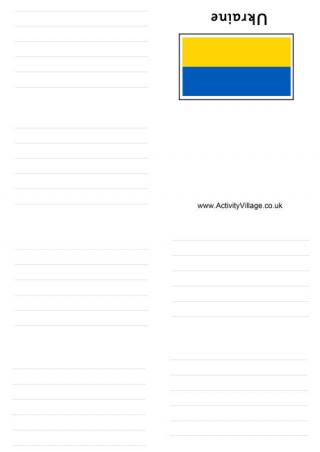 Use this little folding booklet to store facts and figures about Ukraine. Origami booklet instructions can be found here. 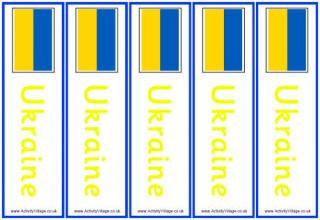 We have four sets of bookmarks you can print for Ukraine: two in colour, two in black and white, two with names, two without. 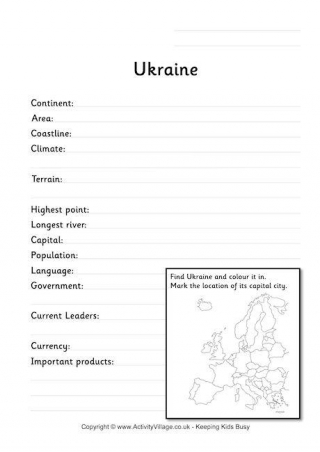 Find out some facts about Ukraine to fill in this worksheet, which includes some simple location work. 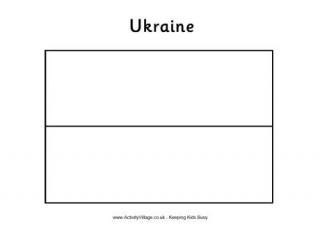 Colour in the Ukraine flag - you'll need blue and yellow. 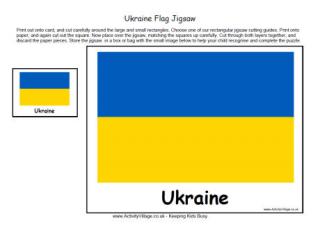 This jigsaw takes only minutes to make but it's fun to put together again and is a great way to help the kids remember what the flag of Ukraine looks like. Instructions and cutting guides here 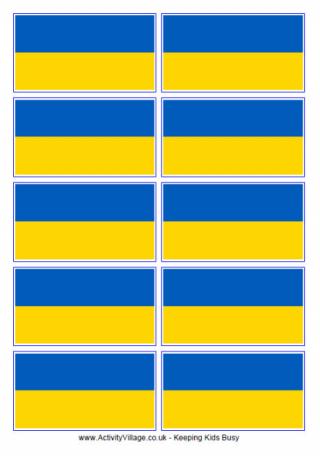 Print out the flag of Ukraine in three different sizes. 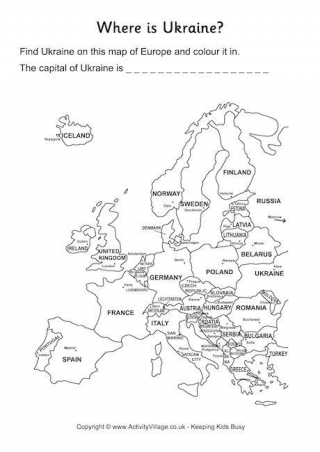 This simple worksheet asks children to locate Ukraine on our simplified map of Europe, and write down the capital city. 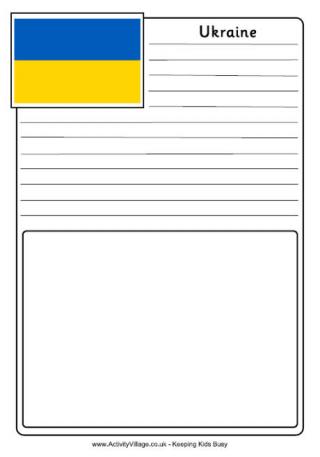 Use our notebooking pages to store what you've learned about Ukraine. Page 1 has space for a map or drawing, too. 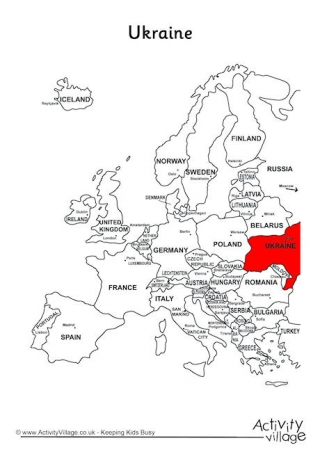 This simplified outline map of Europe shows the location of Ukraine in red. Useful for your location work! 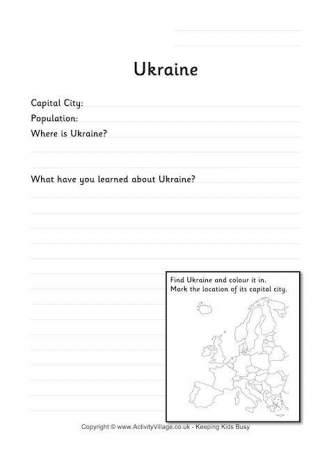 This worksheet on Ukraine for younger children asks them to find out a few simple facts and organise their research here.