Whenever there is a patriotic event, you are studying the country, or you want to decorate in red, white and blue, you'll want to have lots of Union Flags on hand! We've got all sorts of printables and flag fun below.

The Union Flag was formed with the union of England, Scotland and Ireland. The flag is more often (incorrectly) referred to as the Union Jack - but it is only the Union Jack when it is flown from a ship! Print out a page of 12 cupcake flags. Grab some toothpicks and glue and you are ready to decorate your cupcakes! There are two pages in this pdf file - the first with the name of the flag, the second blank. 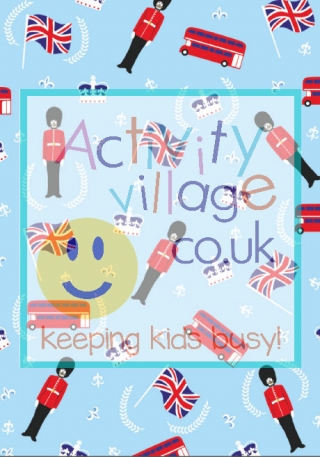 This lovely scrapbook paper is useful for patriotic displays, London topics, anything to do with the UK or the royal family - or for little boys who like London buses and Guards and flags! Print out stack of Union flag bunting and string them around the house, classroom, garden or wherever! Perfect for any patriotic or royal occasion! 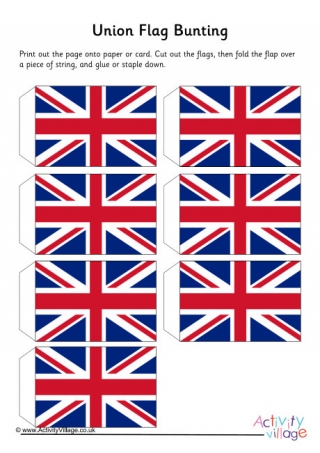 This is a quick way to string up a line of Union Jack bunting! With 7 little flags per page you won't need to print too many pages to get a nice long line, and you could lay multiple page on top of each other while cutting out. 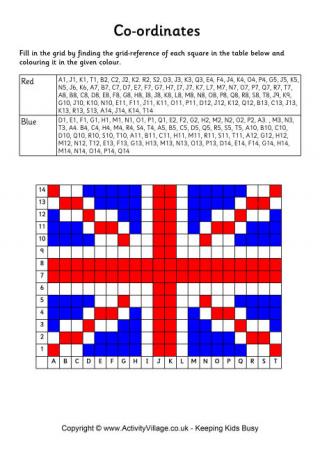 Fill in the grid by finding the grid reference for each square and colouring it in the right colour. When you are done, the United Kingdom flag will be revealed! 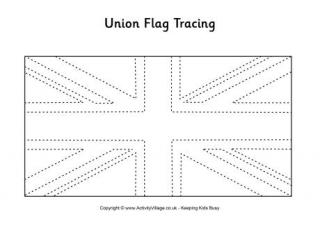 Younger children can trace over the lines of the Union Flag (better known as the Union Jack) before colouring it in. Can the children do a little research about the Union flag and answer the questions on this fun worksheet? Print our little United Kingdom flag booklet and use for storing interesting facts and research about the flag itself, the country of the United Kingdom or British Royal Family? Instructions for folding can be found here. These fun bookmarks feature the United Kingdom flag and come in four variations, including 2 which the kids can colour in. You can laminate them too for extra durability. Here's a high quality colouring page of the UK's national flag, the Union Flag (more commonly known as the Union Jack). Colour it in traditional (and correct) red white and blue, or go mad with other colours! 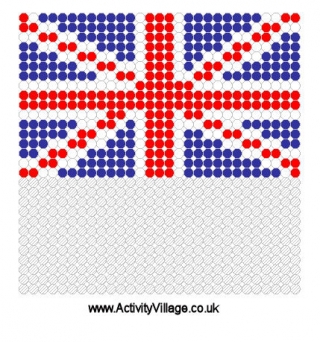 Our Union Flag fuse bead pattern is just right to pe used as a coaster for your drink for a sporting or royal event, or for decoration at any time. Ideas for using fuse beads here. We have a printable pattern ready to download. 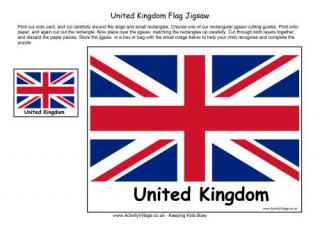 Here's a fun United Kingdom flag jigsaw printable for the kids - just print, cut out using our guides, and have fun putting it back together again. 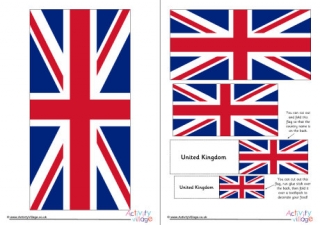 We've got 5 sizes of Union Flags for you to print here - from large to tiny toothpick size! Use them for projects, decoration and bunting... This United Kingdom flag ribbon is perfect for patriotic crafts or for celebrating a Royal event! 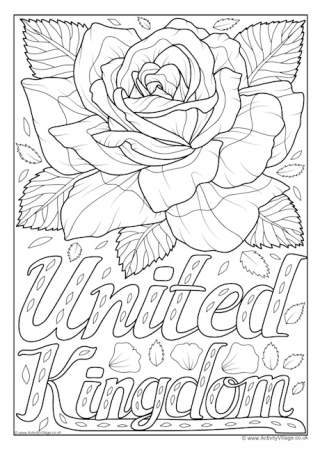 The national flower for the United Kingdom is, of course, the rose. Roses come in lots of different colours, so you can choose whichever you like for the rose on this colouring page. Use this notebooking page to collect facts about the United Kingdom, or maybe to write about a Royal event? We have two versions to choose from, including a page with space to draw a picture or map.