50th Anniversary of the Moon Landing

On 20th / 21st July 1969, spaceflight Apollo 11 landed on the moon and Commander Neil Armstrong and pilot Buzz Aldrin stepped onto the moon's surface to explore and collect material to bring back to earth. Neil Armstrong's first steps on the moon were broadcast live on television worldwide - a truly remarkable achievement for the United States. All over the world people heard Neil Armstrong's words: "one small step for (a) man, one giant leap for mankind."

As 2019 marks the 50th anniversary of the first moon landing, we have pulled together a collection of relevant resources to use with the kids. More coming soon! 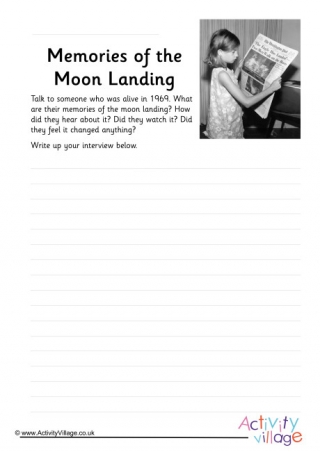 This Moon Landing worksheet encourages the kids to ask someone who was alive in 1969 to talk about their memories of the Moon Landing. A fun and personal way to do some research! 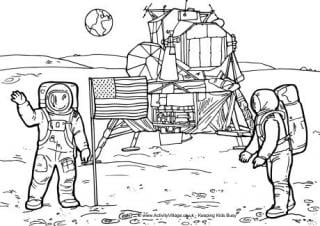 This lovely, detailed colouring page for older children shows the moon landing of Apollo 11 in 1969, with Neil Armstrong and Buzz Aldrin taking man's first steps on the moon. We have two versions available: the full size version should be printed with borderless settings. 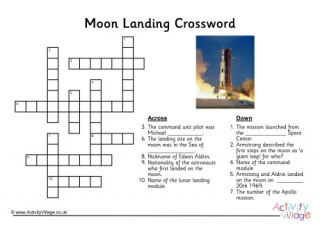 All of the clues for this crossword are to do with the Moon Landing. Can the kids solve them then complete the crossword? 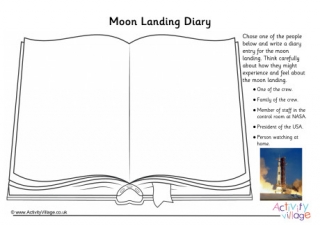 Can the kids write about the Moon Landing from the point of view of one of the crew, their family, Nasa control, someone watching at home or even the president of the USA at the time? How would the experience be for them? 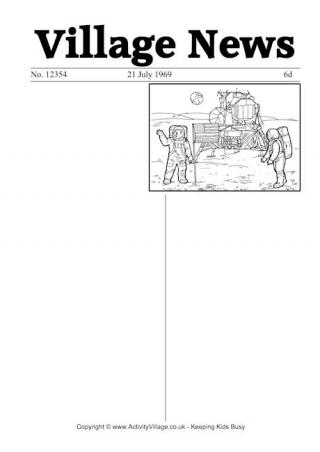 Imagine that you were writing about that most exciting event of the 1960s - the Moon Landing - for the village newspaper. What would you write? Choose from two versions of our printable below. 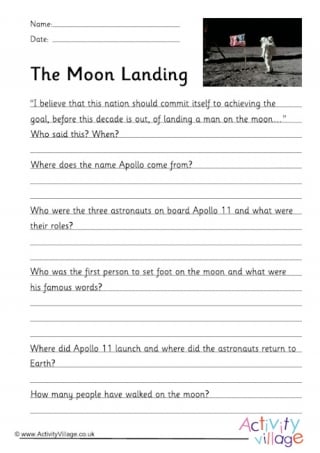 This fun fact-finding worksheet will encourage the kids to do some research on the moon landing. 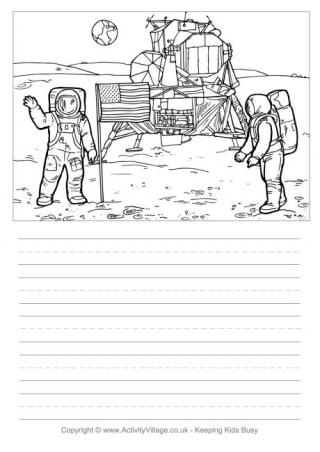 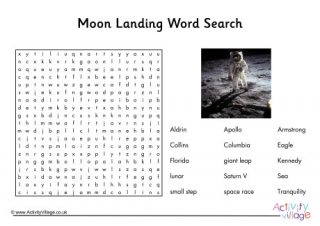 Can you find all the words to do with the Moon Landing hidden in this wordsearch? Just print and start looking... 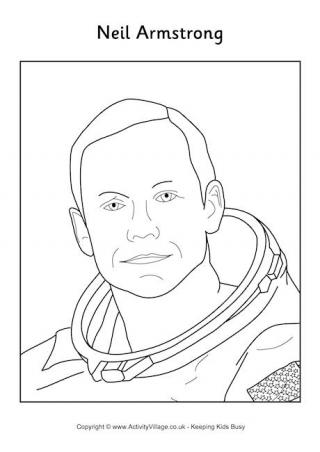 Here's a "realistic" colouring page based on a photo of that most famous of astronauts, Neil Armstrong. 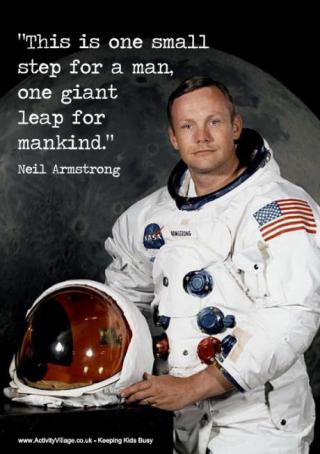 "This is one small step for a man, one giant leap for mankind." Anyone who was around in the late 1960s will always remember those words, spoken by Neil Armstrong as man walked on the moon's surface for the first time. 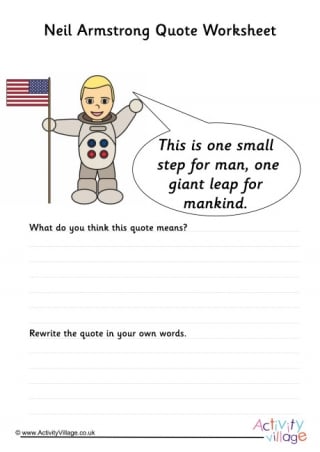 "This is one small step for man, one giant leap for mankind." This worksheet is based around perhaps one of the most well-known quotes ever made, by astronaut Neil Armstrong! 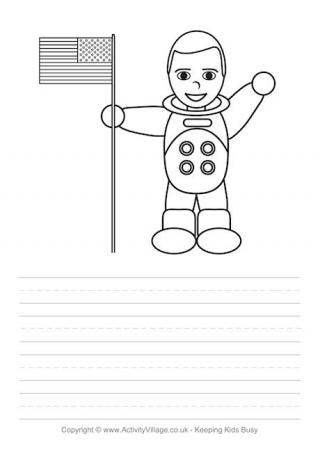 This is Neil Armstrong, the first man to walk on the moon. Use this paper to write a story, poem, or ideas inspired by him and his amazing adventure in space. 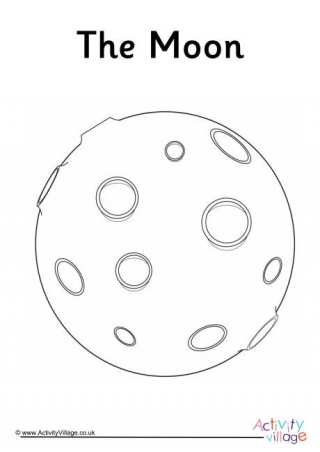 Colour in this picture of the moon, complete with craters, and display as part of a space theme or solar system topic. 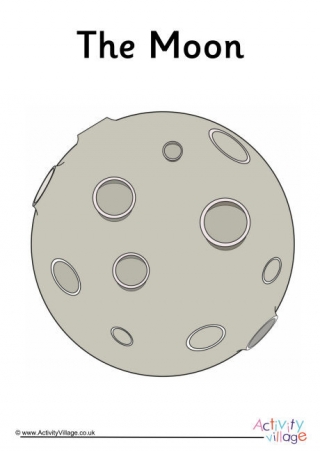 Did you know the Moon was formed an incredible 4.6 billion years ago? Here's a poster to display on its own or with our posters of the Sun and the planets.

Of course, the astronaut who took the first steps on the moon is the one whose name is best remembered. Learn about Neil Armstrong and discover how he came to be that man. 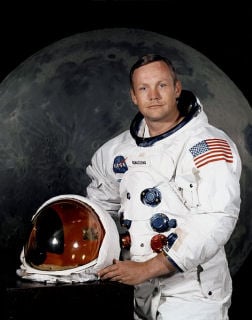 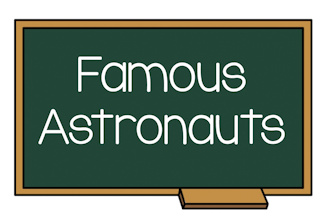 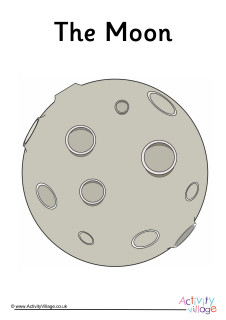 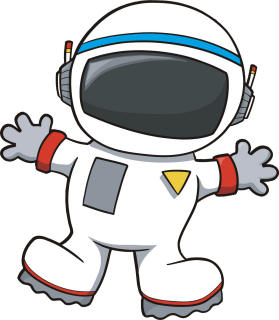