Australian Rules Football, or Aussie Rules, is a sport with similarities to rugby and football, but with its own unique set of rules and flavour! 18 players compete on each team on a large pitch, and they can move the ball towards the opponents' goal with their body in any way as long as they follow certain rules (for example, bouncing the ball or touching it to the ground every so often if they run with it). The game is thought to have originated in Melbourne in the mid-19th Century. 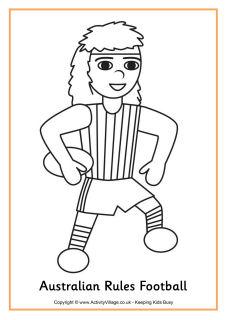 Australians and a growing number of fans around the world are passionate about Australian Rules football, so we've got an Aussie Rules football colouring page to print for the kids to colour in! Click the link below to access a high quality pdf file. 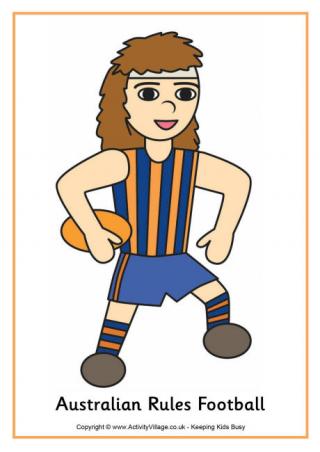 Here's our funny Aussie Rules player in poster form, all ready to print... 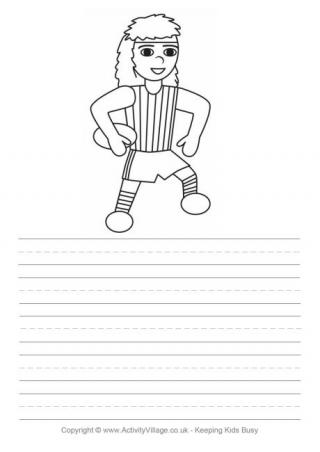 Does your child have a favourite Aussie Rules hero to write about, or imagine himself playing Aussie Rules for his favourite team when he is older? This fun paper might be useful! 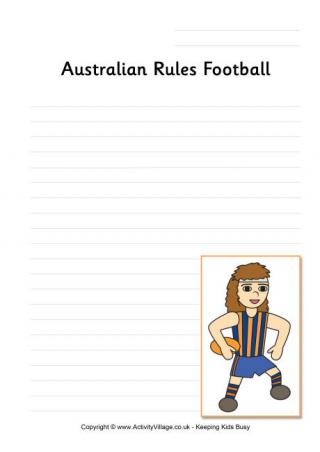 Also known as Aussie Rules, Australian Rules is similar to Gaelic football and there's no prizes in guessing where it is played now! Use this writing page for a story, poem or description on this exciting sport. 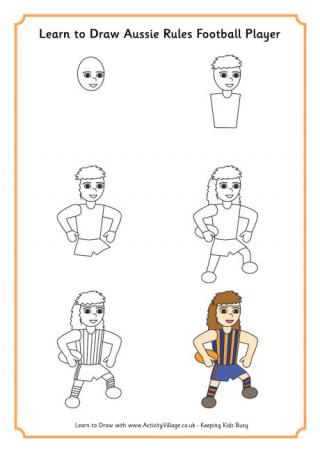 Here's a learn to draw tutorial aimed at kids who are Aussie Rules fans! Once they've learned the simple steps to putting their own picture together, they can of course draw their own favourite player, their team, or themselves... 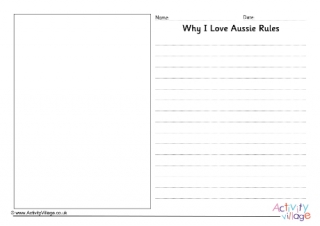 Aussie Rules Football is an exciting game to watch or play! Can the kids write about why they love it on this writing prompt page? 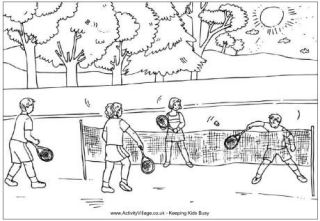