Find out some interesting facts about Azerbaijan to share with the kids, and enjoy our collection of flag-based Azerbaijan printables. 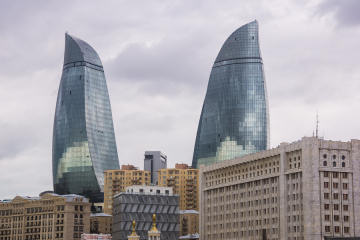 Learn a Little about Azerbaijan

About the Azerbaijan Flag 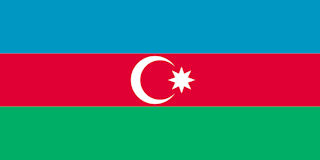 Azerbaijan's flag is a tricolour of blue (symbolising the country's Turkic heritage), red (for progress) and green (for Islam). There is a white crescent and eight-pointed star on the red centre. 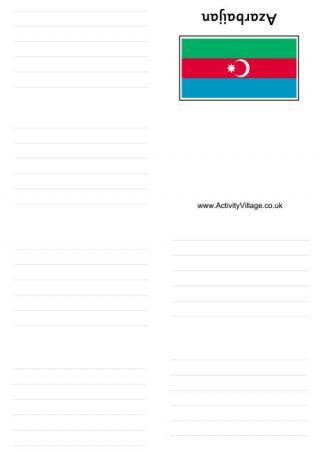 This booklet features the flag of Azerbaijan on the cover. You make it yourself by folding the page (instructions here) and your children will love filling it with facts and drawings. 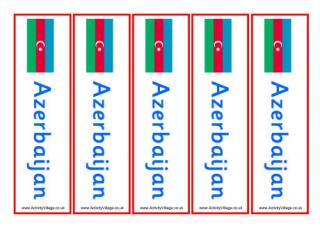 Hand these bookmarks out as quiz prizes in geography or at the end of a study session on Azerbaijan! If you've got a few minutes to fill, print the black and white version and colour them in. 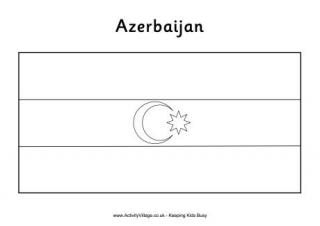 There are many smaller countries in eastern Europe whose flags are not well known; Azerbaijan for example! Take the opportunity to study it by completing this colouring in flag. 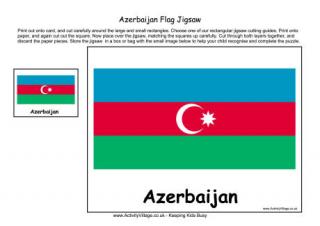 The lesser known flag of Azerbaijan makes an interesting jigsaw subject for children interested in geography. All the jigsaws on the site are easy to make, just choose a cutting template and away you go! 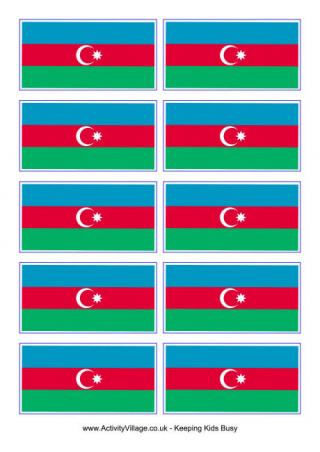 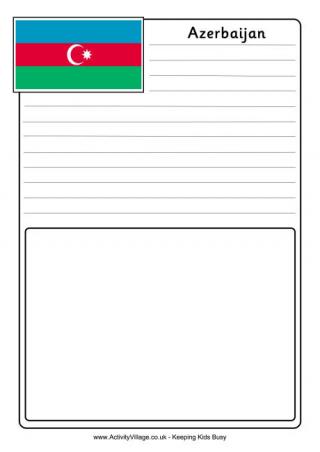 Azerbaijan is tricky to spell, but once you've mastered it you can move on to making notes about this interesting country on this special notebooking page.