We have used a few of Activity Village's jigsaws with my youngest so I thought it was time I wrote a post about what we do with them.

For each jigsaw that we print out we have found three standard ways of using them.

The first stage is where you only cut along the vertical lines (so the letters or numbers in the bottom strip are still attached to the picture). This is the easiest way. To begin with my son focused on creating the jigsaw by matching the picture pieces together. But after he did it a few times I noticed he started to pay more attention to the order of the letters. 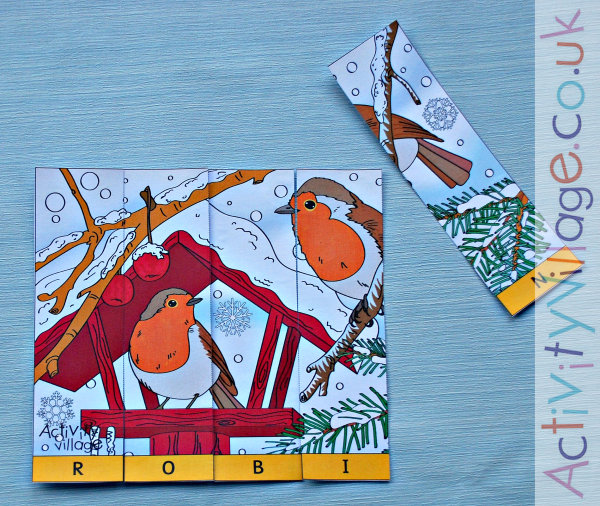 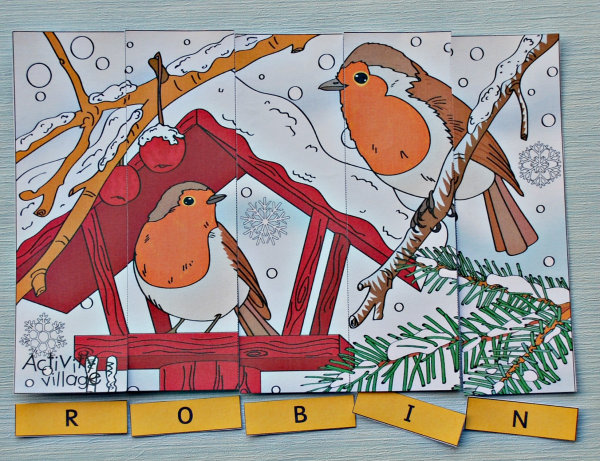 Winter robin word jigsaw, separated and put back together again

And if the kids are wanting something even more challenging you can cut the individual blocks again into smaller shapes! 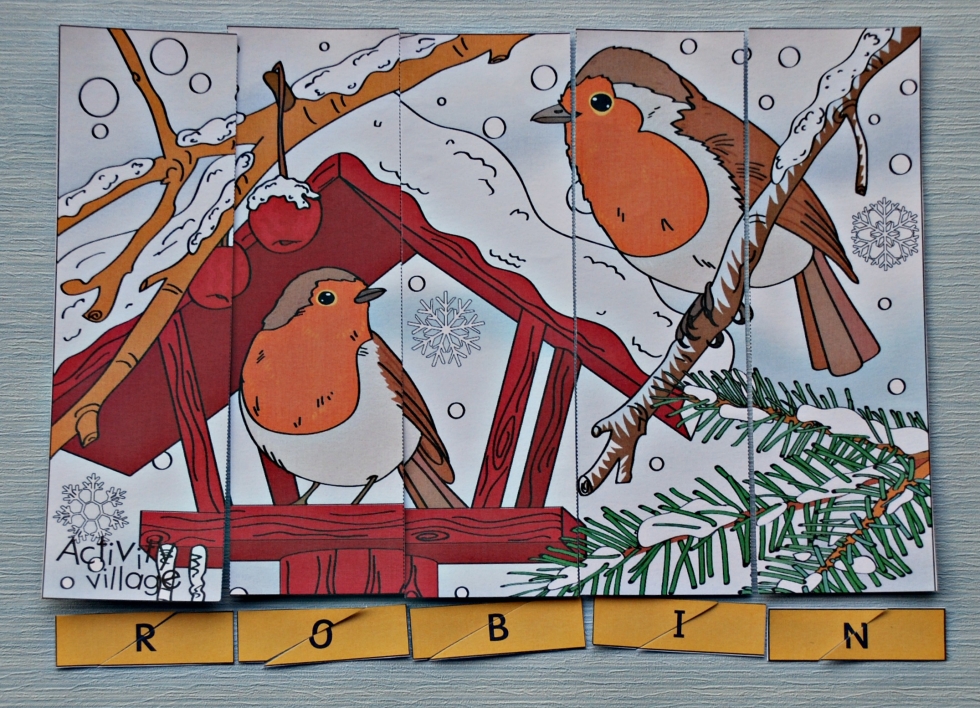 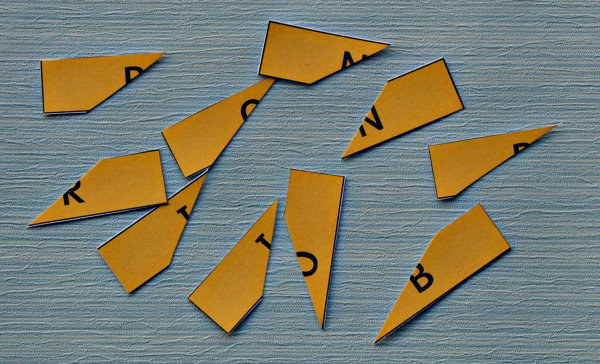 Here are the letter pieces!

With the word jigsaws we have also added another step. Once the kids are happy spelling out the word, we have made a game to see if they can use the letters from the jigsaw to create any other words. Perhaps they can reorganise the letters into a different order, or sometimes there are smaller words hidden within in the original word.

There are also back and white versions of the jigsaws which is great for saving a bit of ink and perfect for the kids to colour in themselves. 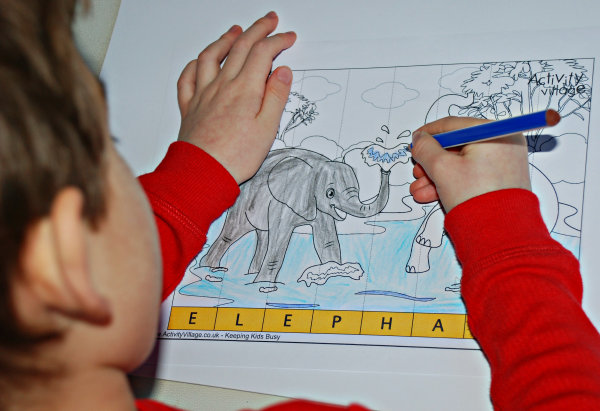 Colouring in one of the black and white jigsaws

For younger kids learning their numbers there are some basic counting (one to ten) jigsaws which work in exactly the same way as the word jigsaws; you can cut them out in vertical strips first and then later separate the numbers. 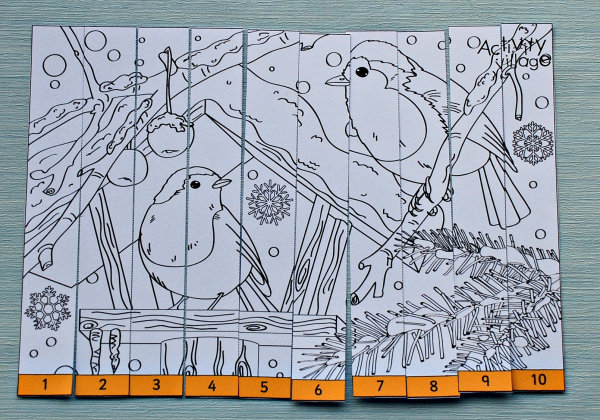 The last set of jigsaws that we have used are the ordinal number ones, for which there are also colour versions and black and white versions. 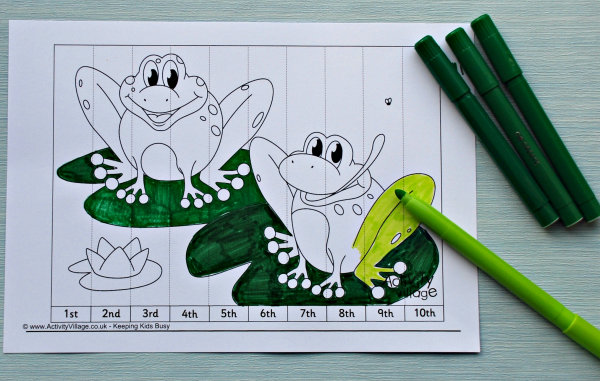 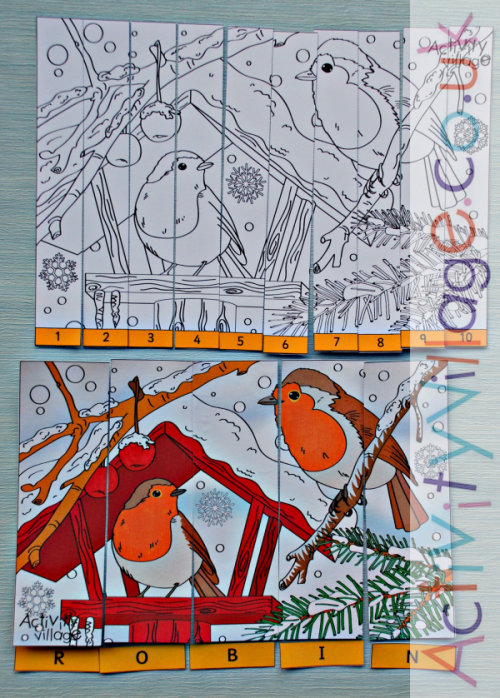 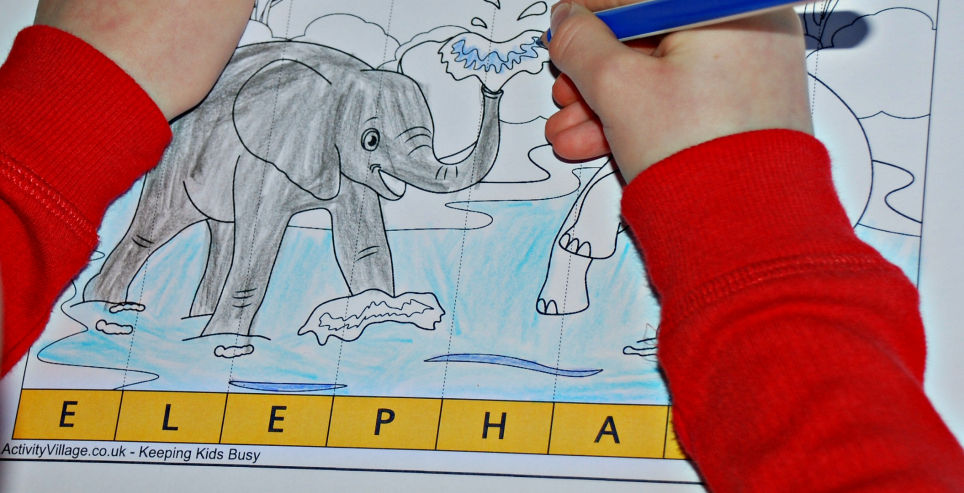