We've collected some interesting facts about Bolivia, and can also offer you a small collection of worksheets and a full set of flag printables and flag colouring page to help your studies! 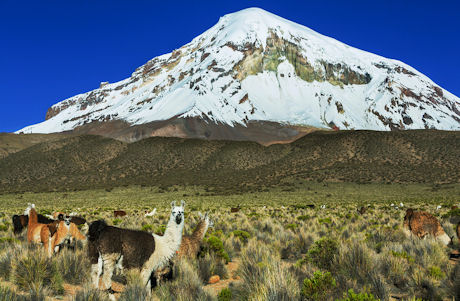 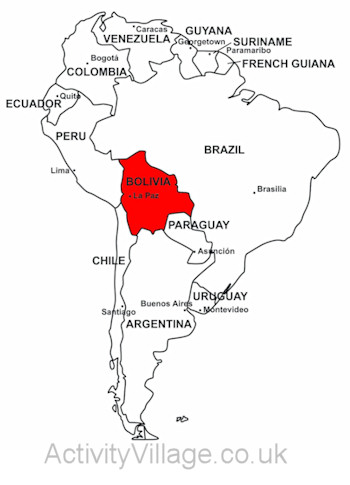 Bolivia on map of South America. We have a printable version here. 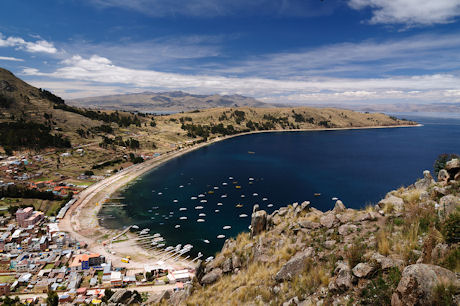 Copacabana City on the shores of Lake Titicaca, Bolivia

The flag of Bolivia has red, yellow and green horizontal bands with the Bolivian coat of arms in the centre.  The red represents valour and green symbolises fertility. The yellow band represents the country's mineral resources. The flag was adopted on November 30, 1851. 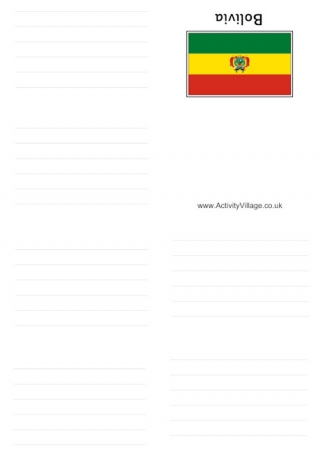 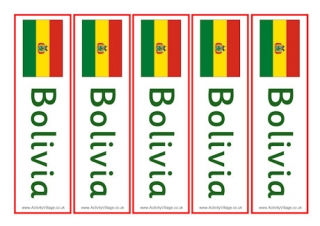 These bookmarks for Bolivia come in four variations - with or without the country name, and in colour or black and white. 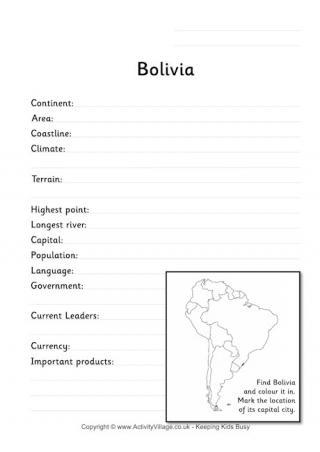 Use our fact-finding worksheet for Bolivia to encourage some research and investigation! 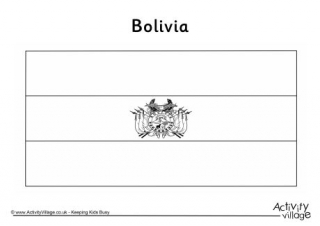 There's a lot of detail in a very small area in the centre of the Bolivian flag, making it a little difficult to colour in! But here's a Bolivia flag colouring page for those who dare to try... 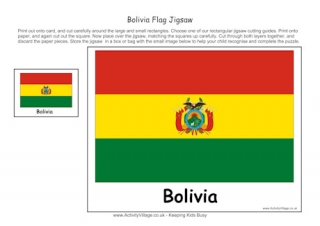 Here's our flag jigsaw for Bolivia. You can adapt to a wide age range using our jigsaw cutting guides, and it's quick to make and fun to put back together again! 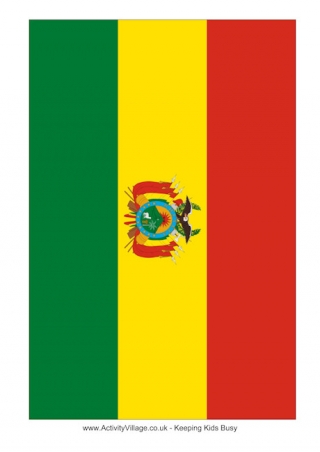 Print out the Bolivian flag in four different sizes - hopefully one of which will be just what you need! 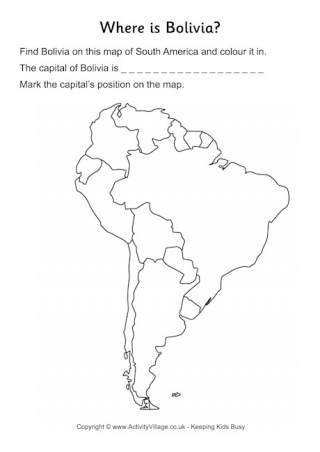 Can the kids find Bolivia and its capital city on the map of South America? The guided worksheet gives them the names of the countries and capitals, and the blank worksheet is just that - blank! 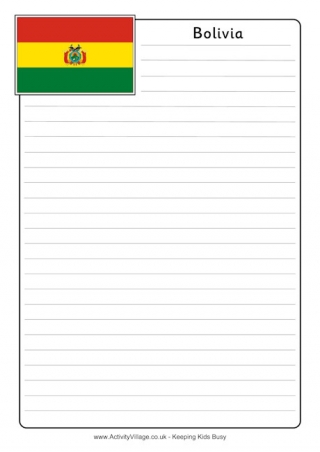 We have two notebooking pages for Bolivia - the first with space for a map or illustration. 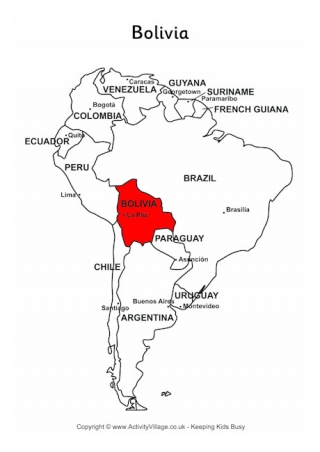 Children can use this printable outline map to study exactly where Bolivia sits within South America, who its neighbours are etc. 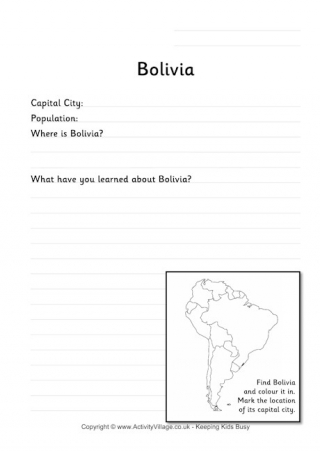 You can find out how much the children have really learned about Bolivia by asking them to fill out this simple worksheet!